Hyundai Grand i10 primed for the concrete jungle 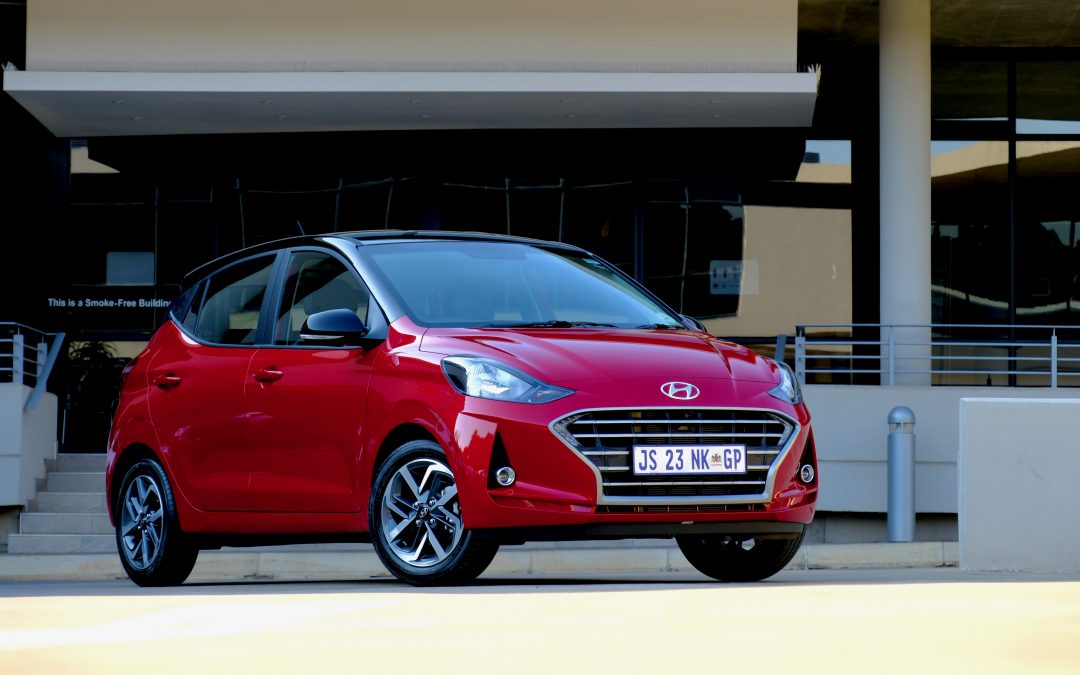 Compact hatchbacks have a special place in society, they may not be the biggest or fastest vehicles on the road but they have a role to play and they do it well. In the case of Hyundai, the Grand i10 has been their best seller for good reason, and now there’s a new kid on the block, an all-new and improved Grand i10. We got to play around with the little chap and we dubbed it Jellybean.

So you’re young, trendy and an urban dweller, or perhaps you’ve only just started driving and are in the market for a car that will be easy to pilot and won’t intimidate you. This is exactly where vehicles such as the Hyundai Grand i10 come in handy. Let’s begin where most people generally begin when viewing a new car – looks. The Grand i10’s design has taken on a softer and curvier appearance, and judging by what the previous generation looked like, things were always headed in this direction. The front end looks endearing with a touch of zest. A new grille and headlamps have transformed the Hyundai, and it also has LED daytime running lights built into the grille in the Fluid grade. With this variant, customers can enjoy a two-tone colour scheme which enhances the Grand i10’s exterior appearance. Your options are Polar White and Fiery Red, both are paired with a Black Roof. These bright colours and the Hyundai’s overall shape are what earned it the Jellybean pet name.

Hyundai has really put in the work here, the Grand i10 is well put built, with no rickety noises when closing doors or the boot. Slid into the interior and there’s even more to talk about. The Fluid range is fitted with impressive artificial black leather seats which aren’t the bland kind found in most vehicles. Here the seats are stitched in a bright red. The red theme is also found on the circular aircon vents, which further enhances the overall appearance of this interior. Speaking of the aircon – now rear passengers can also enjoy a cool breeze in the summer, through the rear vents which are service that portion of the small hatch. We keep referring to the Grand i10 as small, but maybe this isn’t the most accurate description of the Korean car. You see it may be compact, but it certainly has grown in size and now offers more room for both front and rear passengers while still feeling portable. The vertically gifted will be accommodated whichever in part of the vehicle they find themselves in – except the boot of course.

Driving a vehicle like the Grand i10 is quite a refreshing experience, especially when navigating urban environments. Whether you’re in the 1.0-litre or 1.2-litre it’s a light and easy to drive car, and despite having a small engine it’s also brisk off the line – the perfect ingredients for a city commuter. The light superbly weighted clutch combined with a light and short gear action add to the ease of driving in the Grand i10. For those still acclimatising themselves with the art of driving, this vehicle makes it simple and trouble-free. A tight turning circle and short wheelbase makes parking and manoeuvring a fun task – it can swivel on a dime. Rear park distance control is available as standard kit in the Fluid range, but Hyundai seems to have forgotten about the reverse camera. Yes, because of its size this won’t a dealbreaker for most, the lack of a reverse camera is something you can do without. Although when you consider the fact that less expensive entry-level vehicles like the Suzuki S Pressso are equipped with this feature as standard, you do feel somewhat short-changed.

When driving on the highway or driving while the aircon is on, the 3-cylinder engine requires some prodding for it to keep up with traffic. Nothing a little revving doesn’t solve, although a turbo would have made a difference in this area. A range of +-650 km is on offer from the small vehicle with a 43-litre tank, and although on paper Hyundai says the Grand i10 will average 5.4 litres per 100km, realistically we acquired a figure of 6.5-litres.