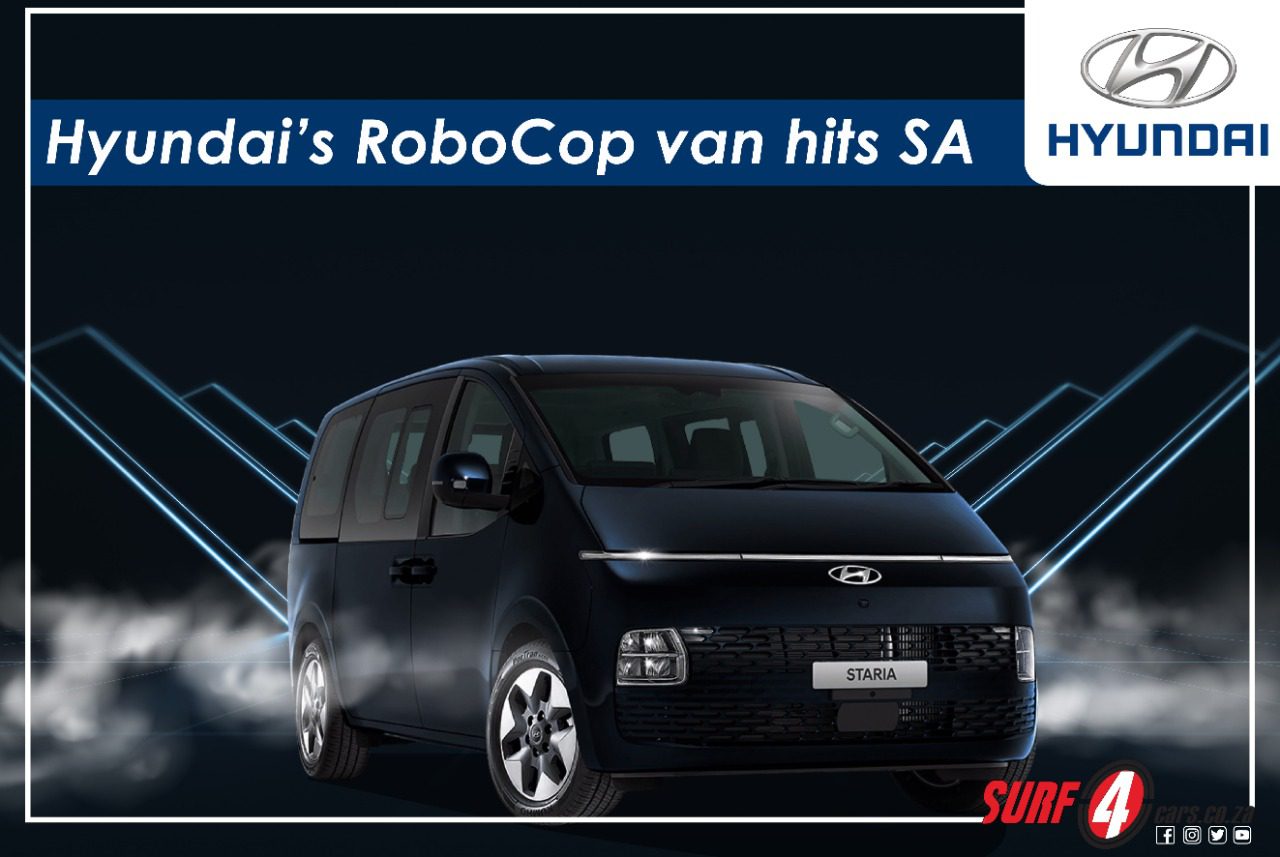 Korean brand, Hyundai introduced us to their H1 van back in 2009, and since then not much has changed in the multi-purpose van’s overall design. It may have reached its expiry date ages ago, but Hyundai maintained its position in the range. 2021 has come with winds of change as the company introduced a completely new Hyundai van into their range, the Staria.

Normally, when car manufacturers announce a future model and release render images of what is essentially a concept car, the end product never looks like the concept car. If anything, it almost always looks like a watered-down version of the pre-production vehicle. So when Hyundai released images of their upcoming Staria van, and the actual production version turned out to be a spitting image of the concept vehicle, we were all blown away, and that’s what makes the Staria stand out.

Aesthetically, the new Hyundai Staria looks like a spaceship of sorts, or like something belonging in the “concept car” section of a magazine. The magic lies in the large glass panels all around, and that front end which does away with conventional headlamp clusters. Where you would normally find the headlights, Hyundai has inserted a thin horizontal daytime running LED light instead. If you were part of the Robocop generation, you may see a striking resemblance between the half-human half-robot character and the new Hyundai Staria. Hyundai says this design was inspired by “the curve of light that illuminates the Earth’s horizon at sunrise when viewed from space.” but we all know the truth. Look beneath the horizontal light and what you’ll notice is probably the largest grille you’ve ever seen on a vehicle. What Hyundai has done to this exterior is anything but conventional – the actual headlamps are cleverly integrated into the radiator grille.

With a length and height of 5.3m and 1.9m respectively and nearly 2m in width, the Staria is built for passenger space. And speaking of interior room, the new Hyundai van can be had in 9 and 11 seater configurations, depending on what your needs are. The upholstery on these seats may be artificial leather, but most new vehicles these days have taken this direction over authentic animal hide. Each seat, barring the back row, has its own set of armrests for passenger comfort and can be adjusted to suit your preference.

From a tech perspective, the Hyundai Staria makes use of an 8-inch infotainment screen, a touch-responsive centre console and a digital instrument cluster. Smartphone mirroring through Apple CarPlay and Android Auto is available here, as well as Bluetooth connectivity which allows for multiple simultaneous connections. The top-spec Luxury Staria variant has an upgraded audio system and will accommodate your music preferences through a 12 speaker Bose system. Since its purpose in life is to ferry its passengers in comfort and convenience, the Staria not only has USB ports in the front but at the rear as well for the rest of its occupants. Entry into the Staria is facilitated by electric sliding doors and an electric tailgate in the Elite and Luxury variant.

To power this Korean van, Hyundai has opted for their proven 2.2-litre diesel engine used in the Santa Fe and Palisade. In this application, it delivers 130 kW and 430Nm of torque, through an 8-speed auto gearbox. What will all of this cost you? Well, for a starting price of R789 900 for the 9-seater, you can gain entry into the Staria club. See the comprehensive price list below.