Imagine If These Luxury Brands Made Bakkies 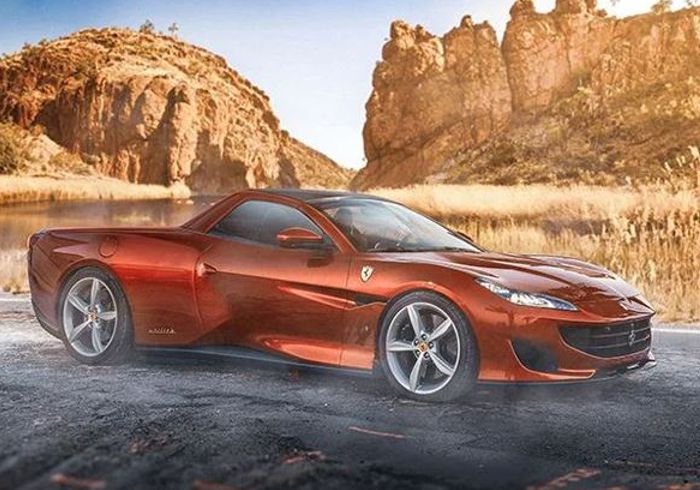 The South African bakkie market is not so much different from the Australian market.

If we wanted to know which bakkies are coming our way, a look at the Down Under market would tell you all you need to know. We shared a Bakkie or two from their shores at one point.

Utes, as they’re calling them. Do you remember the Ford Falcon Ute? I think that even the Chevrolet El Camino can pass as one, not just a single cab bakkie. The latest version of the ute that we had locally was the Chevrolet Lumina Ute SS. A large V8-powered bakkie that could crack any window out of its sill just by idling. Unfortunately, Lumina Ute left our market almost ten years ago, but you can still pick up one from as little as R109 000 on the used car market.

While that’s all good and dandy, what if automakers decided to add utens to their line-up? And no, we’re not talking about your large-scale manufacturers. We’re talking about Ferrari, Tesla, Dodge … To test the waters, Australia’s Budget Direct Car Insurance has provided a few examples of what your premium automakers might look like.

Our Audi Ute is inspired by the gorgeous RS4 Avant grille, cap, windscreen and underpinnings. It’s basically the Audi RS4 or the RS5 from the nose to the B-pillars-nice if you want your Audi pickup to be a bit sporty. Beyond that, though, this sport-luxury ute is a cardiac utility vehicle.

Ferrari has been busy. The Italian supercar-maker unveiled five new models in 2019, capped it off with the hand-bittingly gorgeous Roma GT. But for the Ferrari Ute, we shifted our focus to Portofino and its V8 engine. The Ute, like the Portofino, is a two-seater, but we replaced the folding hardtop roof with a fixed unit. Our unlikely pickup powered by a twin-turbocharged 3.9-liter V8 engine, a seven-speed dual-clutch tranny, and a rear-wheel drivetrain.

The French do not purchase utes instead, they follow their natural inkling towards small, comfortable runarounds like the Renault Megane (especially the hot Megane RS). This Renault Ute has all the qualities of a winner, with a front-end based on the new Megane RS, a stunning hot hatch.

Although it’s the smallest ute in this bunch, our Renault Ute is both practical and fun. We extended the bed to accommodate baskets of flowers, wine, cheese and baguettes, and put a powerful, 1.8-liter turbocharged four-cylinder engine under the hood. The six-speed manual is standard.