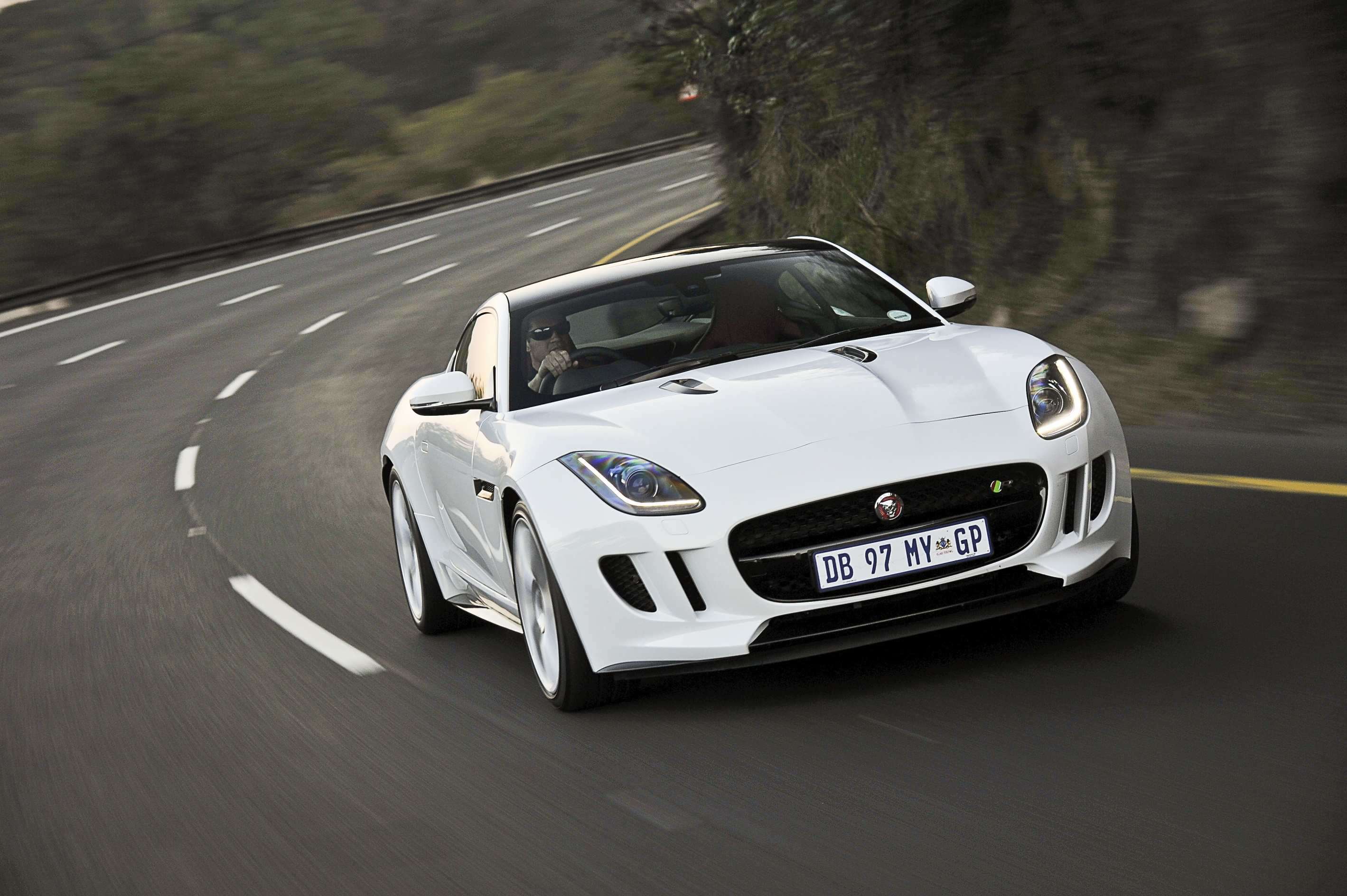 When the F-Type Roadster launched just under a year ago, like many Jaguar enthusiasts I was excited by the prospect of driving this E-Type spiritual successor. And when we tested it in 2013, it didn’t disappoint. Its successful sales performance in our market is no surprise. Now the F-Type Coupe has joined the fray: it gains a fixed roof and a more focussed nature. Jaguar chose the ever-sunny KwaZulu-Natal to launch their athletic feline. 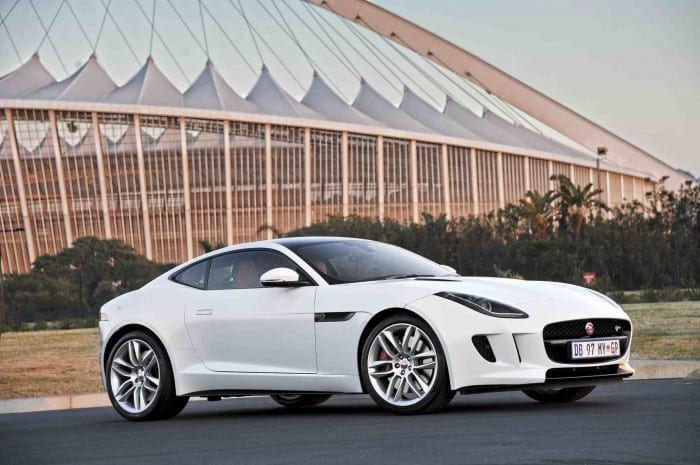 At the media introduction of the F-Type Coupe, the first thing that struck me was the masculinity of the exterior design. The adoption of a hardtop seems to have given it a beefier impression. The aggressive front grille flanked by twin shark-like gills, sleek lines and twin exhausts do a good job of making you want to hit the road. All three models were available to sample: the standard and supercharged V6 as well as the manic V8 R. Myself and a fellow journalist beelined for the eight-cylinder brute and I took the honours of the first drive.

The anticipation stirred by the pulsating Start button was satisfied, when the car breathed into life with a throaty growl. Inside, the F-Type Coupe is a first-class, sophisticated, driver-focussed cockpit. The panoramic roof is quite low, but mimics an open-air feel whilst obviously giving that feeling of hardtop security. One feels snug in the well-supportive seats, with ample legroom for driver and passenger. 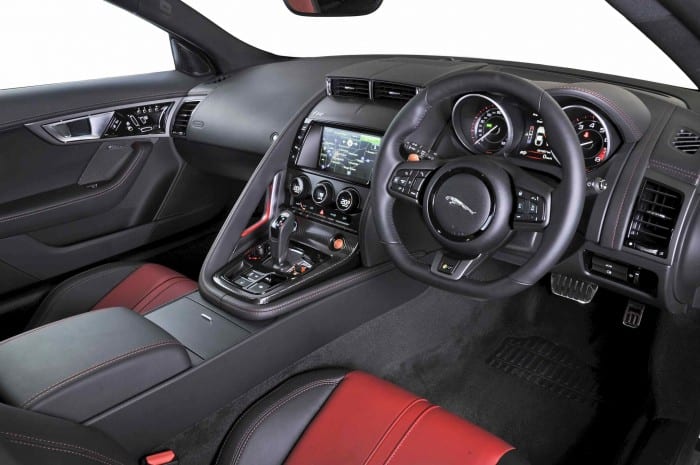 We headed off from the picturesque Umhlanga coastline. While the Coupe is easy enough to drive leisurely, we were certainly not here to drive Miss Daisy. Our big stop on the route map was the famous Roy Hesketh Race Circuit in Pietermaritzburg: a perfect place to put the fierce cat through its paces. With the prospect of some hot laps ahead, I was excited and thankful in the knowledge that previous racing experience would allow me to really put this machine’s sporting attributes to the test.

And boy did it deliver. The beastly V8 R offers character that is unrivaled. It brings some personality to the table, where peers (especially from the Teutonic brigade) are a tad too subdued for those who want the aural and visceral thrills. Pulling onto the track and accelerating full throttle, this hottest F-Type in the range is keen to give some sideways action. Wanting to keep things tidy, the traction control was promptly re-engaged. The sequential-manual transmission shifts instantly, while simultaneously delivering a menacing crack and pop through the exhaust. If you finesse it right, the eight-cylinder F-Type is reasonably balanced, as you find the apex of the corner. It felt more rigid than the ragtop model and more purposeful, as we darted out of corners with the full force of 405kW at our disposal. Next up came the supercharged V6 model. It delivers a similar experience, albeit with less of the potency of the V8. It is an easier machine to drive and actually, its power would be more than ample for all the daily driving duties. In fact it must be said that all three models in the range are unlikely to leave you unhappy. You just need to pick a flavour. Personally, I would opt for the angriest derivative: the thrills brought by its sound and pace are simply priceless.

And the cherry atop this pudding, is that you can now justify the F-Type as a practical choice. In Roadster format, its limited luggage capacity makes it unfeasible for the monthly grocery shopping, let alone for a weekend away. Now in Coupe guise it boasts up to 407 litres of storage space, which will make it more appealing to those who were once deterred. Pricing starts at R843 404 for the standard V6 F-Type Coupe. The V6 S goes for R982 404 while the flagship R sells for R1 534 189.