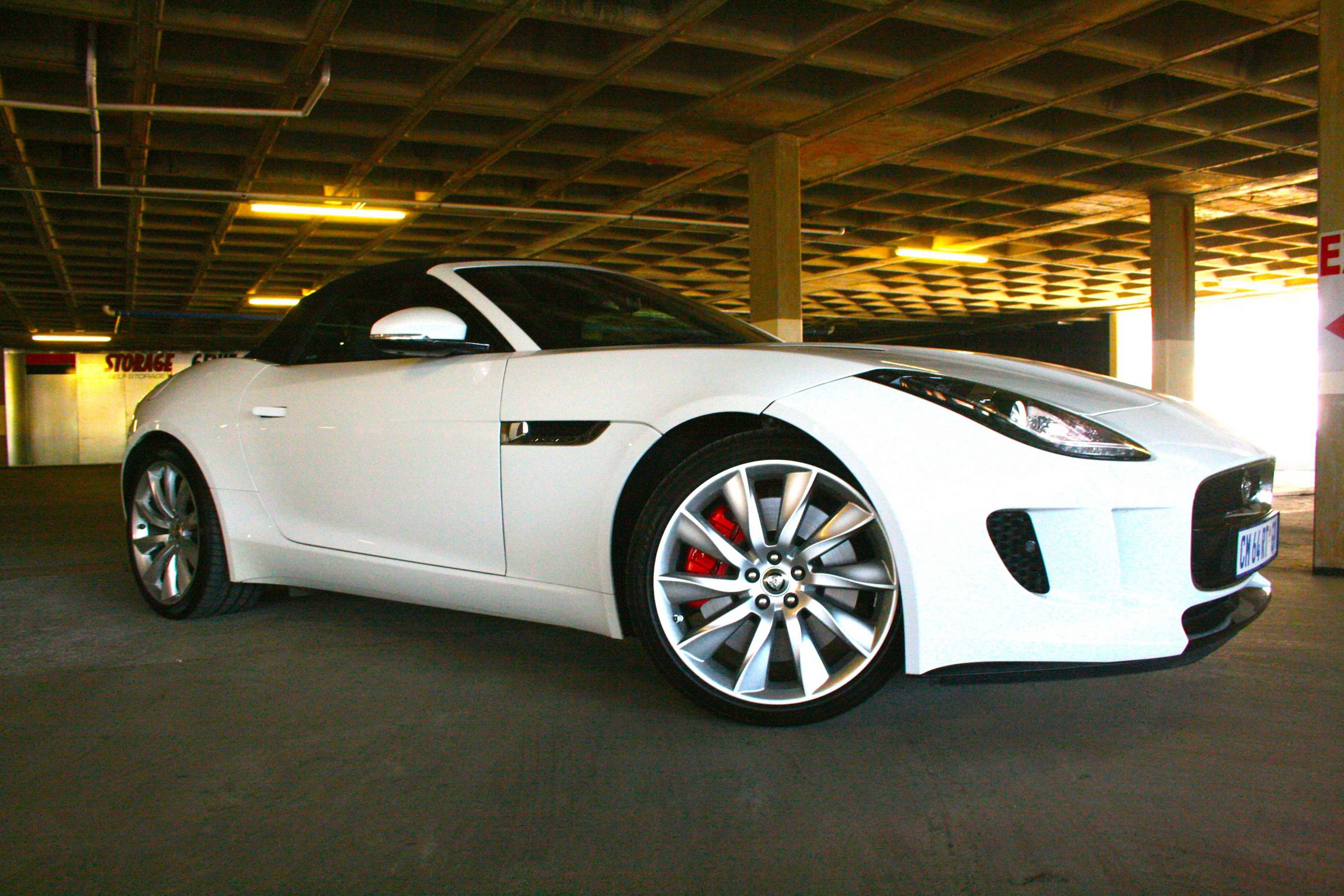 Since there was a long absence of a bona fide roadster in the Jaguar portfolio, the F-Type is inevitably cast in the shadow of its E-Type progenitor.

Forget the Swinging Sixties and look at the F-Type through Google Glass lenses. It marks a new dawn for the automaker, healthier thanks to its Indian benefactor and efforts to claw different segments of the market.

Forthcoming models, including an SUV and medium-sized sports saloon a la BMW 3-Series could see the leaping cat thrive in a habitat dominated by the German triumvirate.  The F-Type snarls in the faces of the Audi TT-RS Roadster, Mercedes-Benz SLK 55 AMG and Porsche Boxster S. 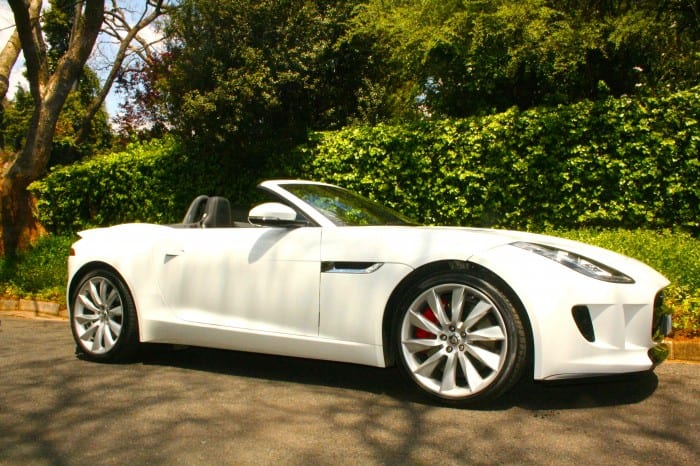 Urges to touch the Jaguar did not go unfulfilled by almost every staffer at the office. When it was delivered the customary inspection ensued; smartphones were whipped out as everyone sought to Instagram, Tweet and Facebook the sight.

The hands that sculpted these sensual lines have an acute understanding of form – either attributed to many days of petting real felines, or shapely women. The latter sounds cooler.

It culminates in a pert rear made sleeker by slit-eye lamps, a retractable spoiler and twin pipes positioned in the centre just like they were on the E-Type (the V8 model has four pipes). Even the door handles are concealed – and slide out in James Bond gadget kind of way – so as not to break the smoothness of its profile. 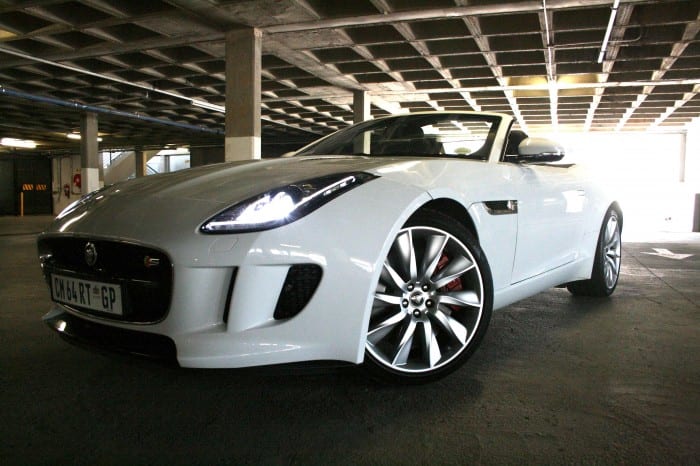 Bred to be brawny

The lengthy nose houses a supercharged V6 engine; but you can opt for the massively loud V8 version. Which is not to say this is one is subdued. You will relish covered parking lots and freeway underpasses.

The only thing “hybrid” about this cat the soundtrack: it’s fusion cooking with Rice Krispies and Ghost Pepper chillies. There’s a constant snap, crackle and pop reverberating through the exhaust system accompanied by a thundering bass-filled growl.

It feels raw and visceral, almost old school. There’s no stop-start mechanism like you’d find in any other new, modern car. And power is shifted via an eight-speed automatic transmission – no dual-clutch wizardry here. This isn’t a scalpel for the road, like the Porsche or the Audi. It’s more akin to a fast sledgehammer and it wouldn’t hesitate to take a swing at your jugular, if you set the electronic nannies off.

The F-Type is as fun and thrilling as a Jaguar should be; and is enough to make even the most Grumpy Cat smile. At R975 000 it’s far from being cheap. But wait. The overall package makes you feel like you’re getting a lot more than you paid. It looks more expensive than it actually is – with passers-by thinking that it cost in the region of more exclusive automotive exotica.

Interior quality is sublime and it’s got that swanky, supercar feel. Leather hasn’t been spared, slapped on all surfaces including the dashboard and door panels. The switches are trimmed in grippy rubber and adorned with smart-looking silver bits. Granted, the navigation system and touch-screen interface is absolutely frustrating and fiddly. But it’s standard; whereas the Germans would charge you extra.

Living with those hard, racy seats on a daily basis might become a pain in the rump and if you’re claustrophobic the sporty confines won’t do. Mind you, rivals’ interiors aren’t that much bigger. They are more practical however.

A lack of space is the biggest downside to the F-Type. It’s worse than you think. The (biscuit) spare tyre swallows most of what little boot space there is. And let’s face it, in a car like this you want to be able to hit the open road and get away for a weekend. 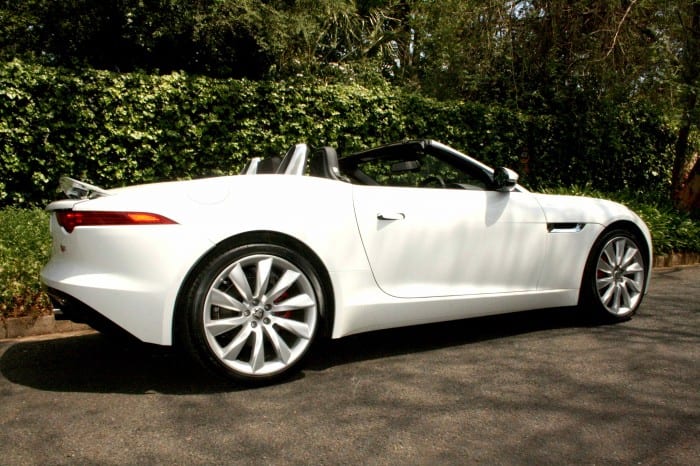 Fun with a capital F

It’s hard not to fall in love with the Jaguar F-Type. The sexy cat is laden with charisma and delivers on the promises of spirited performance and motoring excitement we’ve come to expect from Jaguar.

Sure, the F-Type is not as poised or precise as its German rivals but with all its swoon-worthy charms, you can live with that. Unfortunately its dearth of space and firm ride will count against it, among those who still want a fair deal of practicality from a sportster.

Another reason to consider the F-Type, is its universal appeal. Whereas rivals like the Mercedes-Benz and Porsche seem to garner contemptuous stares – everyone who encountered the cat couldn’t help but smile. And that’s priceless.