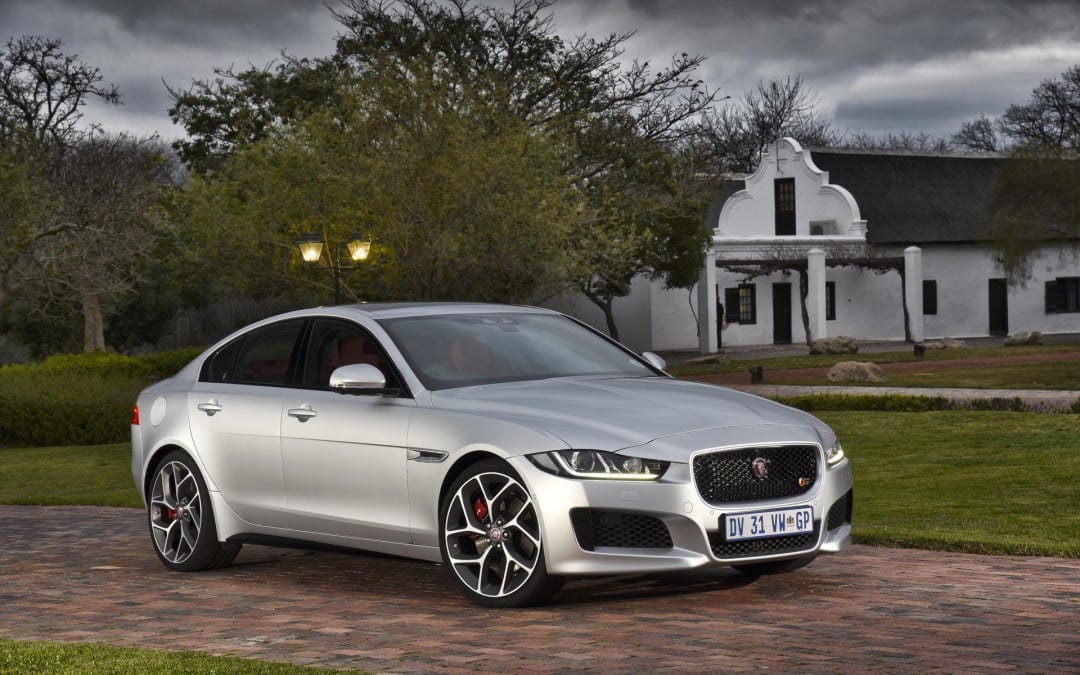 Two taps of the left-hand gearshift paddle send the revs soaring, awakening the beast under the bonnet, and a brush of the brake pedal settles some weight onto the front tyres. The car suddenly feels alert, tensed up and waiting for my next instruction, and when I tip it into the tight hairpin, it responds exactly the way I expect it to: the front end turns into the corner with neither delay nor scrabble, the rear end faithfully tracks the same arc, and as I pass the apex and roll on the power, it simply squats onto its haunches and slingshots down the next short straight section. There’s no fishtailing and no drama, but there’s a big smile on my face.

It didn’t start out that way, though. Driving fast down Franschhoek pass is a daunting prospect at the best of times, and it becomes downright scary when the road is as slippery as it was when I tackled it in the new Jaguar XE. And yet, the car inspired such confidence that the gloves came off in almost no time. The harder I pushed it, the better it played along: this really is a superb driver’s car with impeccable road holding, predictable and stable handling, and a steering system which kept me informed about every nuance of the road surface. Taken on driving enjoyment alone, the Jaguar XE certainly sets new standards for its class.

The steering deserves a special mention here: while it is assisted by an electric motor instead of a hydraulic pump, just like its competitors, there is a constant stream for feedback from the road surface passing to its driver’s hands. There’s none of the slack or stickiness you’d usually find in such systems, and it responds with immediacy and accuracy to the slightest driver inputs. While some drivers might prefer more weight to the steering, nobody could reasonably fault the way it grows heftier in feel as the cornering loads increase.

Sadly, most drivers don’t spend much time charging through challenging mountain passes. Class leading handling dynamics mean very little on the highway-bound drudgery and suburban traffic jams we’re usually confined to. What you want around town is a smooth and compliant ride quality, comfortable seats, and a hushed cabin. Fortunately, the Jaguar XE delivers on all those counts as well: its refinement levels in normal driving is uncanny, and the suspension manages to soak up everything from bridge expansion joints to potholes without allowing any jarring thump to penetrate the luxuriously-appointed cabin.

This almost supernatural combination of exquisite athletic ability and cosseting comfort is, for the most part, thanks to the all-new suspension system hiding underneath the XE’s beautiful aluminium shell. Up front, you’ll find double wishbones (just like you’d see in the F-Type sports car), while a multi-link setup does duty at the rear. The XE is the only car in its class equipped with both of these systems, reinforcing Jaguar’s stated intent of making the XE the best-driving car in its class. For that matter, the XE is the only car in its class with such an aluminium-intensive construction as well – a design decision which allows for optimal 50/50 weight distribution, again to the benefit of handling prowess.

The engine bay hosts a mixture of older- and brand-new technology, with the petrol-powered derivatives featuring the Ford-derived powerplants as found in other Jaguar-Land Rover products. There are two petrol units to choose from: the Focus ST donates its engine for the strangely-named XE 25T variant (tuned for 177 kW and 340 Nm), while the top-line XE-S uses the same supercharged 3.0-litre V6 as the entry-level F-Type, in 250 kW/450 Nm trim. The range opens with a 20d derivative delivering 132 kW and 430 Nm, and marks the introduction of Jaguar’s all-new Ingenium engine. 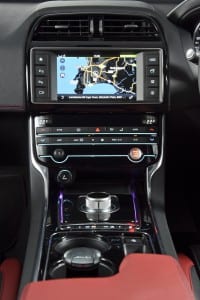 First drivetrain impressions are positive: the petrol engines have plenty of power, the V6 howls like a proper sports machine (but doesn’t pop and bang through its exhaust like it does in the F-Type), and the diesel is acceptably refined, torquey and very frugal. Only the entry-level 20d “Pure” is available with a 6-speed manual transmission, while all other variants use the customarily excellent ZF 8-speed automatic gearbox.

Looks-wise, Jaguar’s designers really hit the sweet spot. Looking for all intents and purposes like a scaled-down XF, the smallest Jaguar conveys power and elegance in equal measure. There’s a beautiful character line down its flanks, joining the broad shoulders over the front- and rear wheelarches, and the front fenders are slightly castellated to add an impression of solidity and power. The front view shows off the hooded headlights (with their own intricate detailing) and the rear aspect makes the XE appear wide and squat. It’s a timeless design, and should age very well.

Inside the cabin, it’s much like you’d expect from a modern Jaguar. A prod of the pulsating Start button fires up the engine and instructs the rotary gear selector to rise from its recess in the centre console. The ambience is as sporty as you’d expect from a car with such exemplary dynamic abilities, with a strong emphasis on horisontal lines and a low-profile dashboard to create an impression of spaciousness. 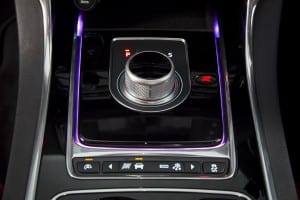 That spaciousness is only an impression, though – while there is sufficient room for front-seat occupants, and a driving position which verges on sublime, those in the rear seat will feel rather hemmed-in. The combination of a sloping roofline and a dearth of rear legroom turns the XE into more of a four-door coupé than a genuine sedan. Seen in this light, Jaguar’s decision to pitch the XE against cars such as the BMW 4-series Gran Coupé and Audi A5 Sportback makes sense: the 3-series, A4 and Mercedes C-Class clearly outperform the smallest Jaguar as far as practicality goes.

There are a few other bugbears inside the cabin as well. While the dashboard has a stitched-leather covering and the switchgear feels sturdy, there is evidence of some cost-cutting on the instrument binnacle cover, lower down on the centre console and on the door trim panels. These plastics feel slightly hollow and are a bit flimsy to the touch, oversights made all the more obvious because the rest of the cabin appears solidly screwed together from high-quality materials. The central touchscreen display, while a massive improvement on that in older-generation Jaguars, is also somewhat slow to respond, while its multimedia functions are neither particularly user-friendly nor intuitive. It sounds fantastic though – especially when equipped with the Meridian upgrade option.

These are all minor issues however, and don’t detract from the numerous other sterling attributes of the XE. The real problem comes with the pricing: The least-expensive 20d costs R 534 800, the cheapest 25T petrol starts at R 638 900, and the XE-S rounds off the range at an eye-watering R 908 100 – before options. Then again, this has to be a very expensive car to build, with its aluminium construction and costly sports car suspension, and the XE does have some appointments which would bump up the price of its competitors to similar levels, but it’s unlikely that buyers will remember this when staring at the price lists. 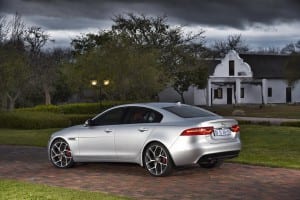 As a result, the XE is destined to remain a fringe player in its market segment – a fact that Jaguar is very much aware of. But maybe that’s another drawcard for the smallest, lightest, and best-driving Jaguar saloon yet: because it won’t sell in huge numbers, it will always have that desirable air of exclusivity and uniqueness which has always been a Jaguar hallmark. If you want a compact four-door which screams driving pleasure, individuality and style at the top of its lungs (and has the genuine ability to back up those claims), be prepared to walk past the German dealerships, because the folks over at Jaguar has just what you need.