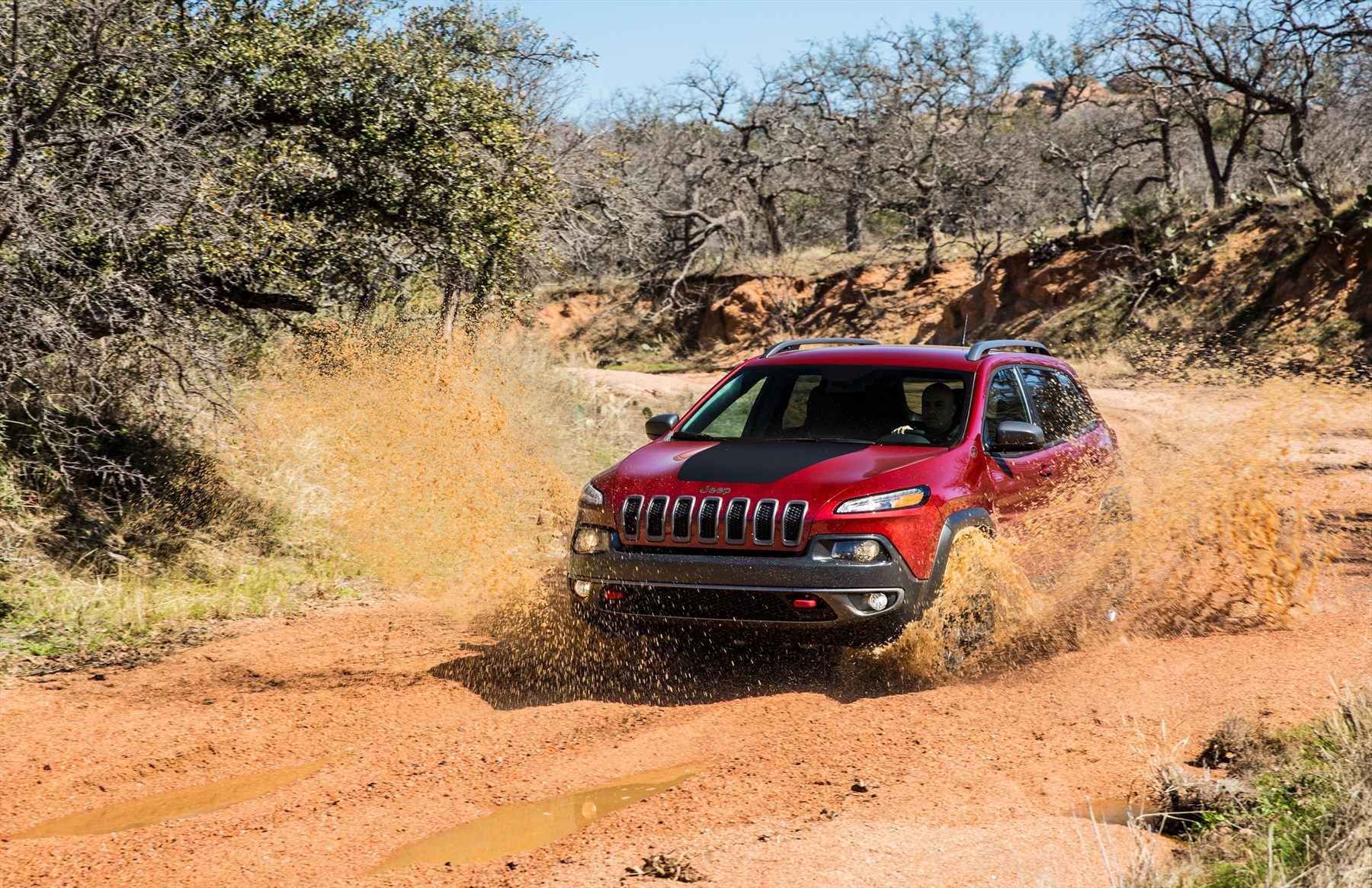 The Chrysler brand has come a long way since its near bankruptcy in 2008. After being taken under the wing of the Fiat Group; the brand and its divisions are experiencing a revival. Jeep has introduced the new Cherokee to South Africa. It has evolved to appeal to urban buyers and aims to boost sales – though it may not be a huge hit with Jeep lovers accustomed to the usual boxy designs. Not wanting to do an injustice to the Jeep name, they’re also offering a rough-and-tumble Trailhawk version with added off-road ability. Its looks are bound to divide opinion. From some angles there is resemblance to other crossovers like the Kia Sportage. But distinctive cues set it apart. I think it’s like a shrunken down Transformer: thanks to narrow daytime running lights and a very intimidating nose featuring the traditional Jeep grille with seven slots. Scratch-proof paint is available too, so Jeep is confident about its prowess on the rough stuff despite its more urban persona. I like the elegant and muscular frame with interesting edges and curves. It makes the Jeep look tough enough to tackle treacherous terrain. And we got to put it through such challenges too. More on that later. We had the opportunity to sit down with Klaus Busse, Head of Interior Design for the Chrysler brand. He explained his inspiration for even the most intricate of details in the Cherokee. He traversed the globe with eyes peeled for details that he could incorporate into the new Cherokee. For example, the Moroccan night lights were an inspiration for interior colours in the Morocco package – which includes ambient lighting complementing the colourful inserts on the doors and centre console. The man oozes passion for what he does and this is reflected in the contents of the Jeep’s cabin. It’s classy, exudes quality and is brimming with luxurious textures and modernity. The new Jeep Cherokee line-up includes three model grades: Longitude, Limited and Trailhawk. Presently there are two petrol engine choices, a 2.4-litre four-cylinder (130kW and 229Nm) and a 3.2-litre V6 (200kW and 315Nm). No diesel derivatives are planned just yet. We tested the bigger V6 engine and came away impressed with the grunt it offers on the open road and when you need it over obstacles off-road. Consumption was reasonable too; achieving around 11l/100km over our 200-kilometre test route. Both engines are equipped with a smooth-shifting nine-speed automatic transmission. We tested the Jeep on tarmac as well as the rough stuff and didn’t find it lacking. It’s going to fulfill all the duties urban-dwellers throw at it – as well as more adventurous stints on the weekends. Power under the bonnet is more than ample for conquering rough terrain as we learned over a little exploration session in the hills of George. The beefier Trailhawk model is certainly the one to opt for if you like venturing into the Great Outdoors. It climbs over obstacles like a nimble rock-spider. On road is where most buyers will spend their time. And you’ll be pleased to know it doesn’t disappoint either. The old Cherokee wasn’t known for its dynamic abilities. But this feels stable, sturdy and doesn’t mind the corners either. Its suspension irons out kinks and the well-insulated cabin safeguards against road and wind noise rather well. Spaciousness is a merit too, in addition to impressive boot space with a storage capacity of 591 litres. So it’s quite up to handling the month’s groceries or carting hula hoops around to junior’s dance practices. The new Jeep Cherokee will be available to South Africans from the beginning of June. It has bold ambitions – hoping to compete with German rivals like the Audi Q5. Counting in the Cherokee’s favour is a better level of standard equipment than what the Teutonic competition gives. It’s priced to reflect its premium aspirations. Things start at R479 990 for the 2.4 FWD Longitude, the 3.2 FWD Limited is R505 990 while the AWD version is R505 990. The range-topping 3.2 4WD Trailhawk is R607 990. Sweetening the deal is a comprehensive six-year/100 000-kilometre maintenance plan.