Jeep Wrangler vs BAIC B40 Plus 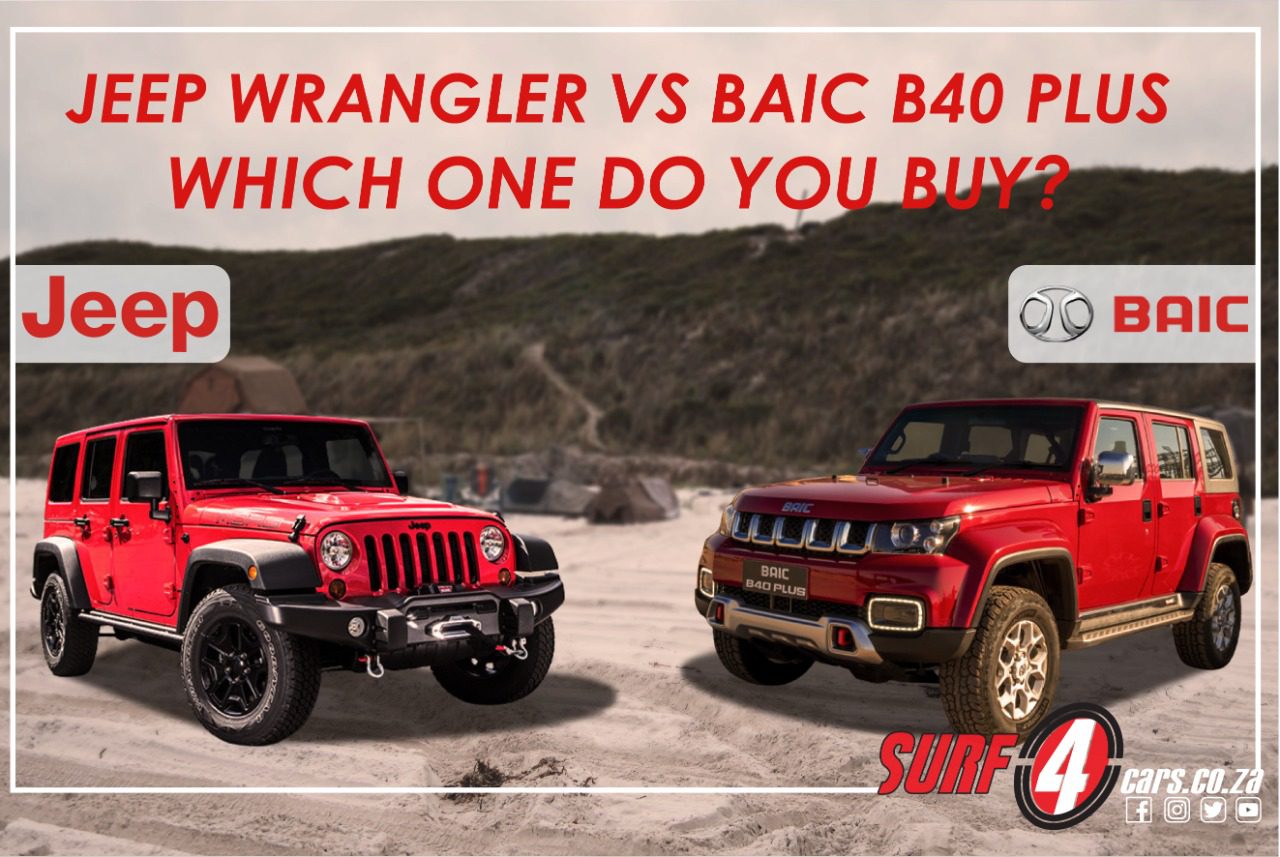 In a world where technology is wide-spread and car manufacturers sometimes often share tech and components, it shouldn’t be too surprising when you come across a vehicle that is a spitting image of a vehicle from another brand. Yet the truth is it’s still startling, and usually, the imposter vehicle is far more affordable than the original.

We found ourselves looking at two cars from different brands, that looked nearly identical to one another; the Jeep Wrangler and the new BAIC B40 Plus. One is American and has a traceable track record, while the other is Chinese and fairly new to the South African market. There’s no questioning who copied who – the Chinese simply did what they’re known for when coming up with the B40 Plus concept, and now both vehicles are available in South Africa. Jeep’s design is so good that Indian car brand Mahindra has also pulled a page from the American carmaker’s book of designs. Sadly, the vehicle in question (Mahindra Thar) is currently not sold in South Africa, despite news that it would be launched here in the first half of this year.

This leaves the Americans and Chinese to battle it out, as we compare the Jeep Wrangler and BAIC B40 Plus on paper to see which vehicle will give you better value.

From the information above, it’s clear that these two vehicles are very closely matched in certain areas, like width and length. The differences here are marginal. As an off-roading machine, the BAIC seems to have a slight upper hand on the Jeep Wrangler, although the difference isn’t too significant. How often would you take your vehicle on extreme 4×4 excursions anyway? These two vehicles are likely to spend most of their lives in the city, rolling on smoothly paved surfaces. They both have a removable roof and doors, for those rare occasions when you want to take in the breeze in its fullness. With a price difference of R250K, you may be tempted to go for the Chinese vehicle, but things such as build quality and reliability are yet to be seen here. Resale value is also something to consider with the BAIC. The Jeep, on the other hand, has a long history and a proven track record, but for the additional R250K, you could buy a second smaller vehicle. Do you buy the affordable “Jeep Wrangler” or the original? Decisions. Personally, if my conscience were to turn a blind eye, my money would be on the BAIC. One could do a lot with the additional R250K. However, as things stand, that little conscience would not give me rest if I were to acquire an imitation of another vehicle.