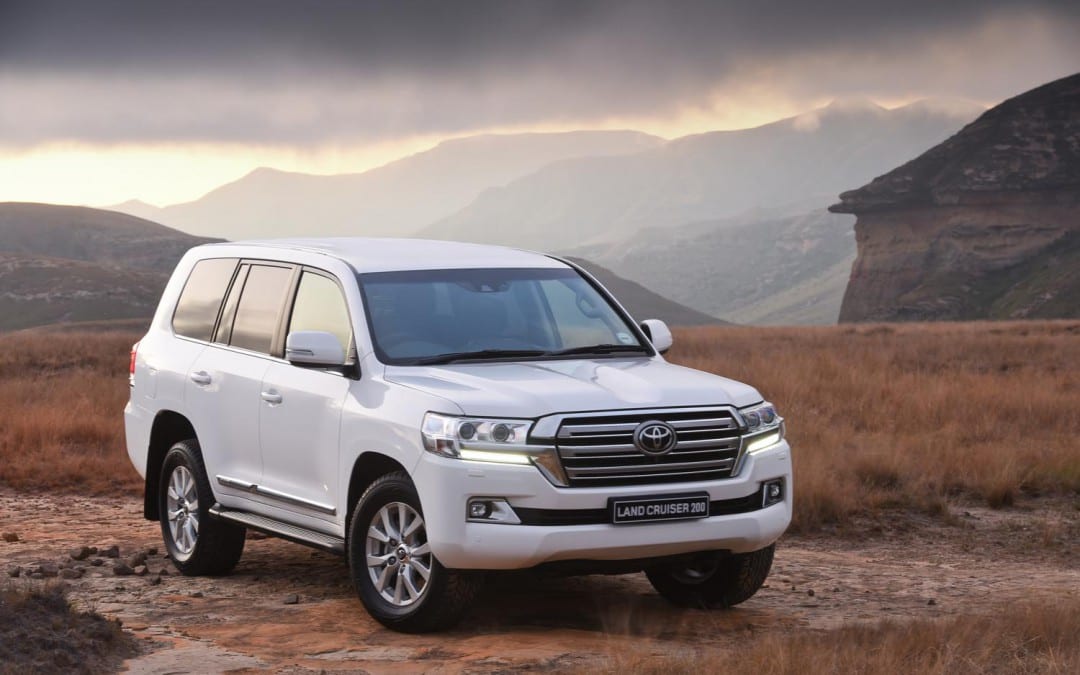 Most luxury SUVs are confined to the urban jungle. They seldom venture far from the freeway and never see any terrain more challenging than the occasional dirt road, spending most of their time clogging up parking lots and creating traffic jams outside the local primary school. Motor manufacturers realised this fairly early on, and created entire model ranges to cater for this specific market segment: big, burly-looking and high-riding wagons with the promise of adventure and excitement, but which actually struggle to mount anything larger than Cresta’s sidewalk on account of their low-profile tyres and firm suspension.

The Toyota Land Cruiser 200 is emphatically not one of those urban-bound sissies. It’s the bad boy of luxury SUVs, with the serious go-anywhere ability of a genuine overland explorer, a brutish appearance, and the sort of rugged construction which should survive a direct missile hit or two. Do not be deceived by its array of fancy electronic gizmos and electric seat adjustment, for Toyota’s range-topping Land Cruiser 200 wagons are still off-roaders from the old school, in all their ladder-framed glory. 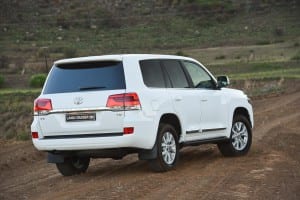 Most of its competitors in the luxury segment have adopted unitary construction in the interest of reduced emissions and improved performance (albeit at the expense of absolute off-road credentials), and Range Rover has even made the move to a weight-saving aluminium spaceframe construction. But the Land Cruiser soldiers on with a body-on-frame design, just like it has for decades. This means that it’s immensely tough, but it also means that it’s very heavy – to the tune of 2,740 kg.

And now, following a fairly comprehensive facelift of the Land Cruiser 200, it’s a relief to announce that very little has changed in this respect. It’s still the tough, go-anywhere machine we’ve grown accustomed to, only this time with an extra topping of technology and attitude. 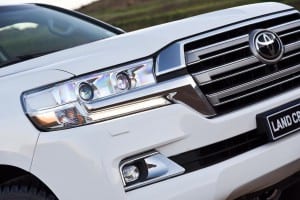 That attitude derives mainly from its new front end, with a bulging bonnet, huge smiley grille and American overtones. The rear end is slightly more subdued, but also benefit from a new bumper and tail lights, but either way, the styling changes should ensure that the new Cruiser 200 will get noticed in the corporate car park. The cabin gains a new dashboard and new upholstery, and appears solidly screwed together and easy to operate.

The styling update brings some new tech, too – specifically on the top-spec VX variant. It features bi-LED headlights and a multitude of cameras and radar sensors for lane departure warning, blind spot monitoring, adaptive cruise control, cross-traffic alert (which checks for oncoming vehicles when pulling out of a parking bay), and even a view of the front wheels when tackling an off-road trail. 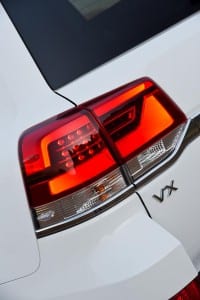 But even with all these high-tech features, it’s still not really meant to only be a luxury vehicle, though. It’s also supposed to be a serious overlanding device, and to this end, the Cruiser 200 VX is equipped with a terrain selection dial, which offers a variety of off-road modes to tailor the traction control-, engine- and gearbox programming to different surfaces. The pairing of hill descent control and crawl control, which maintains a steady speed over rough terrain, returns again in this iteration. It’s almost a case of “off-roading for dummies”, and will enable many novice drivers to venture into terrain that might otherwise seem too daunting.

Soft suspension allows for generous wheel travel in the wilderness, but it also combines with the Cruiser 200’s heft to create some rather ponderous on-road dynamics. That’s probably a fair trade-off for the biggest Land Cruiser’s superbly comfortable ride quality and quiet cabin. It flattens bumps in the road (probably also by virtue of its sheer weight) and keeps most outside noises at bay, save for the V8 engine rumbling away up front. 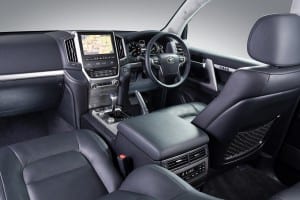 The compliant suspension unfortunately also results in quite monumental levels of body roll (and an occasional sideways hop from the rear axle on rough surfaces), and encourages a more gentlemanly approach to cornering. The Land Cruiser 200 is by no means a sporting machine, but then, it was never intended to be one. It’s the vehicle you use when you want to reach far-away places without any effort on your part, even if the way there involves a mountain track or a swamp.

There are two derivatives in the revamped Land Cruiser 200 range. The petrol engine disappears, but the diesel range splits into the high-spec VX and entry-level GX variants. Powered by a 4.5-litre turbo diesel delivering 173 kW and 615 Nm with a 6-speed automatic and permanent AWD with low-range, so neither version is over-endowed in the power stakes. It’s thirsty with it, needing an exceptionally light foot to achieve the claimed average consumption of 10.3 ℓ/100 km. 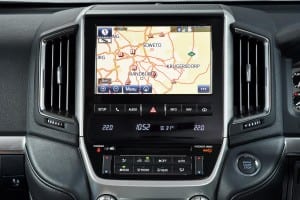 VX trim offers all the clever driver aids, cameras and LED headlights, along with electric adjustment for the heated and ventilated seats, and an upgraded multimedia system. However, the GX is the higher-value offering, and keeps things like the sat-nav and a touch-screen multimedia system. It gains a two-piece tailgate, but gives up the VX’s fancy electronic goodies, electric seats and rear air-con for a saving of almost R 300,000.

It’s unlikely that the people who buy Land Cruisers would care too much about value, however, with the majority of sales expected to go to the high-specification variant. It seems like even those who drive to the outer reaches of our country enjoy cosseting comfort as much as they appreciate genuine all-terrain ability. The latest Land Cruiser 200 is ready to deliver exactly that, and speed bumps everywhere quiver in fear… 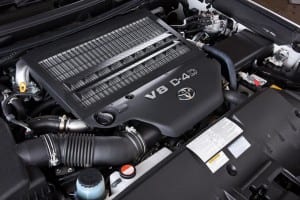