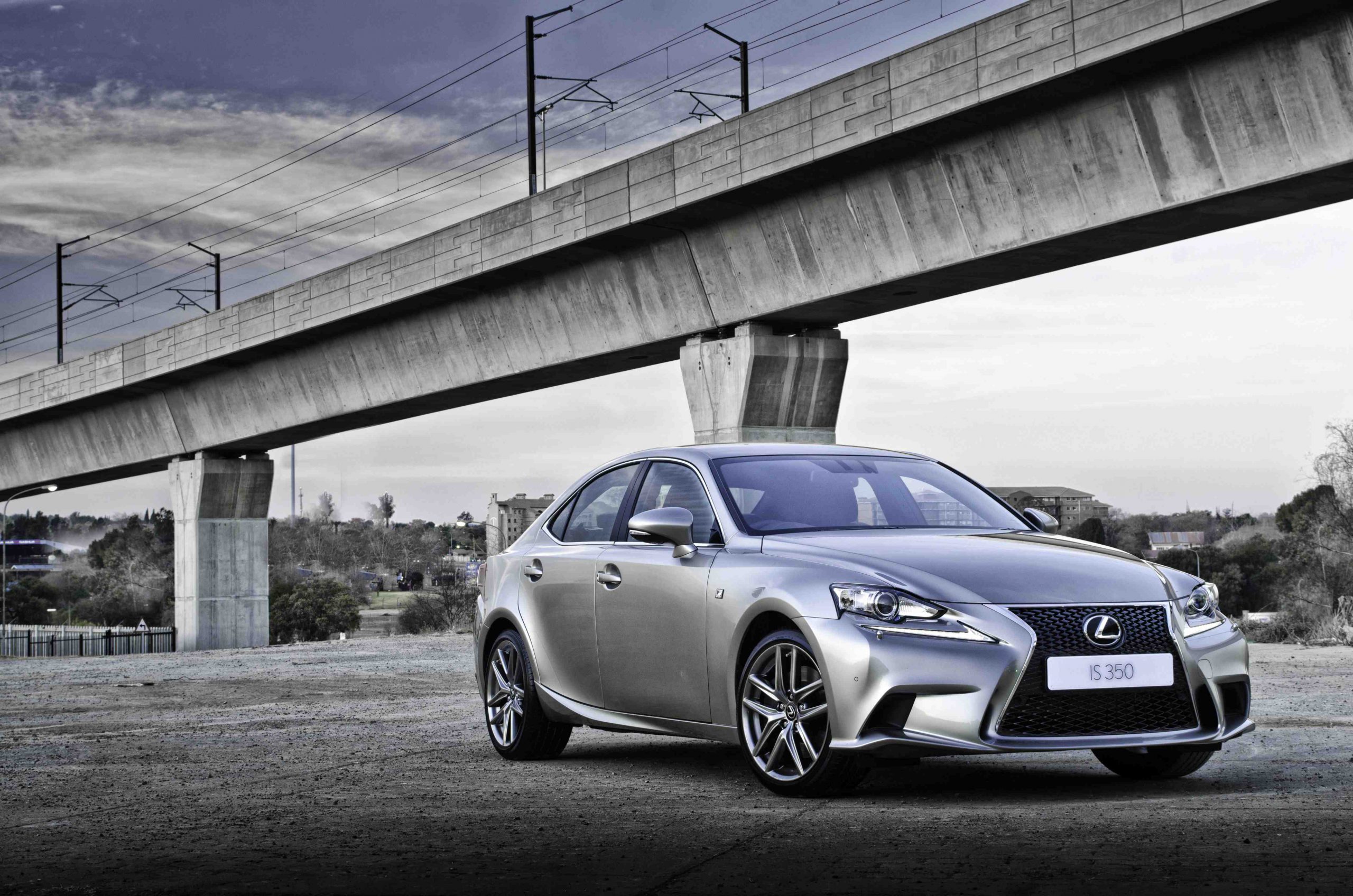 Despite the subdued designs that once defined their cars, Lexus was strangely favoured by the hip-hop fraternity. Jay-Z rapped about cruising in an “off-white Lexus” on his Empire State of Mind collaboration with Alicia Keys. And even gave the GS 300 a prominent role in the music video for his 1996 hit Dead Presidents.

The departed Tupac Shakur spoke of the power a Lexus offered when it came to courting the fairer sex. But the title of that song is best not repeated here. His nemesis Notorious B.I.G demonstrated lyrical brilliance when he explained his penchant for “Rolexes and Lexus” in Warning.

You might struggle to understand what the allure was then. Things are easier to fathom now: the new creations to come from the Japanese automaker are undoubtedly striking. The latest IS 350 sport sedan is a good point. 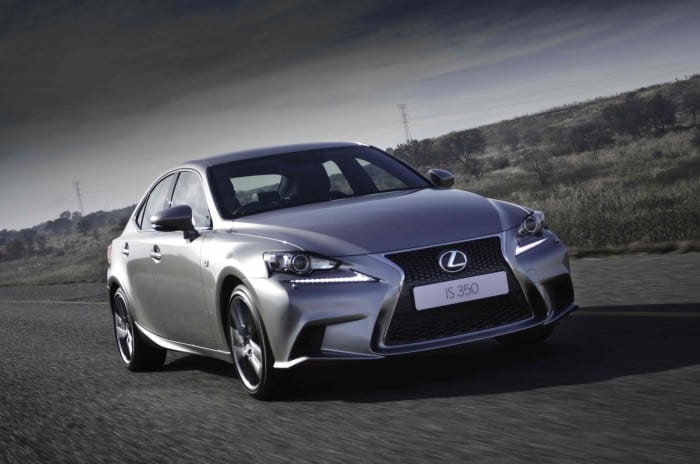 Buyers considering the obvious contenders should give this a serious shot. Parity on the battlefield with its evergreen Bavarian competitor has been achieved. This samurai boasts a wealth of dynamic abilities that can instill fear in its popular rival.

It behaves accordingly when you want a leisurely cruise. Quietness and smoothness levels impressed on the freeway and in traffic. But heading onto the sinuous and secluded stretches outside Johannesburg revealed authentic sporting talents.

Twisty sections are devoured with a surefooted nature. The adjective “unflappable” which motoring hacks seem to love truly applies. Its throaty six-cylinder engine note has a visceral rawness.  Pace is fair too. But when stacked against its turbocharged counterpart from BMW in a straight-line dash, it just might fall on its sword at these altitudes. 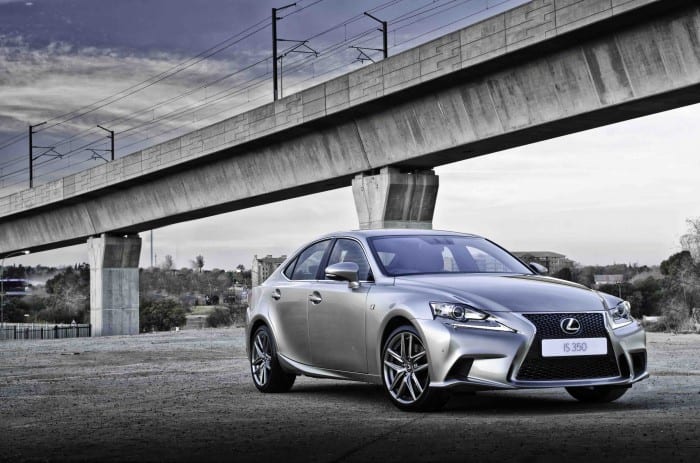 A distinctive angular profile sets it apart from the herd. That Spindle Grille may not appeal to all tastes. But it will be a talking point among your friends nonetheless.

Bold creases and lines give an origami-like impression. From some angles it looks as if it were carved by one of the sharp Hattori Hanzō blades wielded by Uma Thurman’s character in Kill Bill.

The optional F-Sport package with its meaner LFA-inspired pieces attract attention even from drivers of the opposition. Charcoal-painted wheels, promising badges and more prominent body bits accentuate what already is a good starting point. 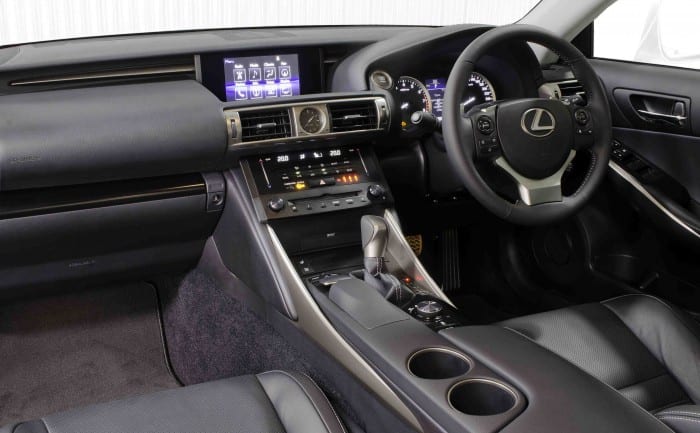 Gadget-savvy buyers will find the interior a lot more engaging and fun than the straight-cut cabins of German alternatives.

Details like the temperature controls – which requires a mere slide of the finger to increase or decrease – boast real wow factor.  We like the neat arrangement of the digitised instrument panel; with a single tachometer and digital speedometer. This moves courteously to the right, when you need to call on other information.

Whereas many Lexus models of old seem to have been more plush adaptations of Toyota cabins, this feels bespoke. We would even go for the sumptuous red leather upholstery. Which offers (standard) ventilation and heating too. 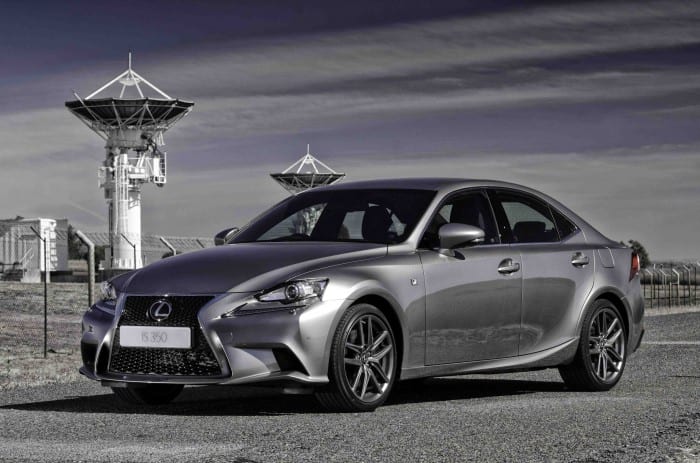 Pricing starts at R464 300 for the IS 350 E and that money would also get you into a BMW 328i Standard. But remember that when BMW says standard, they really mean it.

The Lexus offers more in the way of toys however: electrically-adjustable seats, an eight-speed automatic transmission and Bluetooth connectivity are some of the features included.

Opt for the IS 350 F-Sport (R571 500) and you get a navigation system, reverse camera, voice control and all those racier accoutrements. It makes a convincing argument in the face of the BMW 335i which goes for R595 000.

Its German counterpart will continue to dominate the sales chart. That is just the way it is. But buyers in want of an alternative that is just as good – and perhaps with a bit more charisma – will be pleased with the IS.