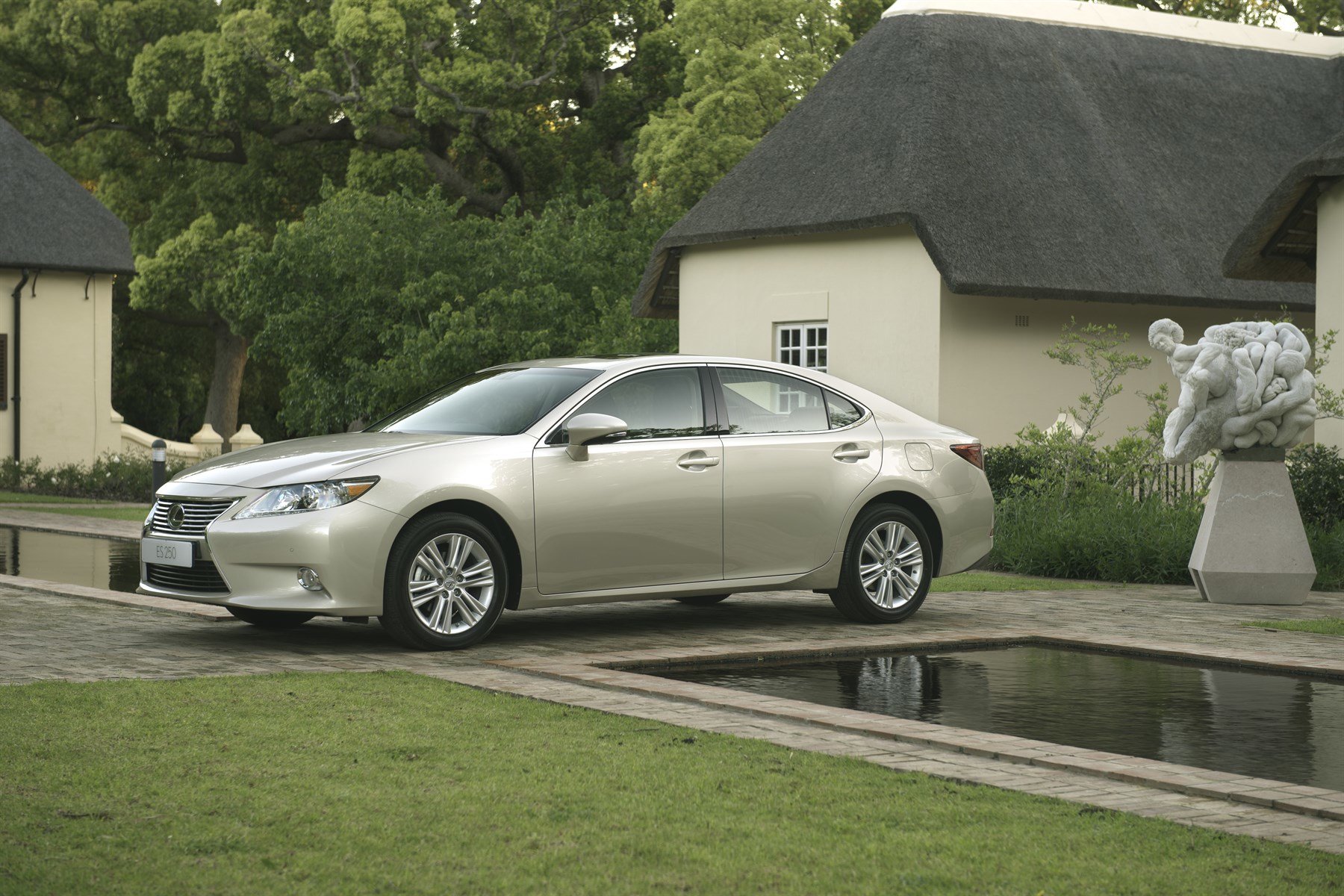 As the (relatively) new kid on the luxury car block, Lexus has grown in leaps since its birth in 1989. While the marque had the backing of the Toyota Motor Corporation, it didn’t have the pedigree held by names like BMW and Mercedes-Benz. To seize the affections of buyers they had to do things a little differently: offer supreme engineering, generous levels of kit and all at a price that was more competitive than the often extortive Germans.

In the early days the line-up wasn’t too inspiring. Many of the cars in the Lexus stable were just more premium spins on existing Toyota products. Thankfully things have changed. The brand has established an identity of its own. Now they hope to gain a better footing in the local market with the new ES 250; a cut-price executive chariot that doesn’t cut down on any of the luxuries. 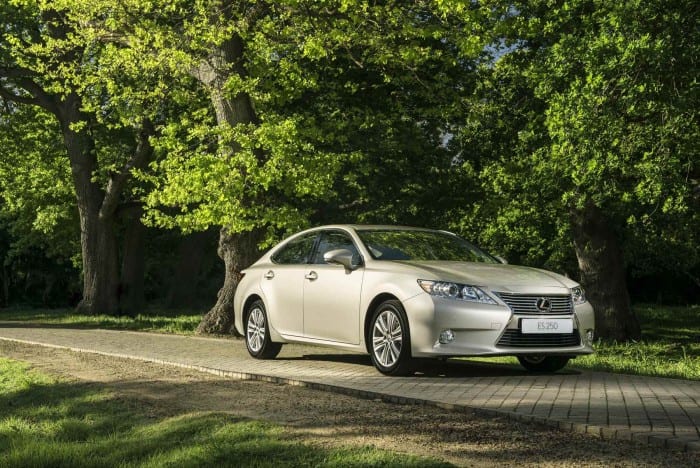 The ES moniker isn’t entirely new. In the North American market, it’s actually been the automaker’s top-selling offering for the past 15 years. It’s a bit of a mystery then, why they’ve taken so long to bring it to South Africa: a market that loves premium motoring goods. Perhaps there was the lingering worry that this could steal sales from the IS and GS?

Well its pricier siblings needn’t toss and turn in their beds. This caters to a very different sort of buyer. One who cares little for dynamic adeptness and exhilaration, but rather for creature comforts and value. These are two areas it excels in as we learned in our week-long assessment period. 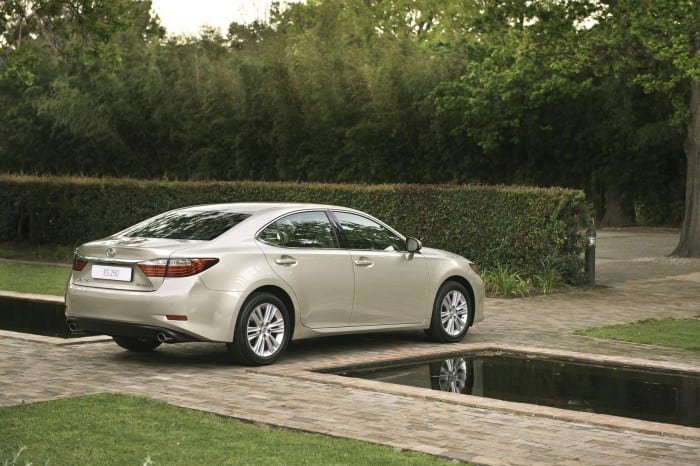 Rather than a traditional rear-wheel drive layout, the ES is underpinned by the front-wheel drive architecture of the humble Toyota Avalon. This is essentially a Camry-sized saloon that we don’t get here.

Stay mindful of the fact that this sedan was built for comfort rather than scintillating performance and you won’t be disappointed. As a cruiser that detaches its occupants from the stresses of A-to-B commuting it’s brilliant. The suspension is supple, the steering is light without being floaty and the cabin quietness levels are on par with pricier peers.

A four-cylinder petrol mill does propulsion duties and it’s surprisingly more up to the job than we expected. While planting your foot down slightly shatters the silence, it translates into acceptable pace. The Lexus never feels out steam: it’s as comfortable tootling around the city as it is overtaking on the freeway. 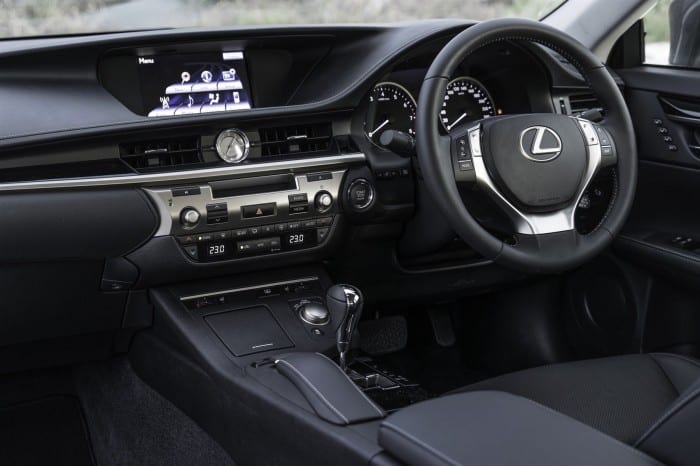 Settle into the classy cream-coloured confines of the ES and you’ll struggle to see just how they managed to price it so alluringly. From the fascia timepiece, to the piano black trim and sumptuous leather, it looks and feels like a car costing more. The doors close with an assuring thud, sealing you off from the outside world.

Interior design is similar to the arrangement you would find in the IS or GS, with a crisp and contemporary ambience overall. And the list of amenities – all inclusive – is staggering. Chilly buttocks are soothed by the standard seat warmers. Those seats are electrically-adjustable too. A rear blind repels harsh rays. Or you could let them in with the sunroof.

The driver gets blind-spot warnings in the side mirrors and a reverse camera. This is in addition to a navigation system, Bluetooth and voice control. It’s all accessed via the iDrive equivalent from Lexus, controlled by a mouse-like pad on the centre console that takes some getting used to. 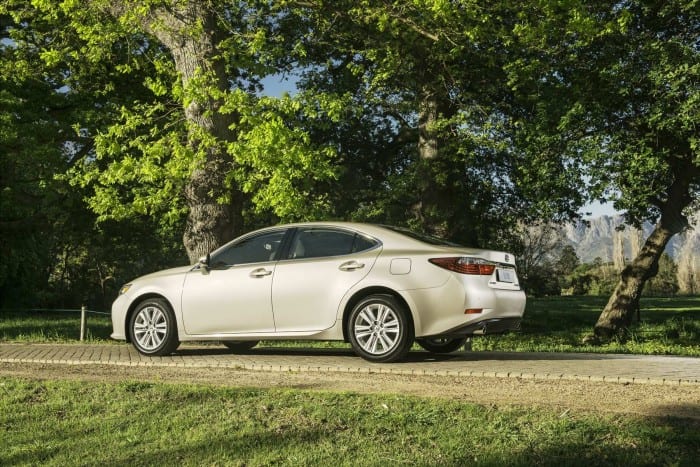 At R449 000 there isn’t much else that can match the comfort, specification and prestige of the Lexus. Those willing to forego the on-road adeptness and driver engagement in favour of a more wholesome, substantial and luxurious package aren’t going to be disappointed.