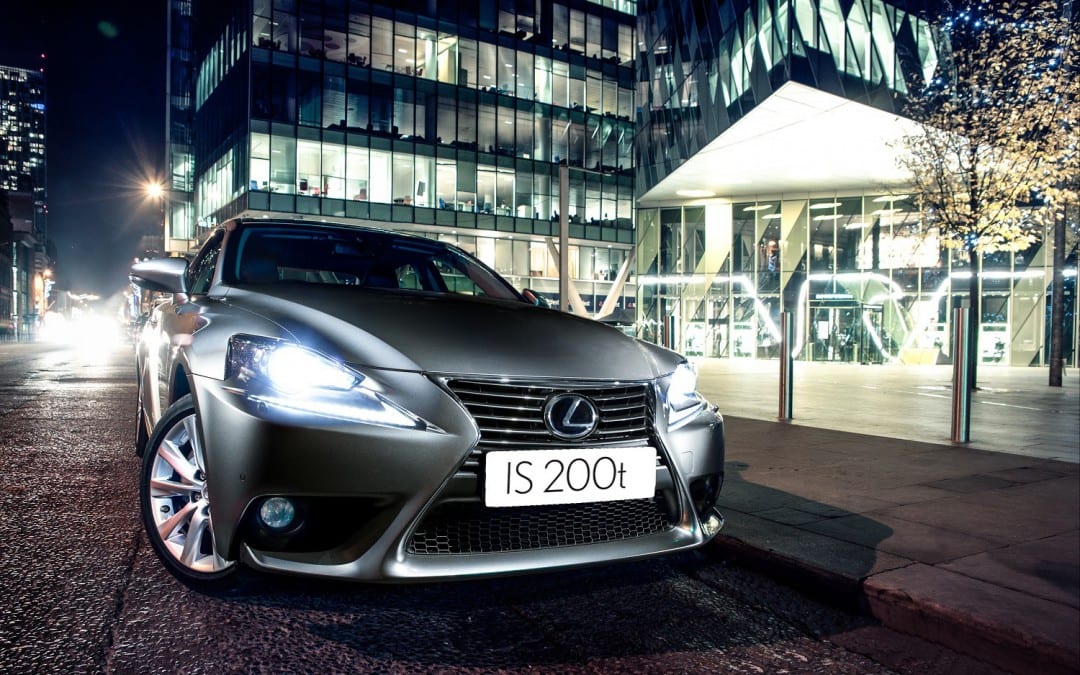 Most manufacturers have learned a difficult lesson in South Africa’s compact executive market: competing against BMW’s 3-series, Audi‘s A4 or Mercedes’s C-Class is almost impossible, no matter how attractive and competent your offering is. Our buyers are incredibly partial to these three big brands, and would gladly pay a premium for anything with the perceived prestige offered by the German trio.

It’s against this preference and prejudice that the non-mainstream brands have been trying to gain traction, usually by offering something outside the ordinary. Volvo majors on safety, Infiniti pushes the technology angle, and now Jaguar has also entered the fray with their emphasis on exceptional driving dynamics. But Lexus has taken a slightly different tack in their battle for attention.

The latest Lexus IS, for instance, keeps the stirling handling capabilities of all the previous IS models intact, maintains its predecessors’ traditionally sky-high specification levels, and uses a dramatic styling language in an effort to differentiate themselves from its competitors. Say what you will about its appearance, but the fact remains that the Lexus IS looks like absolutely nothing else on the road – for all the good (or bad) that might imply. Unfortunately, looking unique and offering a great driving experience along with a load of high-tech toys in the cabin won’t be enough to distinguish your offering. The underlying technology has to be up to date as well, and this is the one area where the Lexus IS has, up till now, played in a somewhat different league to its competitors. In the face of the bewildering choice of petrol- and diesel powerplants on offer in this market segment, the current IS has had to make do with a single engine offering. And while the 3.5-litre V6 we’ve grown accustomed to is a lovely thing, smooth and free-revving with a glorious soundtrack and reasonable power output, it wasn’t really up to the task of competing with the downsized (and often boosted) power units in literally every other car in this market segment.

This situation has now been remedied with the introduction of a turbo charged four cylinder engine in the new entry level IS 200t – as much as a car costing in excess of half a million Rand could be termed “entry level”, of course. We’ve seen this engine before in the (even angrier-looking) NX 200t crossover SUV, but for duty in the IS, it’s been re-profiled to deliver slightly more power than before – 180 kW and 350 Nm, to be exact. 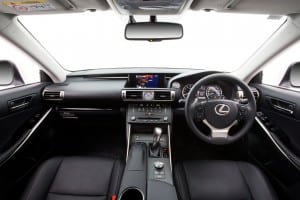 These output figures are obviously down on those offered by the range-topping IS 350 F-Sport (the only V6-engined derivative that continues), but not by as much as you’d imagine: the V6 might offer 53 kW more, but the torque difference amounts to a mere 28 Nm. And because the 200t is blessed with forced induction, that peak torque is available from 1650 r/min all the way up to 4400 r/min, while the 3.5-litre V6 only reaches it peak value at 4600 r/min. As a result, the IS 200t is more flexible than the IS 350, and should match its larger brother on in-gear acceleration.

The new turbo engine drives the rear wheels through the same 8-speed automatic gearbox as is used in the IS 350, with steering-mounted paddle shifters. Once again, no manual gearbox is on offer. Predictably, the IS 200t isn’t quite as lively as its larger-engined sibling, but an official 0 -100 km/h sprint time of 7.0 seconds is nothing to be sneezed at either. The upshot of this slight reduction in performance is a marked improvement in fuel efficiency: the official average consumption figure drops the 9.7 ℓ/100 km in the IS 350 to 7.5 ℓ/100 km for the IS 200t, with a commensurate reduction in CO2 emission as well. 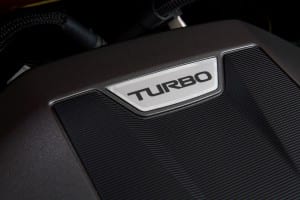 The IS 200t is available in two trim levels, where the basic spec carries an “E” badge with the higher-trim variant getting an “EX” moniker. Both variants are very well equipped and feature electric adjustment for the leather-trimmed, heated- and ventilated front seats; a 7-inch colour screen for the multimedia system, and parking sensors front and rear. The EX adds a navigation system and a rear-view camera to this complete technology package. Safety also receives a boost with the addition side airbags for the rear seats, taking the total tally up to 10 airbags across the range.

So much for the boring facts, but what’s the Lexus IS 200t like to drive? In a word (or make that two), very surprising. The new engine doesn’t really seem to generate as many horses as Lexus says it does – you’d expect fairly blistering performance from 180 kW and 350 Nm, yet its stable of ponies never seem to be all that energetic. It’s effortlessly quick and smooth, and delivers a cultured push in the back rather than the brutal shove suggested by the output figures. That said, the IS 200t never lacks for get-up-and-go, and you’ll need to check your speed quite often because the power delivery is so unobtrusive – unless speeding fines don’t bother you… 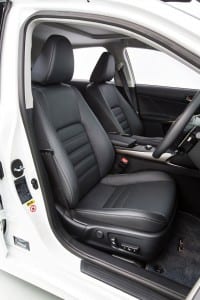 The gearbox matches the engine’s gentlemanly demeanour and slips through its ratios as serenely as though it’s all turning in whipped cream. Left to its own devices, it could respond more keenly to sudden throttle inputs, but a few tugs on the paddle shifters get it gearing up and down more or less when you want it to. It also seems to liven up when the gear selector is tipped over into manual mode.

The real revelation comes when the road starts twisting and turning, for the Lexus IS is still endowed with an almost supernatural mixture of agility, control and comfort. Harsh bumps in the road fail to upset its composure, yet that silky ride quality doesn’t compromise its dynamic abilities. Enthusiastic cornering reveals loads of grip between the tyres and the road, and it changes direction with great enthusiasm. There’s not a huge amount of information coming from the front tyres through the steering wheel, but the steering response is linear, accurate and immensely athletic. Apart from the Jaguar XE, I honestly cannot recall driving any sports sedan this year with such a sublime combination of genuine sporting ability and comfort. 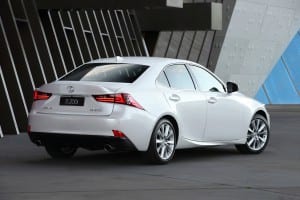 It’s still much the same Lexus IS we’ve grown to appreciate over the past two years, but the addition of the new, high-tech turbo engine finally gives the IS a chance to compete on an even footing. It probably won’t be enough incentive to lure too many buyers away from the showrooms of its competitors, but the new engine does bring a nice benefit to buyers who are willing to forego the perceived prestige of a German badge in favour of a comprehensively equipped, distinctive alternative with all the latest technology and a fantastic driving experience. It’s so good that, like me, buyers might hopefully also grow to forgive (or ignore) its ….. challenging aesthetics.