Life According To The New Opel Corsa GSi? 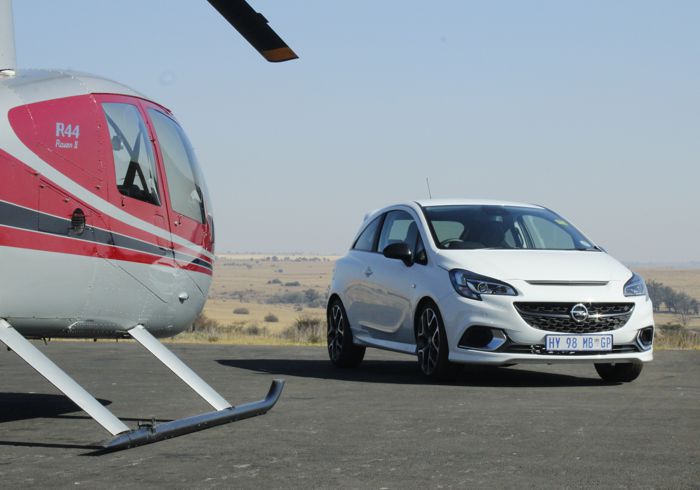 According to Opel, they are “gently distancing the new GSi badge from its historical pure performance roots”. Taken out of context, I thought it was Rüsselsheim’s attempt at some tongue-and-cheek humour – otherwise – “German sacrilege mixed with French satire?” The irony however is that everything about the new Opel Corsa GSi shouts performance and agility. 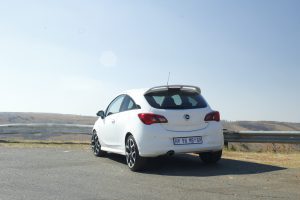 Donning the OPC_Line Body-kit, the Corsa GSi is fiendishly sexy. Endowed with performance intended aerodynamics and sporty character – elicits the anticipation of speed. This also pervades the cabin-interior with a rush of adrenalin – yet driver ergonomic and passenger centric. The rear-seat and cargo area is ideal for weekend family getaways: late one evening, I managed to recover two King Shepherds who had bolted from their home. The backseats were already folded-down flat providing ample room for my two large, four-legged friends. Who both weighed close on 60kg, comfortably lay spread out end-to-end, as if they were on their father’s Yacht sailing the Bahamas. Standard features include heated Recaro racing seats, a heated multi-function steering wheel with voice activation, a media infotainment touchscreen, premium quality materials, cruise-control, while aluminium race-pedals add to the GSi’s go-faster narrative. A narrative that predates the GSi performance moniker and racing heritage in South Africa, that without it, Opel would have little premise to homologate the new Corsa GSi’s enhanced dynamics.

During the GSi’s development phase, the engineers interfaced driving telemetry data collected at the Nürburgring ‘Nordschleife to calibrate the GSi’s OPC chassis-suspension and brakes – fondly referred to as the ‘Green Hell’ the ‘Ring’s track surface is an absolute paradise in comparison to South African roads. During my daily commutes, on my way to work, dropping my daughter at school, visiting clients as well as friends and family – I found the GSi’s ride quality a bit too firm especially over tyre-battered tarmac. Abounding with nanny features like dynamic vehicle stability control, ABS/EBD with brake-assist and traction-control. On a daily basis, I subjected the GSi to bumper-to-bumper traffic, shopping safaris and travelling to faraway destinations: yielded a remarkable fuel-economy of 6.0l/100km – a hallmark of Opel’s precision engineering. 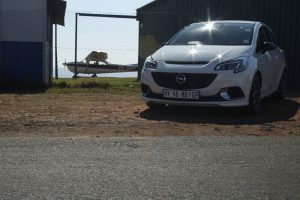 The front-wheel drive powertrain consists of a GSi tuned 110kw, 1.4l turbocharged engine and a 6-speed manual transmission – together produce 220nm of torque. However suitable for spirited driving, I felt the gearbox lacked the needed precision or balanced response to harmonize with the rest of the car’s dynamics. Moreover, the Corsa GSi responds on the impulse of firm but deliberate driver inputs:  steer sharp, accelerate hard and the chassis rings back. A newly discovered route, about 6km in distance, with a varying rate of camber and eight-directional changes, helped me unlock some of the GSi’s raw talent – which seemed rather mute up to that point. Factor in the 18” Michelin Pilot Sport 4 tyres superior grip, as well as its Nurburgring tuned OPC suspension and brakes – driving the GSi hard seemed the way to go. Rationally attacking every corner with the fundamental philosophy of brake late, turn-in late: only set me up for a mouthful of turbo-lag, mid-corner boost, vague steering feel, and ultimately a sloppy corner exit: unsettled dynamics I did my utmost to correct and counter-act. Alas, the body-roll and a nervous amount of tail-bias brake squirm had me reconsider my options. With time running out and disconcerted by the overall results – I contacted a well-known racing car driver for some advice. Which in paraphrase to his response, I increased the tyre pressure, visualized the lateral grip instead of predicting whether-or-not it is understeering or oversteering, because it doesn’t, and focused my attention on interpreting the car’s feedback purely based on what I was doing behind the wheel. His advice changed everything about what I felt about the Corsa GSi and how I perceived it. A different approach that was imperative to the success of a Surf4cars Facebook Live Event – who Andrew, my colleague and I filmed at the Krugersdorp Hill Climb.

The fun part was navigating Andrew’s run of the Hill Climb…from the passenger seat I had to hold the cellphone and film the unfolding antics. Andrew’s reactions and facial expressions were priceless. Witnessing his pure enjoyment, I realized something that I had forgotten to have fun with the Corsa GSi – perhaps prejudice of its track bias prowess, and that I could not see myself performing a thorough review except on a racetrack. But it was more than that! My experience at the Krugersdorp Hill Climb taught me to remove my old lenses, a transcendent view of the GSi’s glory days during the eighties and nineties, and embrace this new animal. Admissible of the Corsa’s new but sophisticated GSi nomenclature while also worthy of its R365 900 price tag. You see the rationale behind the Opel Corsa GSi is that it is a serious car: built to both work hard and play hard.