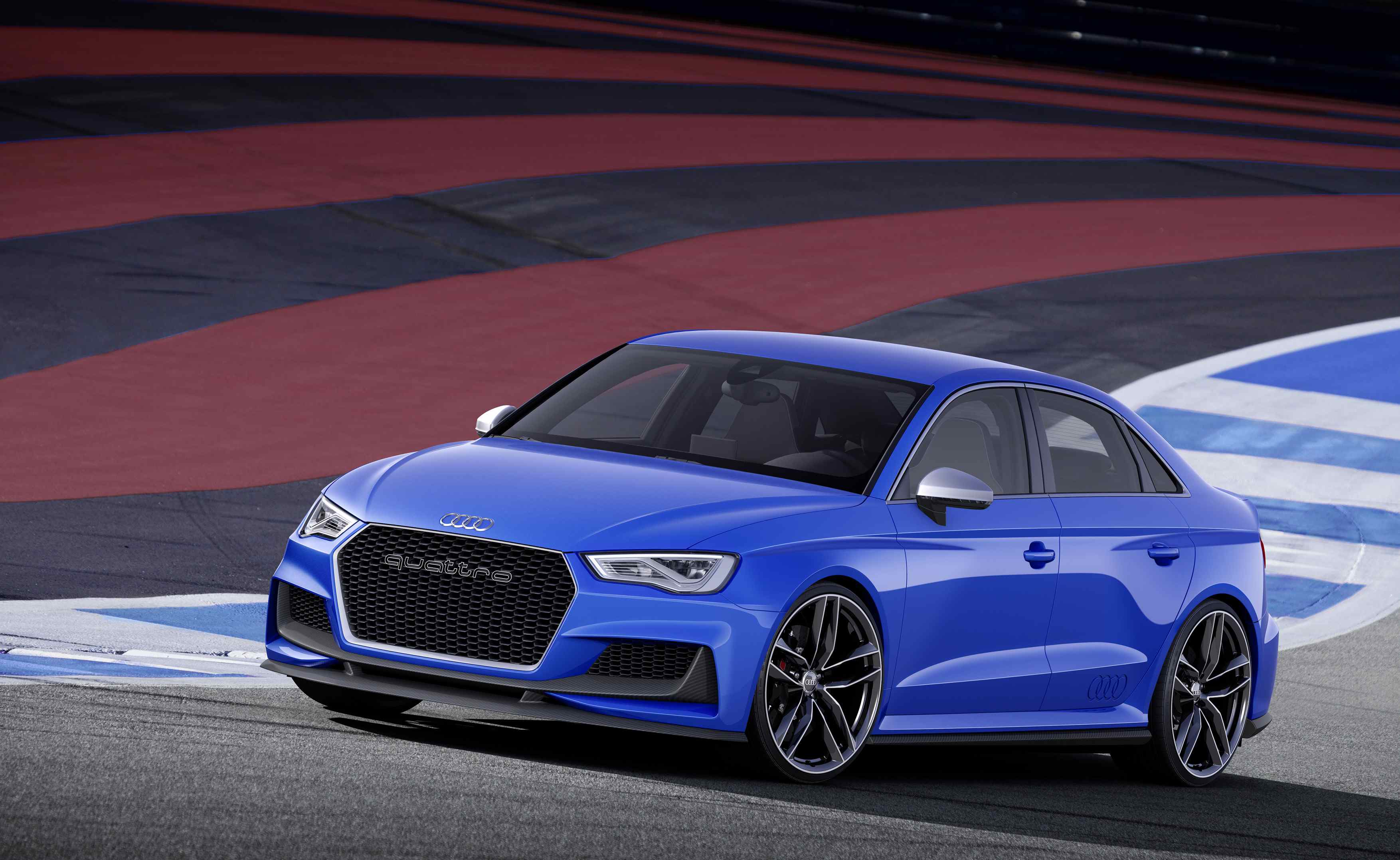 This is a realistic glimpse into the next Audi RS3. Meet the new clubsport quattro concept (all lower case in usual Audi fashion) which will make its debut at the Wörthersee festival in Austria. According to Audi, the concept serves to demonstrate how much potential exists in the A3 range. “We have pushed the limits in every respect with this show car: power, dynamics, sound and design,” said Professor Ulrich Hackenberg of Audi’s Technical Development department. 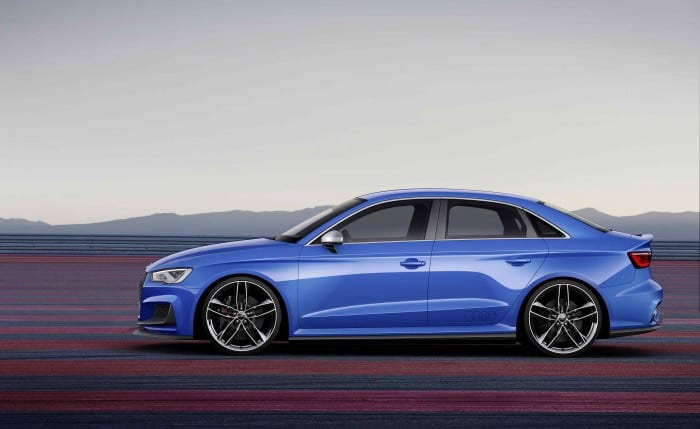 It’s largely based on the S3 Sedan, expect this has the five-cylinder mill under its hood from the RS Q3 and it’s been fettled to spit out 386kW and 600Nm of torque. It will shoot the muscular saloon to 100km/h in 3.6 seconds. The boost in performance was thanks to efforts like a bigger turbocharger and a modified intercooler. The clubsport weighs 1527 kilograms. And Audi describes its sound as a “throaty snarl.” 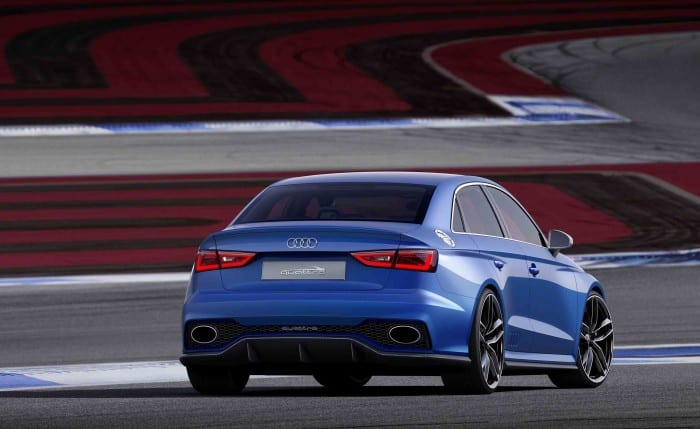 We think they’re being modest though. Because its looks lead us to believe that it produces a more apocalyptic soundtrack. The clubsport is wide, aggressive and muscular. It rolls on 21-inch wheels and 370-millimetre discs at each corner bring it to a halt. A striking Magnetic Blue paint choice seizes attention and at the front you’ll spot familiar traits like the LED headlights and single frame grille. 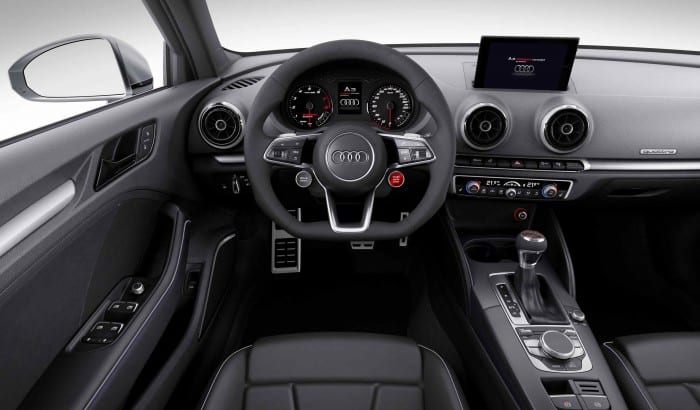 It might be a concept, but it looks production-ready and the interior is identical to what you’d get in the current S3 save for a few bits. It has the MMI system, Sepang Blue stitching on the black leather upholstery and brushed aluminium inserts. Build it Audi.