In recent years, the popularity of automatic gearboxes has increased drastically. Growing up in an era where an automatic car was both a rarity and a luxury, I only had my first experience with an Auto in my early twenties – although I loved the feeling of laid-back ease in driving an auto, my other half (an avid petrol-head) firmly believed that the control which a manual gearbox offers is the ultimate. To summarise the differences, and help you to identify which gearbox is the right one for you, here is a useful comparison guide:

Easy-peasy: Right off the bat, an automatic vehicle is much easier to drive in the sense that you only have to select a direction of movement, for all intents and purposes (Drive forward, or Reverse back). It also means you don’t have to multitask and split your attention as a beginner driver between trying to shift appropriate gears, manage clutch co-ordination and accelerate at the same time. Although this is obviously not a huge problem for the experienced driver, I still – as an advanced driver – enjoy the idea that I can lean back and drive without having to worry about shifting gears. 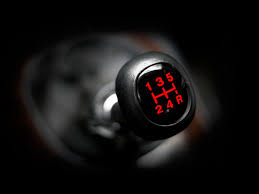 Control Freak: The down side of an automatic, according to my arguably better-half, is that you are limited to the range of acceleration which the gearbox allows: depending on when the auto is set to shift to next gear, an auto lacks the instant responsiveness which is often preferred by those drivers who want to be in full control of the revs and power output.

Hill Start: The flip side of the coin, however, is the fact that with an automatic gearbox, you have the added benefit of not having to worry about rolling back – auto vehicles allow you to take off with ease and confidence, regardless of how steep the hill is! Similarly, you also have less risk of stalling as you are not dependent on manually judging the clutch-accelerator ratio.

Chill Zone: My personal favourite is the ability to actually “chill out” in traffic, with an auto. Not having to keep your foot hovered on the clutch and the other on the accelerator as you inch forward in infamous Jozi traffic makes life much easier. An auto requires much less work, making the drive much less stressful!

Money Money Money: On average, a manual vehicle costs substantially less than an auto at purchase. It is also cheaper to

maintain, due to the fact that auto maintenance is often costly. However, one must also take into consideration that in manual vehicles, there is a clutch that also needs maintenance. In terms of fuel efficiency, manual transmissions are less complex, weigh less and supposedly provide more kilometres out of the fuel used.

SA’s biggest problem: Crime. Yep – that’s right. Statistically, an automatic vehicle is more sought after than a manual, making it a riskier buy. With crime being such an enormous problem in our country, this is something one must consider.

Taking all of the above into account, it is still not a clear-cut decision as each has its benefits. For me personally, I prefer the languid ease of an automatic, whilst (in all honestly) I still get a huge kick out of the instant roar of my manual vehicle too.