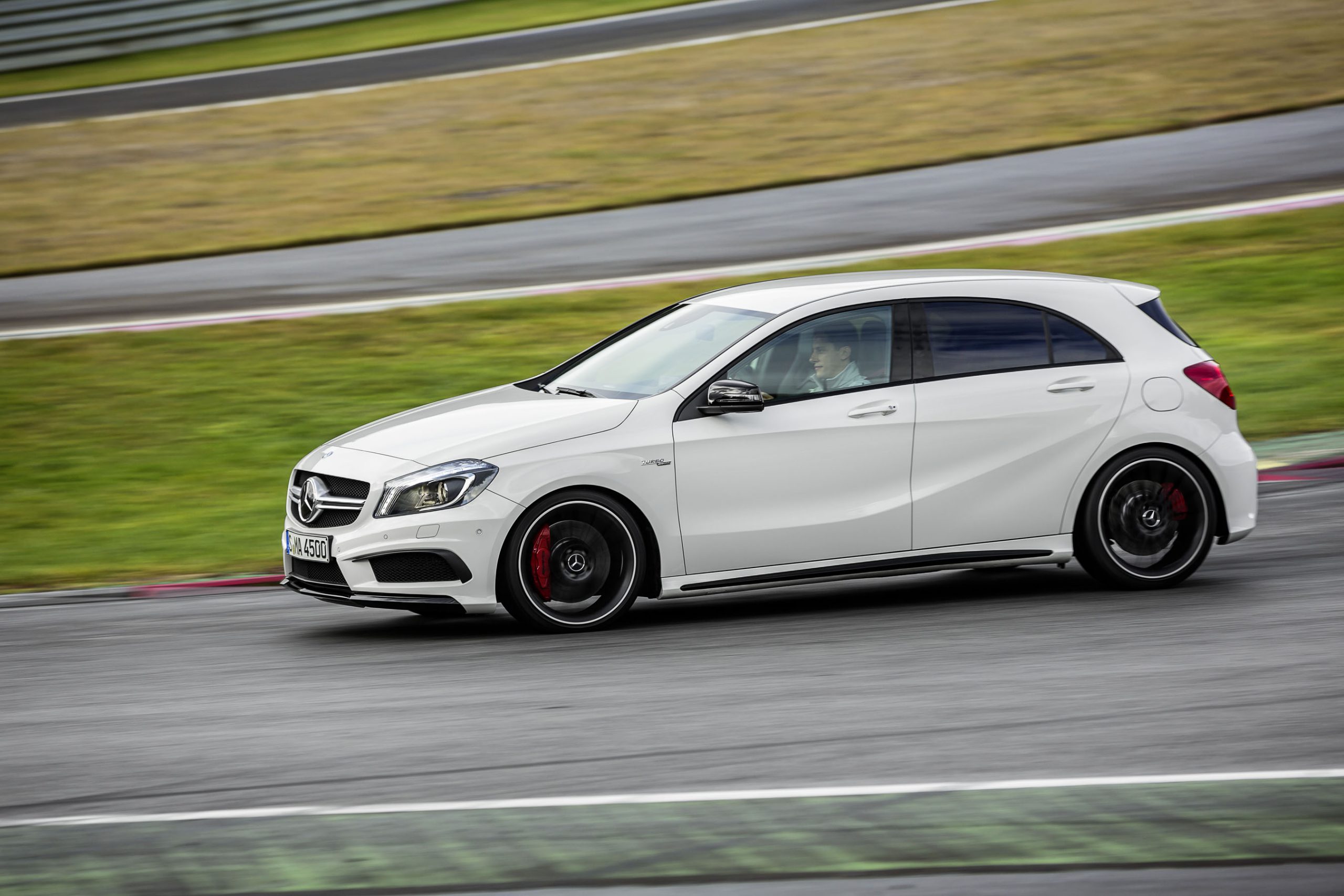 The wait is over. Mercedes-Benz launched their anticipated A45 AMG in South Africa this week, a car that hopes to compete with the BMW M135i and Audi RS3. 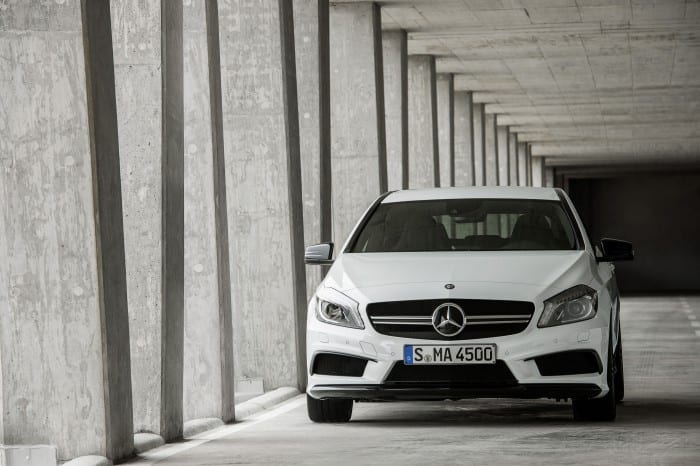 Mercedes-Benz is aiming towards a younger audience with the newcomer. According to them, it’ll appeal to well-heeled buyers between their 30s and mid 40s.

Prices start at R599 500 for the the standard model. And of course, it comes with a six-year/100 000-kilometre comprehensive maintenance plan like the rest of the Mercedes-Benz range. 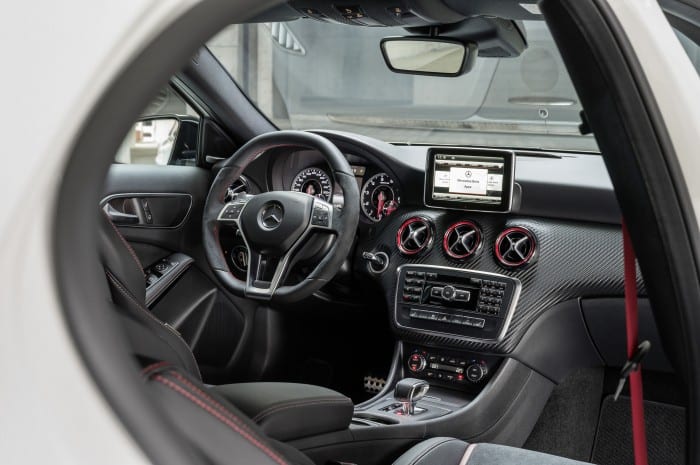 A sizable 265kW and 450Nm of torque has been squeezed from the 1991cc engine under the A45’s bonnet. And its claimed 0-100km/h time of under five seconds is bound to get buyers bragging. It proudly wields the fact that it boasts the most powerful series production four-cylinder mill in the world. 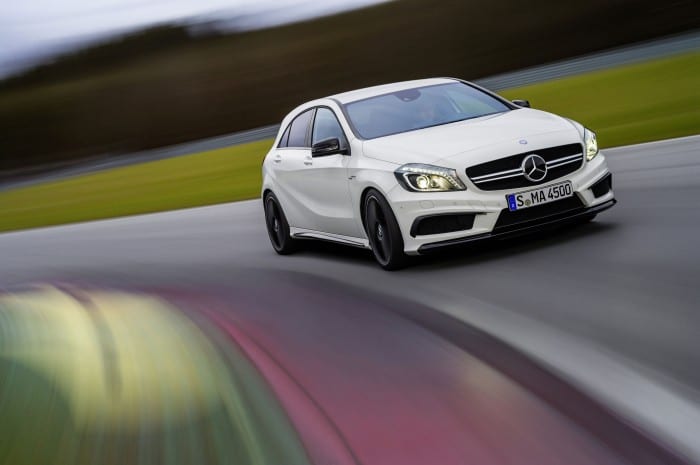 Shifting all this grunt is a seven-speed double-clutch transmission, with software upgrades adopted from the SLS AMG supercar. There are three driving programmes too including a Race Start function for those who need a swifter take-off from the traffic lights. The A45 AMG employs an all-wheel drive system; which the automaker says is 25 percent lighter than that of the competition. 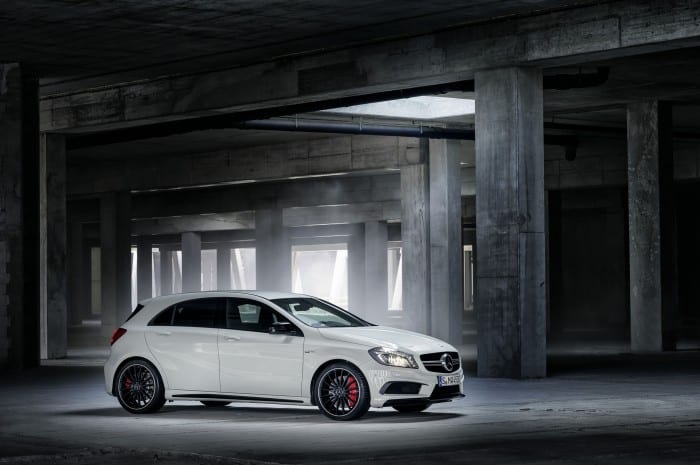 You would expect the standard AMG accoutrements to be bountiful. But there is still a lengthy options list if you want a more aggressive looking A45. Kit like the AMG Aerodynamics package, performance seats, performance exhaust system and even red brake calipers are optional.