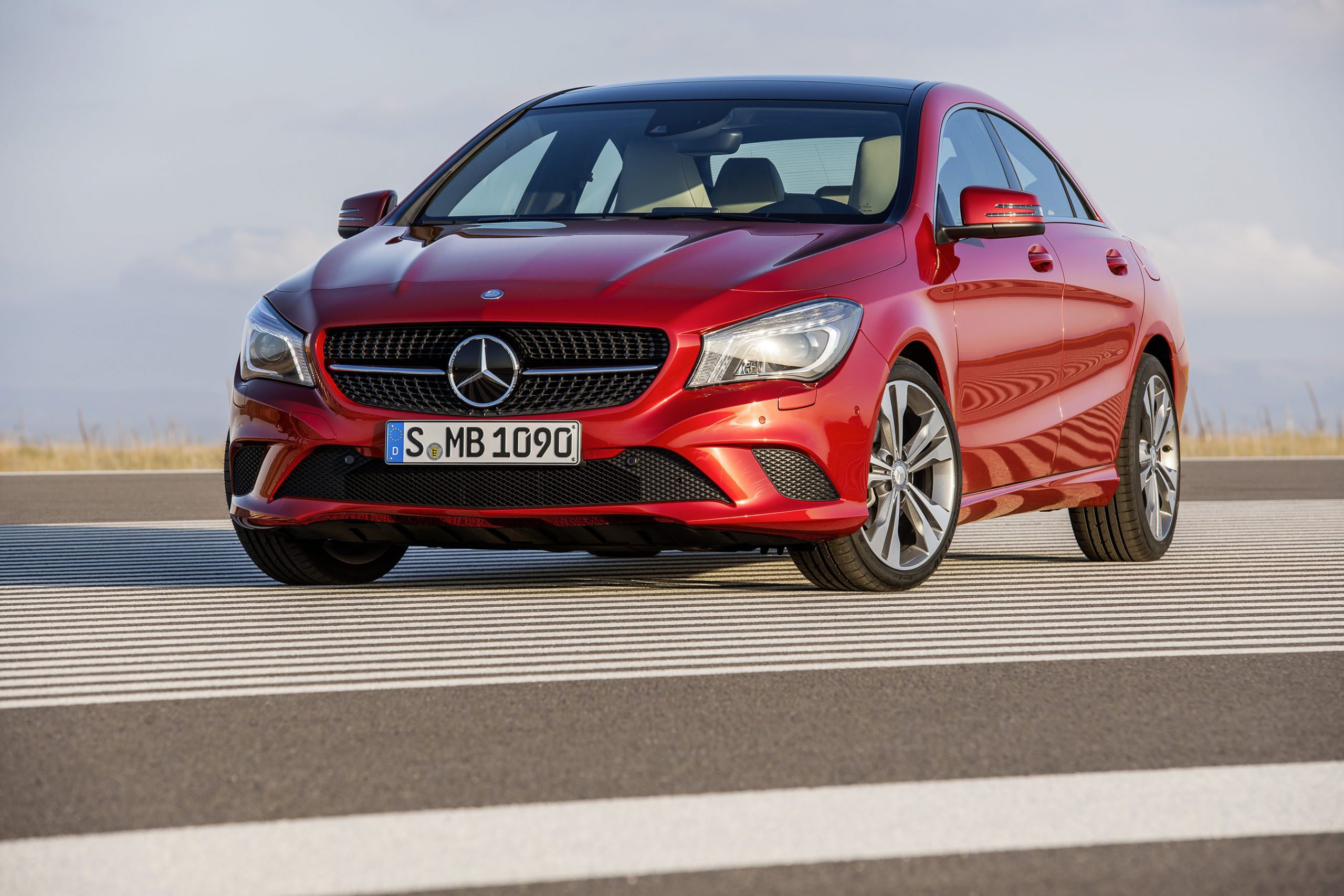 Meet Dirk: a professional twenty-something whose job involves the internet. He is on the market for a new car and has never considered a Mercedes-Benz. Until now. The criteria is simple: it needs to look funky, it needs to impress the in-laws and it needs to validate his effort towards climbing the corporate ladder. Enter the CLA. Following in the wake of its hatchback sister, it is another attempt at winning the hearts and wallets of a younger crowd. 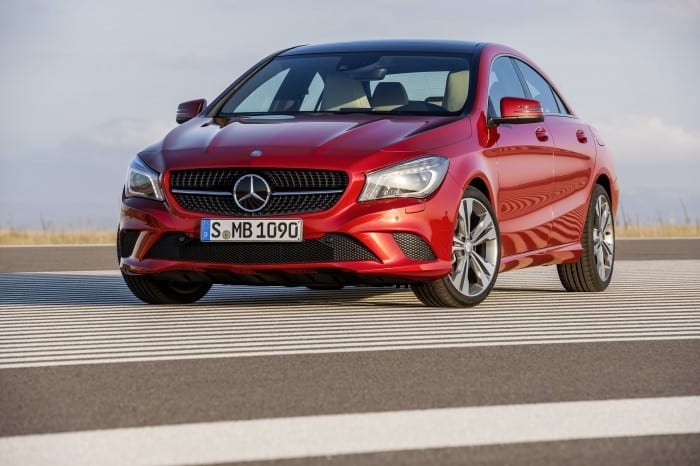 The newfangled premium compact saloon segment is gaining popularity. Audi came to the party with their sophisticated A3 Sedan and Mercedes-Benz sent the CLA to fight in this arena. It seems daring aesthetics have ensured that half the battle is won. Even though this is essentially an A-Class with a tail, the folks from Stuttgart are positioning it as a baby CLS. And that sprinkling of glamour makes it pretty appealing. Here you get all the hallmarks of a four-door coupe. Frameless windows, rear quarters best suited to The Hunchback of Notre Dame and a slippery shape. You might expect a pittance of a boot but the Benz surprises. Its trunk swallowed our cumbersome camera equipment with ease, including a lengthy tripod. That rear divided opinion around the office. Some said the derriere was curvaceous. Others said it looked like a melted Magnum ice-cream. 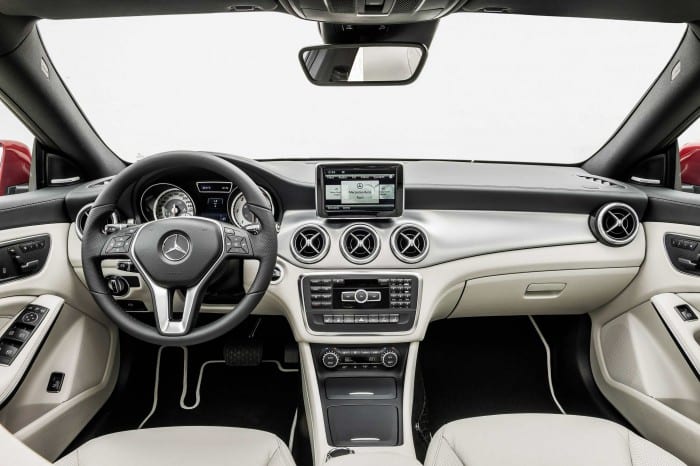 The idea of a baby CLS has a sparkly glamour. But all that glitters is not gold. In the area of on-road dynamics the compact Mercedes does not feel as polished as its counterpart from Audi. The ride is overly hard. It does not tackle twisty successions with the same fluidity as the A3 Sedan. The turbocharged mill in this 180 derivative is adequate for gentle and progressive cruising. Things are less agreeable when you want immediate poke however. 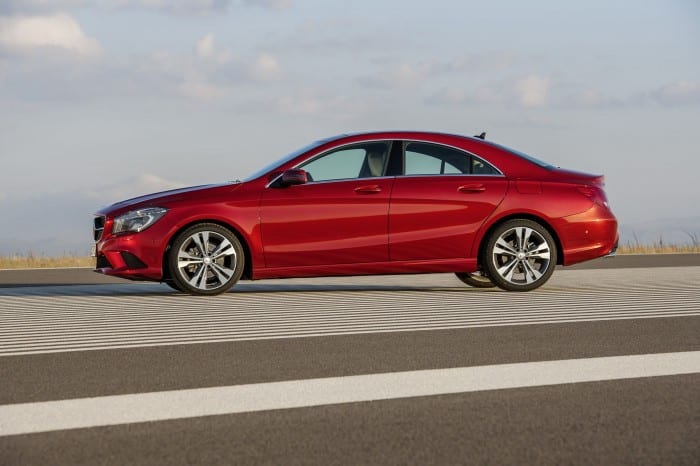 A snug interior adds to the feeling of sportiness. Be sure to specify the chunky chairs with integrated headrests. Cabin architecture is as it is in the A-Class. We like the straight-cut fascia, thick three-spoke steering wheel and circular ventilation holes a la W123-series. Quality is good overall. But sneakily, coarse plastics have been slapped on the places buyers do not normally touch. We deliberately sought a test unit with as little optional kit as we could find. Standard fare is decent: climate control, Bluetooth, a colour-screen interface and satellite audio buttons. The sound system is good too. Even though the CD is destined to become obsolete, we gave the six-disc shuttle proper use. 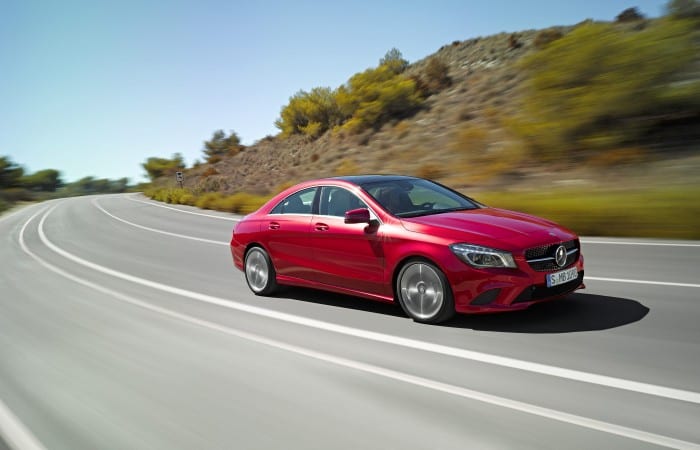 Now back to our man Dirk. If appearances are at the top of his list, the sleek CLA will not disappoint. There is no doubting that it looks the part inside and outside. Nor can we forget the cachet of the three-pointed star emblem. If only the on-road character mirrored the cat-like athleticism of the exterior. For this reason you might be tempted to place personality over appearance and opt for that rival from Ingolstadt.