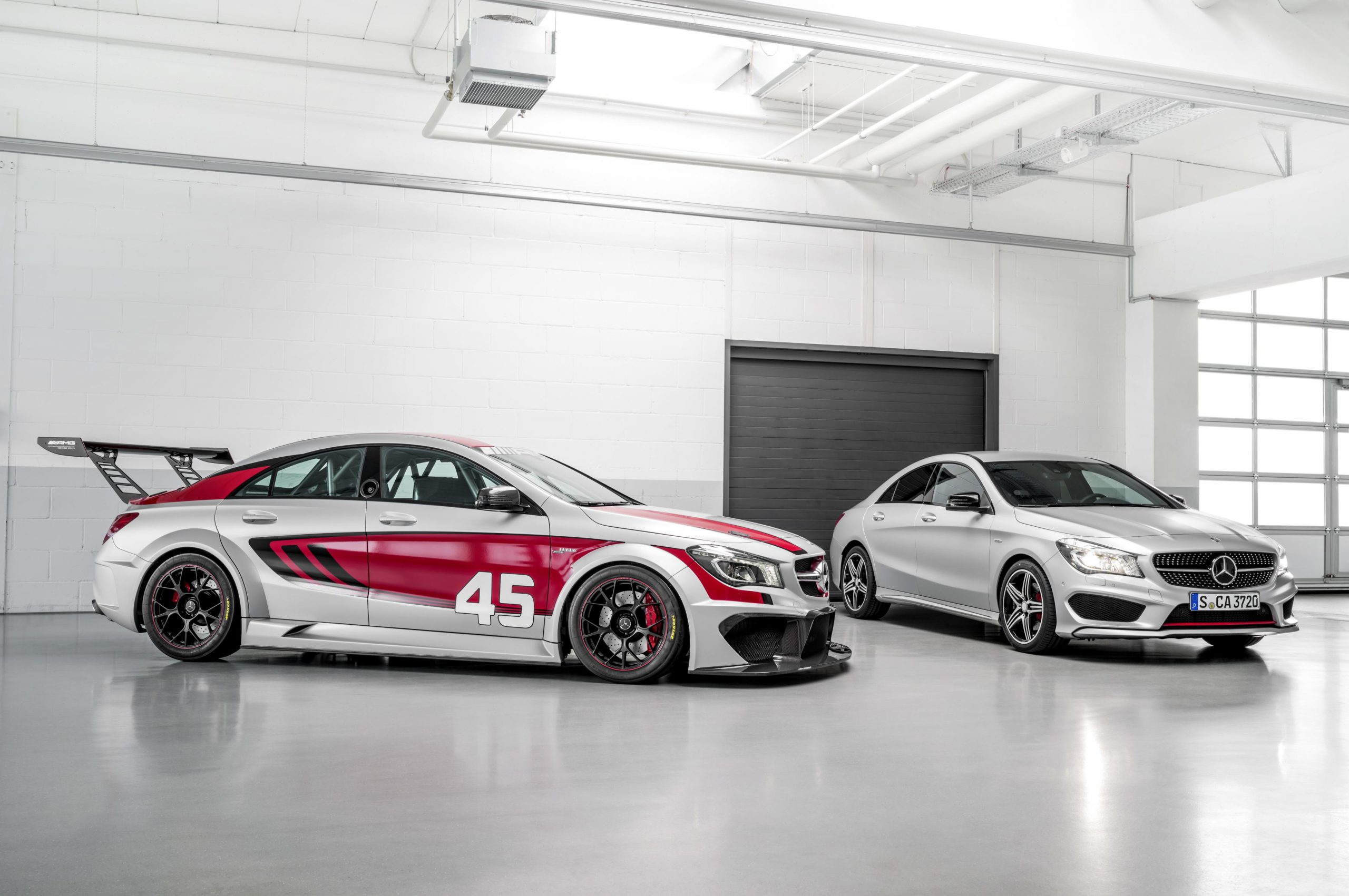 What wins on Sunday sells on Monday is a popular mantra held by automakers; hoping to have their motorsport successes translate into public sales. 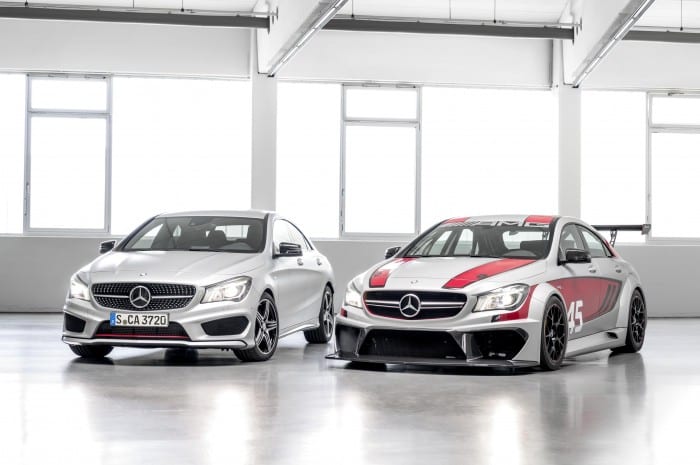 This racing version of the Mercedes-Benz CLA45 AMG is almost certain to infuse more excitement into the mix. According to Mercedes-Benz South Africa spokeswoman, Shirle Greig the CLA is due to arrive locally around November this year. 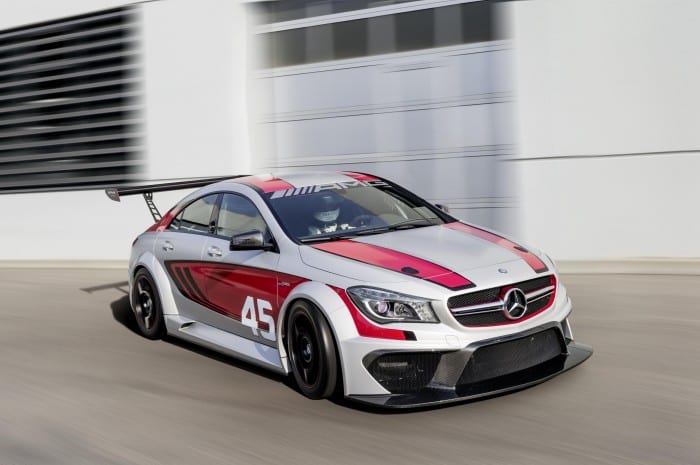 Like its A45 sibling, the CLA45 is powered by a two-litre turbocharged engine. This Racing Series model is designed for motorsport privateers and the automaker says it’ll build on the success of their SLS AMG GT3 racer, which has managed to earn a few championship titles including the FIA GT3 European Championship of 2012. 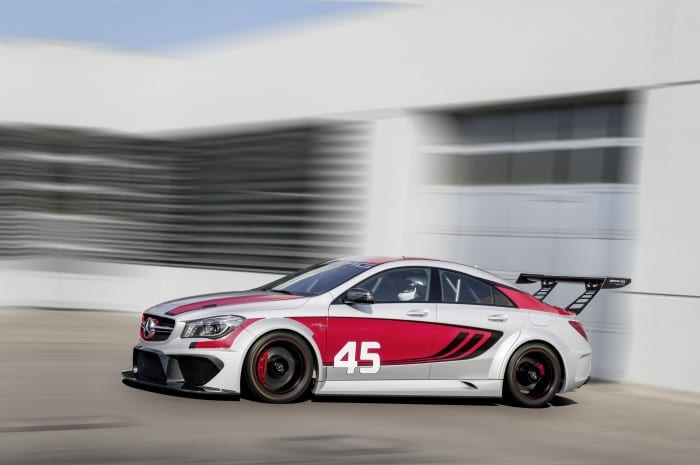 The CLA45 AMG Racing Series is angrier: everything on the outside is more aggressive, befitting its track-brawler status. Carbon fibre hasn’t been spared either. Racing suspension allows individual adjustments for track setup. And there’s a high-performance braking system. 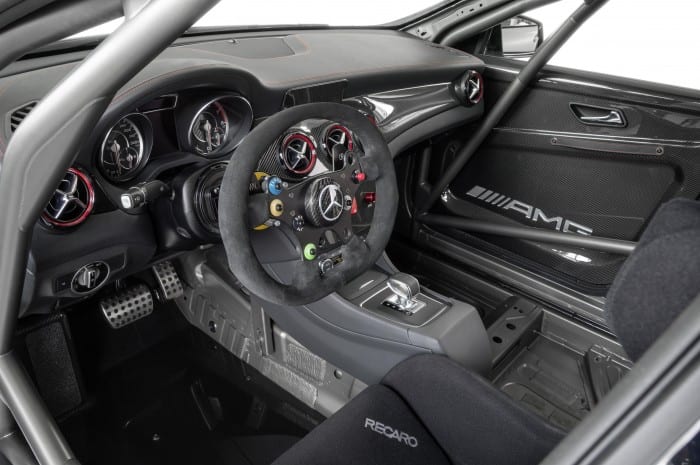 Inside it’s been stripped-out too. There are carbon-fibre racing seats from Recaro and an integrated fire extinguishing system. It’ll make its premiere at the forthcoming Frankfurt Motor Show.