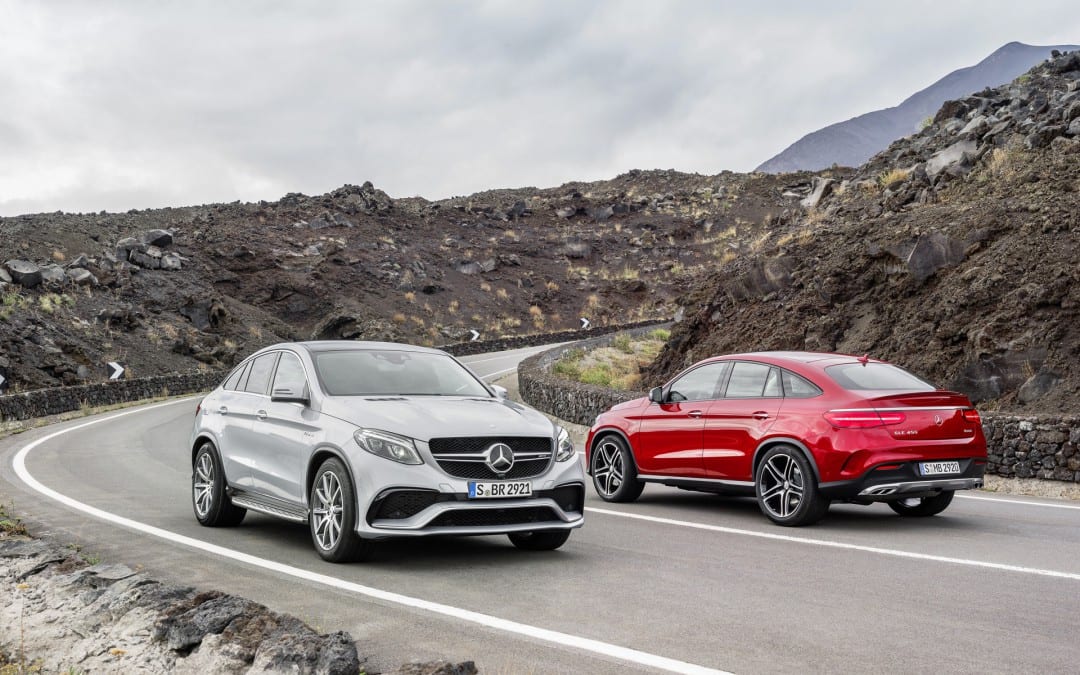 If one were to select a single feature by which to define Mercedes’s newest arrival, it probably wouldn’t be the swoopy roofline or its S-Class-resembling tail lights. No, your attention would likely be focussed on its gigantic wheels – items of a size you’d usually only find on concept cars or design sketches. But as improbable as those gargantuan rims seem, they really do set the tone for the latest coupé-SUV mash-up to land on local shores. They definitely grab your eye, and somehow manage to lighten the bulk of the largest coupé in the Mercedes range – if you insist on applying that title to a massive, high-riding 5-door hatchback, that is…

We’ve seen this kind of vehicle before: BMW launched the X6 way back when (it’s well into its second generation already), to be met with derision and ridicule from the motoring press the world over. But, against all expectations, the X6 turned out to be a big sales success: at the end of the first generation’s production run, more than 250 000 units have been sold. So it was logical that Mercedes-Benz would also want a slice of that pie – and, seeing as they’re in the process of rejuvenating (and renaming) their entire model range, they finally have opportunity to introduce their own take on this theme.

Using the SUV currently known as the ML (soon to be renamed the GLE) as a base, the GLE Coupé looks….. well, much like its Bavarian counterpart, really – at least around the rear end. The sloping roof and tapered windows are there and accounted for – as they should be, given its “coupé” billing. The X6’s exaggerated fender details are absent on the GLE Coupé though, with the Mercedes designers favouring a cleaner, simpler style around the rear haunches. 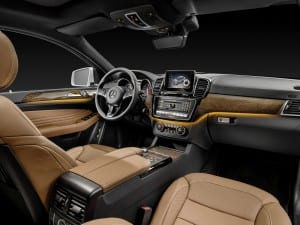 It still looks squat and muscular, with its broad-shouldered stance amplified by those massive tyres (starting at 20 inches in diameter, going all the way up to 22 inches in the range topper). The front end also follows current Mercedes-Benz styling cues, with the three-pointed star taking pride of place in a slightly protruding grille. Sure, many people probably won’t see it as the most beautiful car around, but it certainly has a classy, imposing presence in the metal.

Underneath its assertively styled skin, it’s partly business as usual. The ML underpinnings are updated somewhat, making it rather more athletic than any Mercedes SUV has ever been, and the drivetrains are improved quite significantly. The range opens up with a 350d variant, featuring the familiar 3.0-litre turbo-diesel engine producing 190 kW and 620 Nm, now mated with an all-new 9-speed automatic transmission (and permanent all wheel drive). The same 9-speed gearbox also features in the mid-range 450 AMG Sport derivative, but this time it sits behind a new 3.0-litre twin-turbo charged and direct-injected petrol mill which delivers 270 kW and 520 Nm.

We didn’t have opportunity to drive the 350d at the recent launch event, but did manage to spend a fair amount of time behind the steering wheel of the very impressive 450 AMG Sport. The new petrol engine’s power delivery is extremely smooth, yet it manages to shunt the large, heavy vehicle around with considerable vigour, howling with glee upon entering the upper reaches of its operating range. Acceleration from standstill to 100 km/h officially takes 5.7 seconds, and it certainly feels like this performance would be easy to achieve. The new gearbox also impressed, because it slips seamlessly between the ratios, responds reasonably promptly to inputs from the gearshift paddles, and never hunts for the appropriate ratio when left to its own devices. 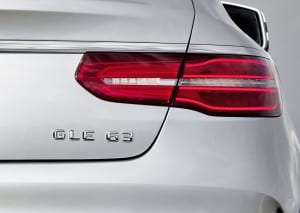 But most coupé buyers would probably look towards the very top of the model range, where the GLE 63 S, where its thundering twin-turbo 5.4-litre V8 (mated to the older 7-speed autobox) rules over all challengers. 430 kW and 760 Nm puts it at the top of its class, and delivers predictably explosive performance. The 0 – 100 km/h sprint is dispatched in a mere 4.2 seconds, and its maximum speed is limited to 250 km/h. It really is rolling theatre to drive, with a bellowing roar from the exhaust accompanied by serious speed. It’s also surprisingly useful around corners, because the same system which contains the S-Class Coupé’s body roll also shows up in the GLE 63 S.

The GLE Coupé isn’t only about speed, however. For starters, those massive wheels play a part in creating a surprising amount of ground clearance: the default height under its belly measures 250 mm, and grows to a frankly amazing 300 mm when the (optional of 350d, standard on the others) air suspension is called upon to lift the car even higher. As a result, the GLE Coupé is surprisingly capable in off-road situations.

You still shouldn’t use it to go rock-climbing (there are some expensive and vulnerable-looking bits of body kit protruding all over), but it easily coped with muddy tracks and fairly serious axle-twisters – also aided by a stability control system which offers an off-road mode. The hill descent control deserves an honourable mention here, because it allows the driver to set any crawl speed between 2 and 18 km/h. Perfect to get to that watering hole at your favourite game reserve, or to attack that challenging track to the nursery… 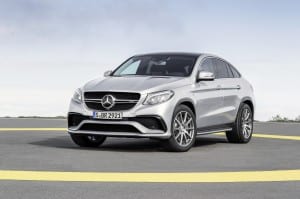 In keeping with the under-skin improvements to the ML, the cabin is also updated to bring it in line with the current Mercedes philosophy. While the general layout is still familiar, the multimedia system receives an update in the form of Merc’s now-typical free-standing display screen, and the rotary controller is matched with a touch-pad to simplify entering your destination into the sat-nav. There’s also a surprising amount of interior- and luggage space, with the ability to seat a quartet of six-footers with ease, and accommodate quite a few sets of golf bags behind them.

Of course, we’re talking about a Mercedes-Benz here, which means that this wide spread of abilities, from tearing up the tarmac to trundling along a forestry trail, comes with a pretty serious price tag. The entry-level GLE 350d Coupé (barely) manages to slip under the million-Rand barrier at R 999 900, topping out at an eye-watering R 1 859 900 for the GLE 63 S. The sweet spot might just be the brilliant GLE 450 AMG Sport at R 1 099 900: it’s plenty quick enough, sounds almost as good as its bigger-engined sibling, and seems to be a bit of a bargain in this company. And, as is customary with the Germans, there’s a whole host of options available: choose wisely when that order form lies ahead of you, for it won’t take much effort to add another R 150 000 to the price tag. 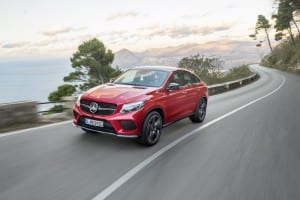 Whether vehicles such as these really deserve a place in the market is still, even after all these years, debatable. Normal estate cars are more practical, more economical and a lot less expensive, and genuine off-roaders will still humiliate any soft-roader SUV off the beaten track. But that’s irrelevant: people buy them, so manufacturers will keep building them. As far as this (possibly pointless) segment goes, the new Mercedes-Benz GLE Coupé is certainly capable taking the fight right to its competitors.