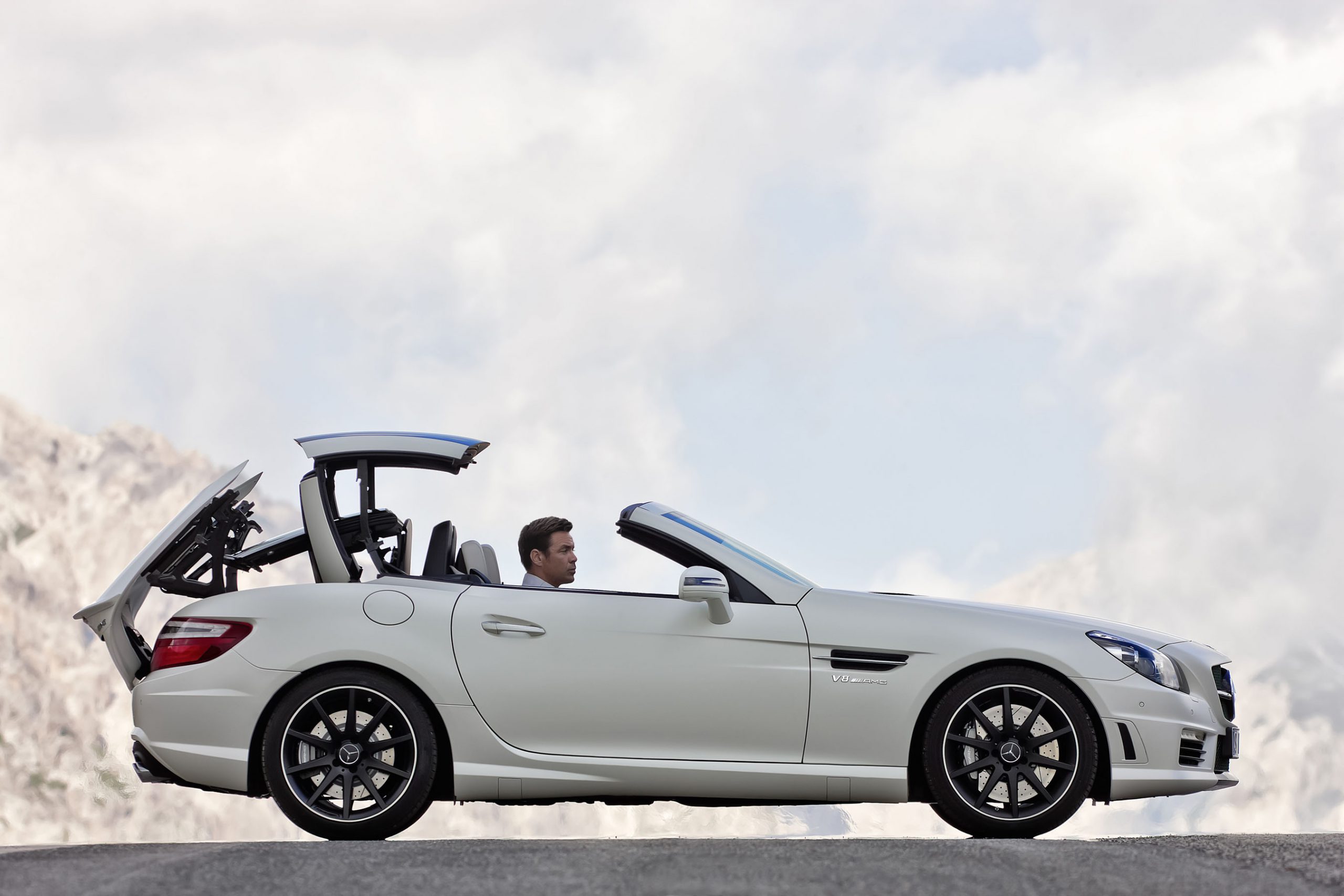 Wealthy bachelors beware. A trail of spurned lovers and broken hearts will follow in the glorious V8 wake of your Mercedes-Benz SLK 55 AMG.

It’s surprising that there aren’t any stickers that read Achtung Baby on this littlest roadster in the German automaker’s range. And while it might be the baby of their topless line-up, the size of its heart and character are hard to argue with.

Two seats, a folding roof and a menacing mechanical soundtrack are bound to dazzle. But a near million Rand asking price counts against it; especially when you consider newer rivals on the market for less. 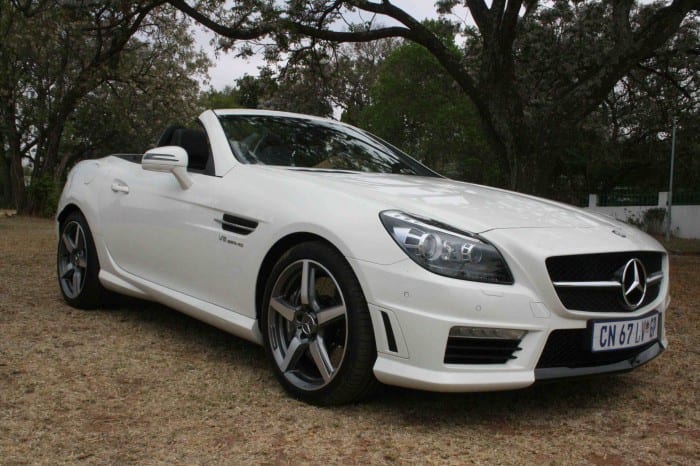 The classic sports car experience is characterised by balance: harmony between weight and power, with a feeling of lightness, athleticism and agility.

But this Benz is more steak and chips than salad. It feels like a muscle car, with that thumping eight-cylinder mill at the nose-end. A heavy steering further lends itself to the beefy driving persona.

A charming hooligan, it thrills with its fight-picking tendencies. The pert rear likes to sway if you stab the power pedal – even with the electronic systems activated. Rear tyre life is bound to be short.

You’re unlikely to tire of the straight-line theatrics either. Gentle take-offs from the traffic lights render a faint grumble. Kick your right foot down and it gallops forward with a thunderous roar, bystanders are gawking, fellow motorists are cursing your disregard for the ozone layer.

There are buyers out there who don’t want the precision of a Porsche Boxster, or the swift muteness of an Audi TT-RS. If you fall into this category, you’re catered for. Forget the hairdresser stigmas. This is more likely to be driven by demon barber Sweeny Todd.

If all you seek in a car is its ability to dazzle the dames – or lads – rest assured the AMG delivers. We put it to the test by attending a Spring soiree, all in the name of automotive journalism.

A contingent of youthful, car-crazy ladies literally flocked to the compact roadster, disappointing their suitors. Some fought to be driven around the block. Others proposed.

With its AMG-specific exterior kit, comprising five-spoke silver alloys, a more aggressive face and a rear with four shiny barrels, it seizes attention. The SLK is like one of those stout, muscular gym-goers: unfazed by size, projecting the kind of enviable confidence that earns them a raft of phone numbers at the weekend. 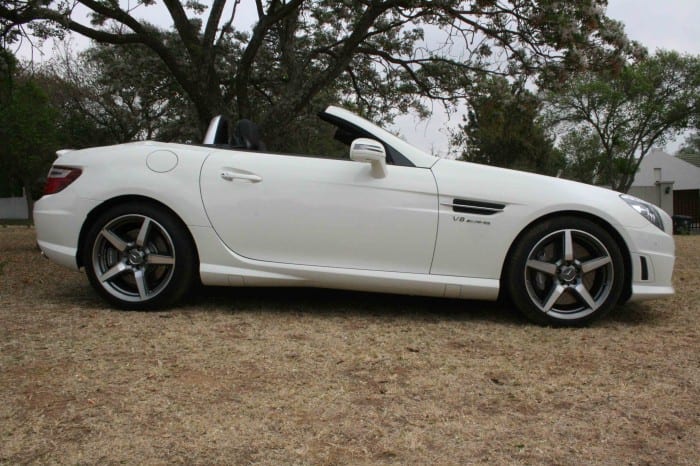 Being a Mercedes-Benz; the boffins in the white coats have considered everything. It’s a lot more comfortable than you’d expect, despite those chunky alloys and firm suspension.

The AMG buckets are snug and comfortable enough for the daily drive. Driving topless in the unseasonably cold weather we experienced this week was bearable, thanks to the Airscarf and effective draught-stoppers.

It’s fairly frugal too, thanks to cylinder shut-off technology, start-stop and a tailored Eco mode. With the metal folding roof up, boot space is reasonable with room for two decent-sized bags. Stowing the top reduces it though.

We didn’t like the accelerator pedal modulation, which reacted more like an on and off switch. It’s especially tricky if you’re in bumper to bumper traffic, or if you’re trying to make the most out of limited space in tight parking areas. 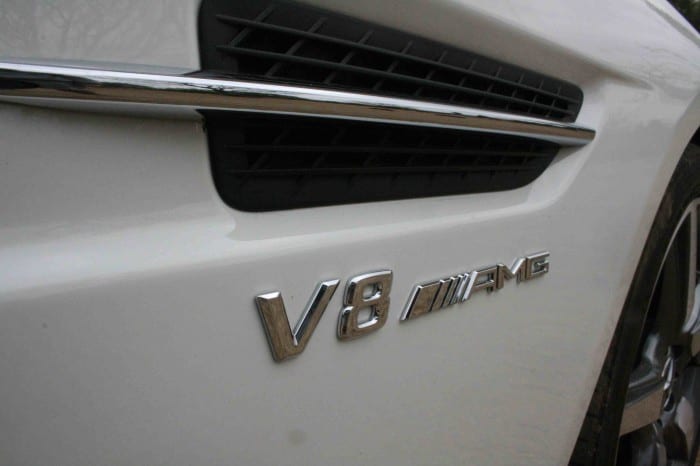 While the brutish character and magnetic charm of the AMG-fettled SLK is something to be admired, the price is enough to make even the more well-heeled shoppers grimace.