Mercedes-Benz on the offensive with 5 new SUV models 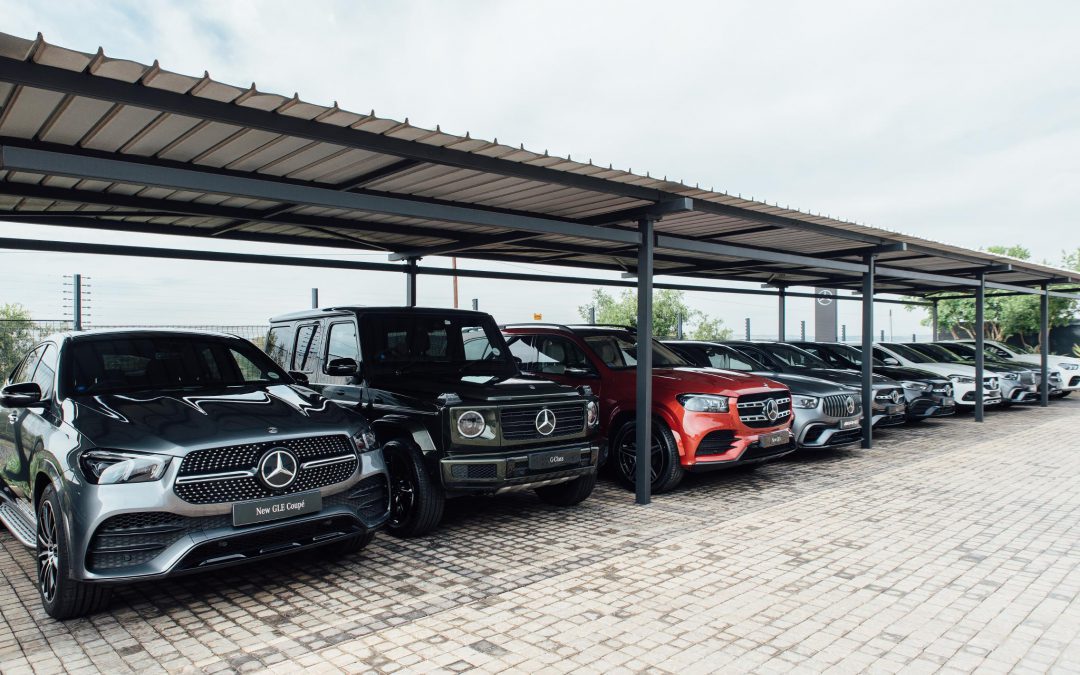 Its nearly the end of what’s been a challenging year for many of us, where economies have taken a knock and companies have folded – but amid all the chaos brands like Mercedes-Benz have been plotting their assault, and they’ve just pulled the trigger. November 2020 marks the month where the German brand decided to launch a fleet of SUV’s all at once, and we were there to witness it.

As you may know by now, the SUV market is a hotly contested scene and the vehicles sell like hotcakes. Car manufacturers know this and they’ve simply capitalised on the situation. Five SUV’s, some completely new models and others existing, have joined the Mercedes-Benz portfolio. To give you a better understanding of their strategy, Mercedes-Benz now has an SUV version of all their smaller models. You can tell which SUV belongs to which model by looking at the last letter of its model name. For instance, the GLC is the SUV version of the popular C Class, and so it goes with the rest of the range. There’s a Mercedes-Benz SUV to suit every need and taste.

First in line is the new GLA. It’s the entry point into the Merc SUV range and positions itself as the baby SUV. The Mercedes-Benz GLA came into the market in 2014 equipped with charm and good looks. The brand has now upped the ante with a new design that looks dynamic, compact and ultra-modern. It stands 10cm taller than the old GLA and offers more interior space while making use of the brand’s MBUX system, much like the rest of their current range. As things stand, the new GLA is offered in two variants, a GLA200 and a GLA200d – both are powered by four-cylinder engines at the heart of which is efficiency and performance. The 200 petrol makes use of a 1.3-litre drivetrain putting out 120 kW and 250 Nm, while the 200d has a 2.0-litre diesel engine good for 110 kW and 320 Nm.

Move up a tier and you’ll find the all-new Mercedes-Benz GLB. Now this one we’ve been waiting for and it’s finally available in SA. It’s bigger than the GLA even though they’re both compact SUV’s. From a design perspective, this latest member of the family has a squared-off shape giving it a robust appearance. With a nearly 3 metre long wheelbase, it’s also 10cm longer than the new B-Class, which means more interior space for you and yours. The GLB is available in three trims; Style, AMG and Progressive. Engine options in the new SUV are limited to two for now – a GLB 250 and a 220d 4MATIC.

What’s more is that although it’s a compact SUV, the Mercedes-Benz GLB can be had with a third row of seats, bringing the total number of seats to seven.

Here the compact SUV range ends and we look at the larger side of the family. Currently, South Africans will only have one derivative available in the GLE format – the GLE 400d Coupe. Beneath the bonnet of the 400d is a six-cylinder diesel engine which churns out 243 kW and 700 Nm, sent to all four wheels via the 4MATIC system. This means the Mercedes-Benz GLE Coupe will accelerate from standstill to 100 km/h in a respectable 5.7 seconds. Where running gear is concerned, the GLE Coupe comes with a standard set of 20-inch alloy wheels, which look good on the SUV. Optionally, you can opt for the 22-inch wheels if you consider bigger better. Running boards on the sides, a panoramic sliding glass roof, an AMG sports pack, and a retractable tow bar are all standard equipment here. The tow bar will also be a standard feature on all of the brands’ SUV’s going forward. The first half of 2021 should also mark the introduction of a GLE 63 and 53. Until then, we wait patiently.

The G Class is arguably the most popular SUV in Mercedes-Benz’s line-up, and a new G 400d now joins the family. To commemorate the G’s 40th anniversary in 2019, Mercedes-Benz has launched the G 400d in a limited run J40 Edition. The 6-cylinder engine beneath that square hood is the same unit utilised by the GLE Coupe and produces identical performance figures in the G Wagon. An AMG Line body kit which includes flared wheel arches over 20-inch AMG wheels is standard from the factory and includes a Night Package with darkened lights and mirrors. Inside is a highly customisable interior with 6 Nappa leather options to choose from, all for an asking price of R2 874 000.

This is another new entrant to the Mercedes-Benz SUV clan and it’s the largest and most luxurious of them all – rightfully so because it’s essentially an S Class on stilts. Available to South Africans in GLS 400d and GLS 580 variants, the latter has the world’s first electrified V8 petrol engine with a 48-volt electrical system says the German firm. Power from the eight-cylinder is enough to move this ship along without hassle at 360 kW and 700 Nm. On EQ Boost, an additional 16 kW and 250 Nm of torque are made available for a limited period. Ride quality in the GLS is kept plush through a standard Airmatic air suspension – we wouldn’t expect anything less at this level. With this suspension, the large SUV has off-road functions which include a recovery mode. This setting will get you out sticky environments like sand dunes by rocking the vehicle up and down and improving wheel traction to set you free. Talk about ingenuity. There are many standard bells and whistles in the GLS, including a panoramic glass sunroof, and wait for it – there’s still a GLS 63 as well as a GLS 600 Maybach on the way in 2021!