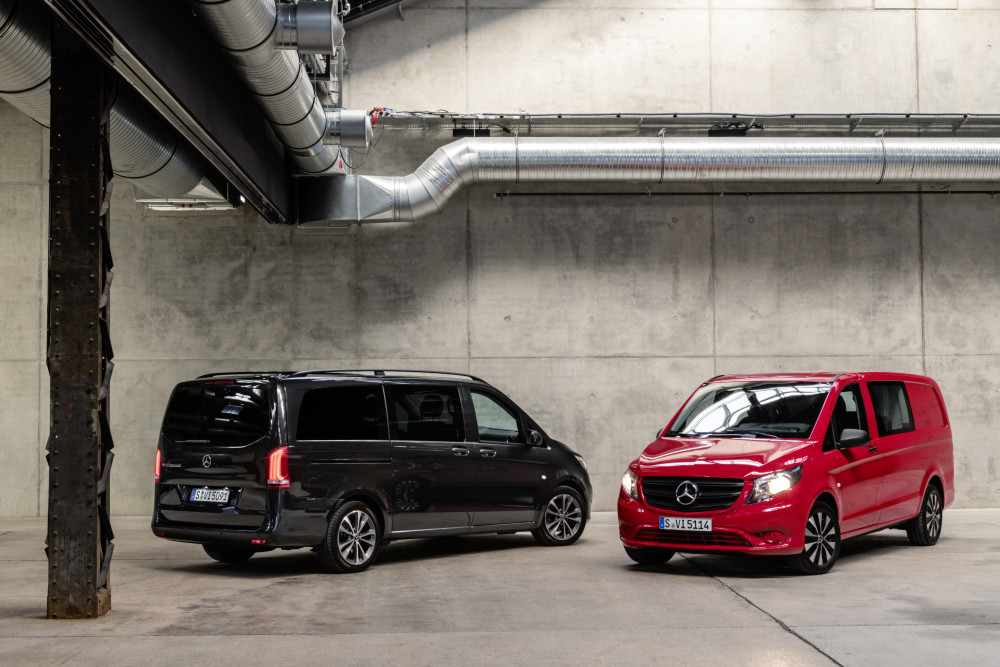 You get your everyday vans and shuttles and then those from a premium nick of the woods, such as the Mercedes-Benz Vito. Whether you recognize it or not, there is a significant difference between the two and the Vito isn’t your run-of-the-mill van. Even as a premium stable, there are tiers in Mercedes-Benz’s vans, and the one up from this is the V-Class. Today we’ll focus solely on the Vito because the German firm has recently spruced it up a tad.

You may not be aware of this, but the Vito is available in three unique spec’s, each designed for a different purpose. There’s the Panel Van – this is the workhorse, the goods carrier with acres of open room at the back. Next is the Mixto, also known as the crew cab. This variant as the name suggests mixes utility and passenger space and will operate both as a goods and crew vehicle. Finally, the Vito range is topped by the Tourer, whose sole desire in life is to transport people in relative style, comfort and privacy. 1.8 million of these vehicles have found homes around the globe since they came into the market in 1996, and in 2021 Mercedes-Benz decided that it was time for a mild facelift.

Now that you’re familiar with the Vito range and its history, let’s get into what’s new, different in this refreshed range.

Since this is a facelift, mild revisions have been made to its already handsome styling. Upfront, the customary grille update has been applied to the new Vito range, which can be had with a chrome detailing option. The new grille is available to those who request the Active Brake Assist function, Driver Assist Package, or colour-coded bumpers. With the chrome option and black paint on the body, the Vito looks appealing and retains its premium appearance. Sadly, not much else has been done to the exterior. It could be that the Vito’s designers were having a bad day when they were commissioned to draw up the facelift blueprint. We’ll never know.

Thankfully, by the time they began working on the interior, they were in better spirits. Inside the Mercedes-Benz Vito you’ll be welcomed by a new fabric on the seats, called Caluma, which replaces what was called the Tunja fabric. This new material features a white stripe pattern. You’ll find new air-conditioner vents utilized on the dash, although not completely new, they’re new to the Vito but have been used before in other models such as the luxurious V-Class. The turbine-like vents are on what the German brand refers to as a piano lacquer finish on the dash. In addition to all of this, the Vito gets a heavy-duty waterproof floor finish.

A new 7-inch touch screen is now available here for your media needs. It has smartphone mirroring through Apple CarPlay and Android Auto, as well as the traditional Bluetooth and USB connectivity. Other features added to the 2021 Mercedes-Benz Vito include Crosswind Assist and the brand’s Attention assist. As we’ve mentioned, Active Brake Assist is available here but as an option.