Mercedes-Benz’s GLE 450 has a lot to brag about 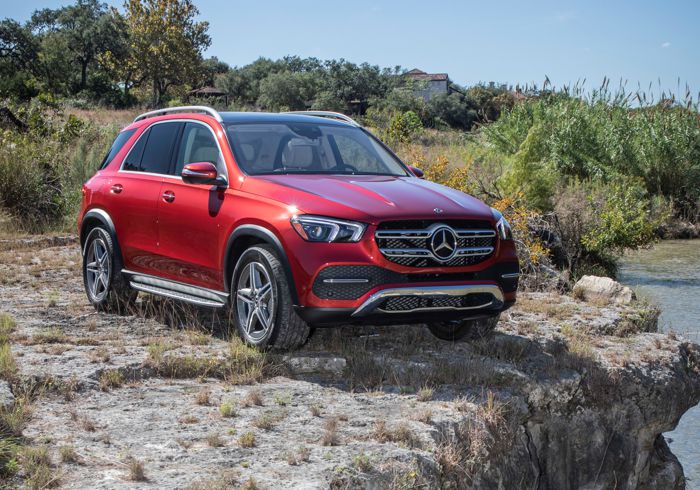 Over the years Mercedes Benz has gone through a renaming process with some of their models while adding new members to the expanding family. Interestingly, the new names no longer denote the vehicles engine size like they used to, and model names have also changed. For instance, the ML, which had a production run of nearly two decades has now become the GLE.

Our introduction to this fresh iteration of the Mercedes Benz SUV was through the GLE 450, and as we’ve pointed out with the numbering system, the 450 is no longer directly linked to the engine size. Here a 3.0-litre petrol unit occupies the engine bay, where traditionally this same model would have been named the GLE 300. Mind you a 300d does exist and is powered by a 2.0-litre diesel engine. Enough with the long history lesson, because that’s not why you clicked on this link, you’re here because you’re interested in the Mercedes Benz GLE 450 SUV.

So what you’re looking at is a completely redesigned SUV which was introduced to us locally towards the end of 2019. The GLE carries Mercedes Benz’s latest design philosophy from front to rear, and you’ll see it mainly through the grille, headlamps and taillights. It’s an up-to-date design and we like it. What you won’t easily pick up while observing it from the outside is just how big this SUV is, which translates to a very spacious interior. Once inside you’re greeted by a commodious space which instantly feels welcoming,allowing you to quickly settle in. Mind you, it’s not only the driver and passenger who get to enjoy more room than they know what to do with, but rear passengers will also appreciate the space allocated to that cosy rear seat. It will have you considering hiring a driver to take full advantage of its volume and pleasantness. What’s more, is that if you have a big family and require more seats to avoid little squabbles at the back over who should sit in the middle, you can request a third row of seats when placing your order an added option, and turn your GLE into a seven-seater.

For the individuals in the family old enough to take up driving duties, the GLE 450 SUV will not disappoint. The ride in this car is refined and effortless, with Mercedes Benz’s active air suspension taking care of major kinks and imperfections on the road. It does this by adjusting the dampening on each wheel. Powered by a 3.0-litre inline 6-cylinder petrol engine, this unit is just as refined as other parts of the Mercedes Benz. With an output of 270 kW and 500 Nm, we were impressed not only by its level of refinement but how it positions itself as a great allrounder. Under normal driving, the engine settles into a gentle and subdued demeanour, barely noticeable while performing its duties. When the right foot gets heavythe petrol engine switches and dials up its potency, sending a rush of power to all four wheels through the 4MATIC system. The power is always there when you need it, and a further 250 Nm is instantly made available on EQ Boost.

Speaking of EQ, did we mention that the GLE 450 is systematically electrified using 48-volt technology? Simply put, this allows the car to recoup kinetic energy under braking and coasting, and as a result, will not only increases your driving range but becomes ideal for slow-moving traffic or parking and manoeuvring where the awakening of the 6-cylinder isn’t necessary. The transition between electric and engine power is so seamless that if you aren’t paying attention, you won’t know which one of the two power sources are being used.

With so much technology being utilised, the inside of the GLE will dazzle and impress. The star of the show is the MBUX system which has two large screens dominating the dashboard, from the drivers’ side spanning to the centre of the dash. If you have a longing for the outdoors once in a while, the 4Matic all-wheel-drive system paired with the active suspension which can be raised to impressive heights will take care of your playful side. All of this for just around the R1.5 million mark.