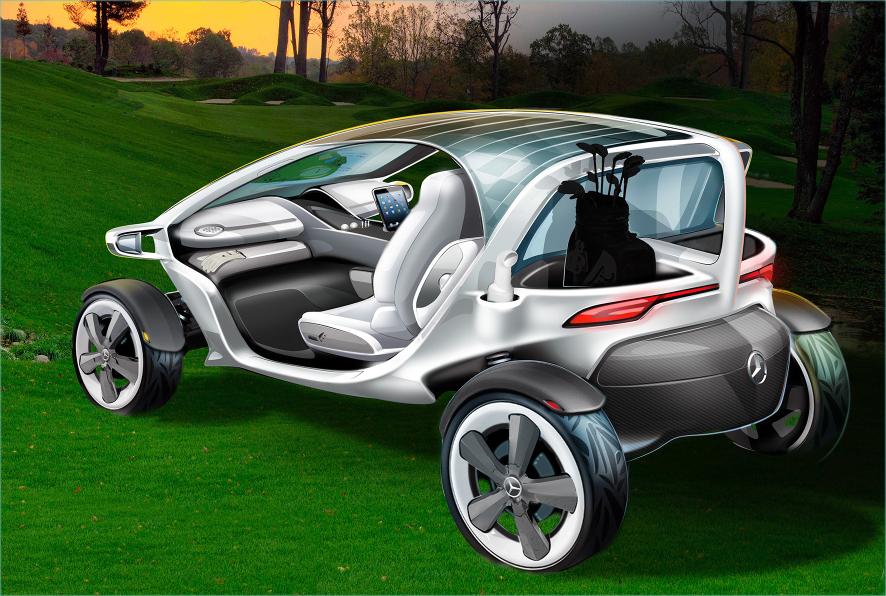 Golfing enthusiasts say that playing a round is more than exercise and recreation. It’s also a pretext for networking and fostering business deals. Mercedes-Benz has something for the well-heeled golfers serious about making an impression. 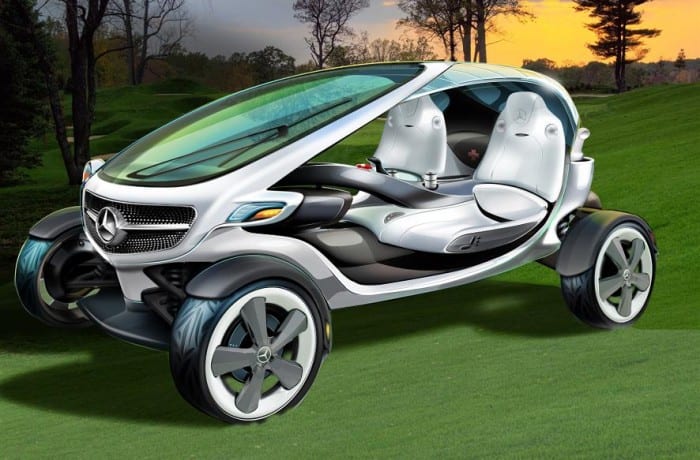 The Mercedes-Benz Vision Golf Cart is still a concept. And in creating it, the suits asked: “Why not treat a golf cart like a car and make it a golf car?” Perhaps they didn’t get the memo: there’s already a Golf car in existence and Volkswagen has been churning it out for nearly 40 years.

But the cool cart showcases some of the technology we can expect from Mercedes-Benz in the near future. It has a solar panel on the roof, keeping the battery continuously charged. And either passenger in front can drive, via a joystick on the centre console. Like in any new Mercedes passenger car, you get connectivity for a USB drive or Apple i-product. 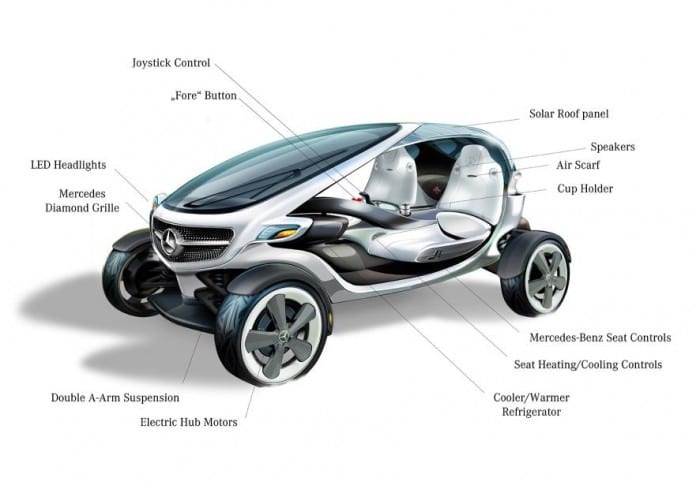 There’s also air-conditioning and a head-up display. Bluetooth is in there too. Why? Because Mercedes-Benz says you’ll need it to order drinks from the clubhouse while on your golfing mission. The cart even has rain sensors. And like you’d find in one of their roadsters, an Airscarf which sends warmth down driver’s and passenger’s necks.

We think if golfers had one of these, they’d spend more time fooling around in it, than playing the game.