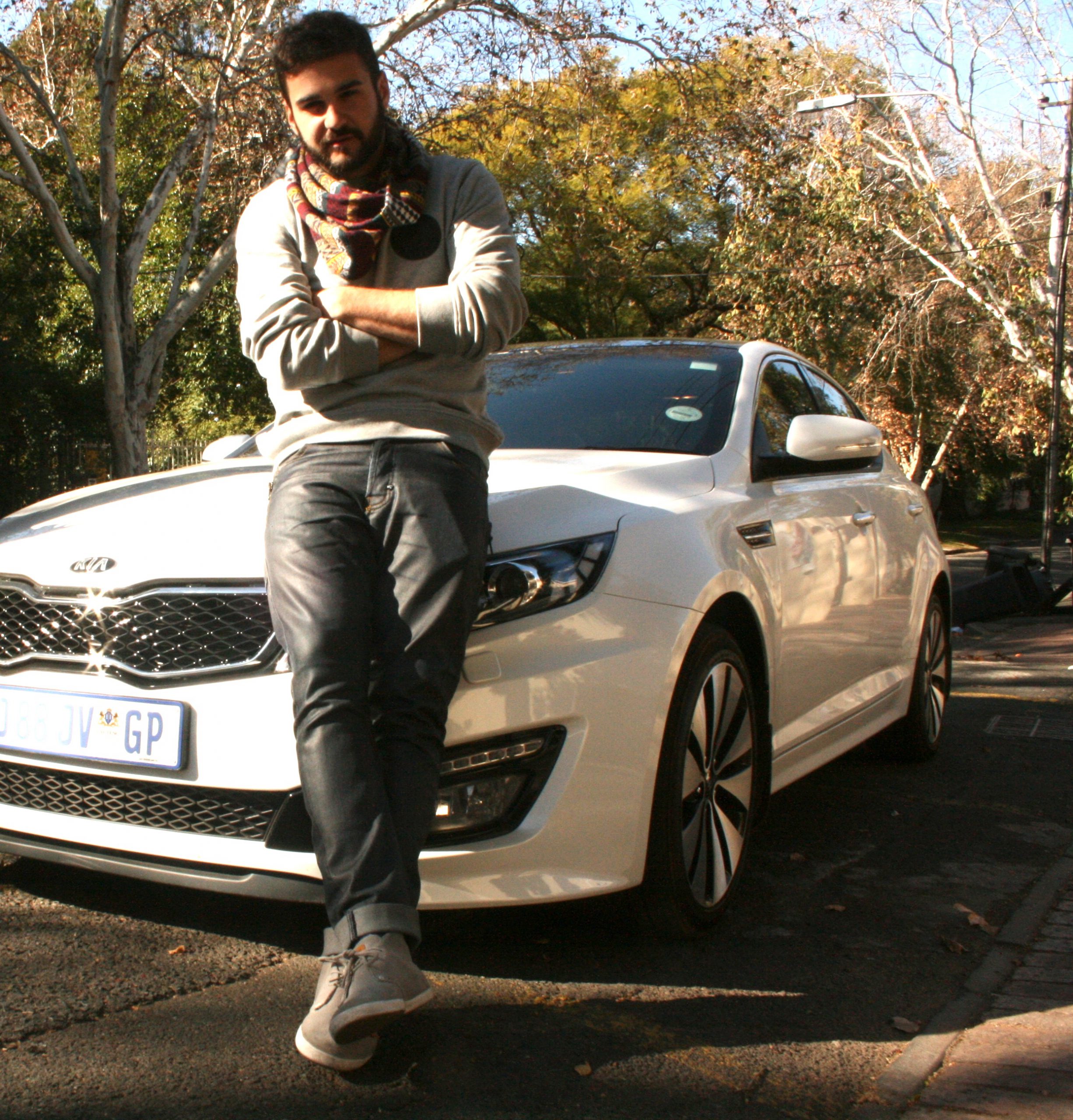 We talked cars with Mi Casa’s friendly frontman, Joao Fonseca – better known as J’Something. The group’s other halves, Mo-T and Dr.Duda, were stuck in one of Johannesburg’s notorious traffic jams.

Fonseca conceded it was interesting to have an interview with a motoring spin for a change. Since he’s used to being quizzed by entertainment writers on his relationship status. 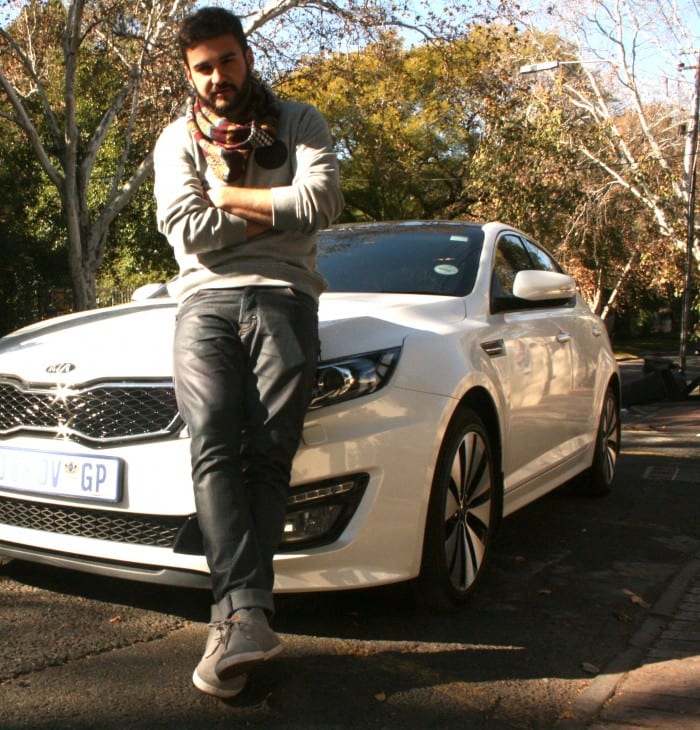 What was your first car?

A hand-me-down Honda Ballade. It had 400 000 kilometers on it. At that point I was just trying to get my life started. Then I saved and bought a Toyota Tazz. After that I bought a BMW 1-Series. Then finally, my dream car – a Jeep Wrangler.

Tell us about your first crash?

I borrowed a friend’s BMW M3. It was Christmas Day and I was rushing to a gig in the rain. I was doing about 110km/h, hit a puddle and the car lost control. Luckily insurance paid-out and he bought a new M3

What do you drive now?

A Kia Optima – we’re ambassadors for the brand.

Why did you choose it?

Kia told us we could have any car we wanted. The Optima stood out – it’s a unique car. I sold the Wrangler, but it’s always been a dream of mine to have one. 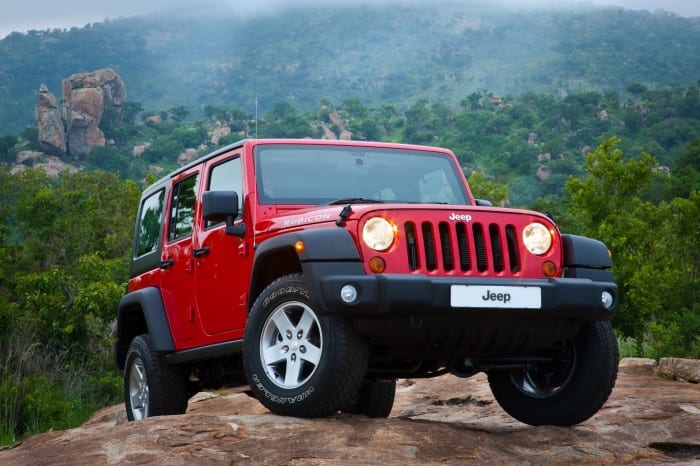 Can you change a tyre yourself?

Fortunately I can. I learned the hard way, Mo-T taught me.

You’re driving through Camps Bay in a convertible. Who would be with you and why?

My first thought would be the guys. Mo-T and Duda. We’d probably be going to a gig. Or chilling at the beach. We love spending time together. We spend a lot of time together on the road. Once we drove from Durban, to Lesotho, then Bloemfontein. Mo-T and I did a road-trip to Drakensburg in the Wrangler too. 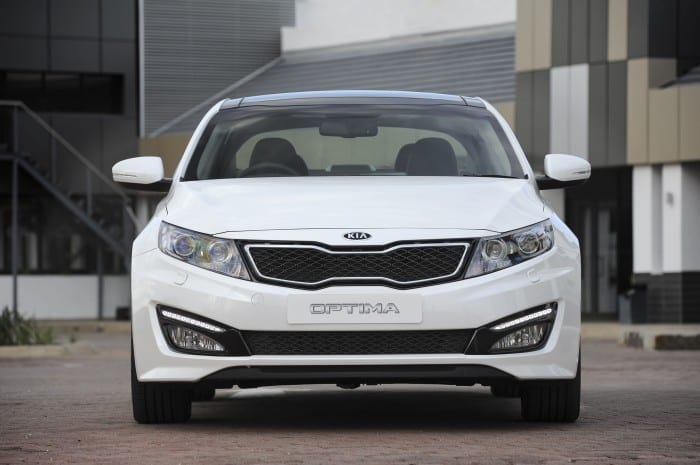 I can’t think of any. When we travel by bus, we usually have a lot of fun in the back. Singing, making music without instruments. We try and have fun. Nothing naughty. We are good boys.

Did you get your license on the first try?

I did – passed my test in Port Alfred, in the Eastern Cape. But I used to drive before that. My mom used to have an old 1950s Beetle and when I was 14, I thought I’d be clever and take it. I ended up rolling it down the driveway because I couldn’t get the clutch-control right. A gentleman driving by had to help me get it back up the hill.

What will we find in your car’s CD player, or iPod playlist?

I’m currently listening to Simply Red’s Greatest Hits. But I’m also re-listening to some of the music we’re currently working on. We’re releasing on August 16.

What five cars would you have in your dream garage?

I’d get a Jeep Wrangler, I like vintage Porsches too so I’d get one of those. A Range Rover would always be in there. And a Kia Rio too, because everyone needs a runaround car to save petrol –  how would I fuel these cars once the Lotto money ends? And I’d also like a nice baby blue Bentley.