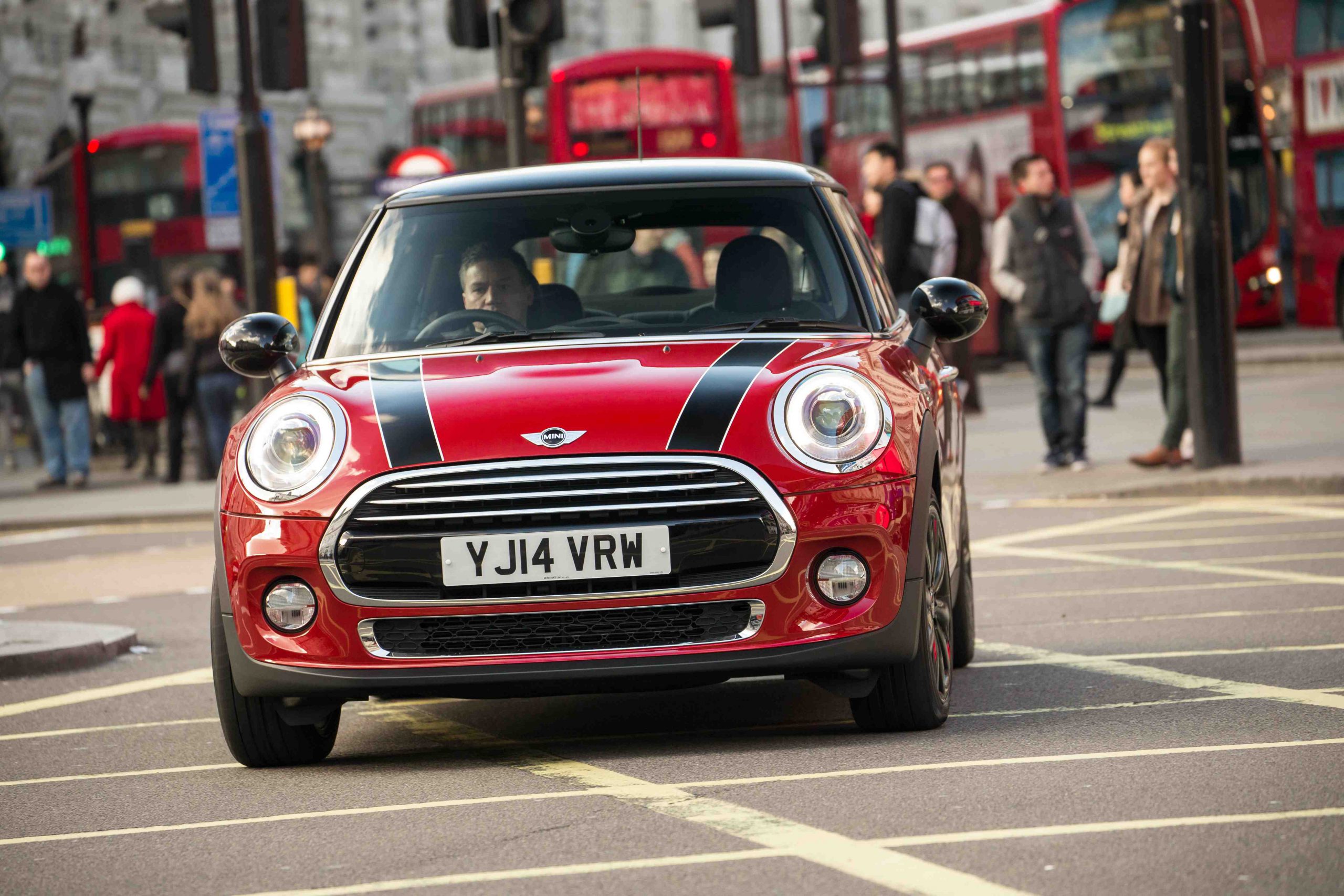 Everybody loves the original Mini. It’s hard not to be charmed by the car’s cheerful and cheeky persona. The new model is poised to continue the brand’s rich heritage, spanning more than five decades. Under the wing of the BMW Group, Mini has matured: the latest one isn’t as small as the name once implied. But given the demand for premium compact cars with a grown-up feel, is that such a bad thing? 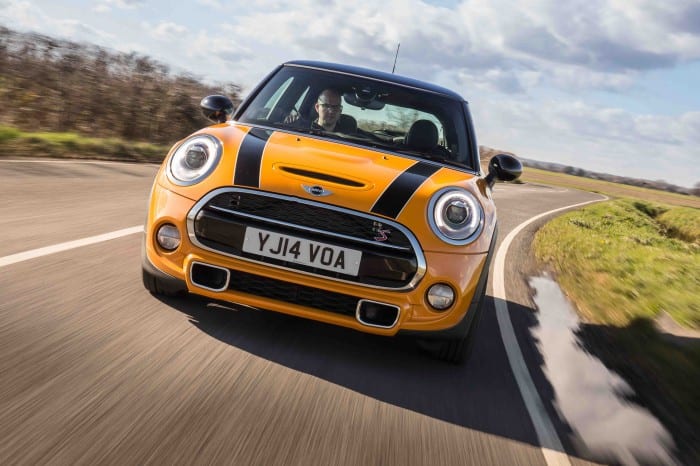 The new Cooper Hatch looks similar to its past siblings but be assured that it’s an all-new model inside and out. Its exterior boasts those instantly identifiable Mini attributes. Thankfully in the process of growing older it hasn’t lost its youthful character. Mini arguably pioneered vehicle personalisation and this one still has plenty of additional styling options for the more creative individual. Five exterior paint choices and a variety of contrasting roof and mirror caps are yours to pick at no extra cost. It looks more expressive thanks to those new headlamps. And the bolder hexagonal grille in addition to smart chrome surrounds lend an upmarket feel. The rear isn’t much different, most notable are the larger redesigned lamps. 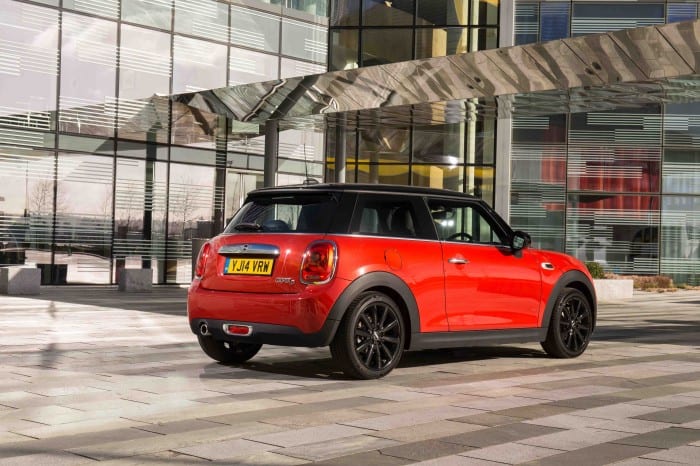 More than a pretty face

Sliding behind the wheel of the Cooper, the interior design immediately strikes attention. This time around the speedometer is place behind the steering wheel, rather then dead-centre on the fascia. It’s more convenient, allowing drivers to scan information without having to turn their heads to the left as they had to do. It’s a lot more modern and ditches some of the cheesy retro quirks of the old one. There’s a neat display screen on the centre console, with nifty lights and varying colours. Our test models were equipped with a ton of technological niceties including camera-based active cruise control, collision and pedestrian warning systems and a handy parking assistant. 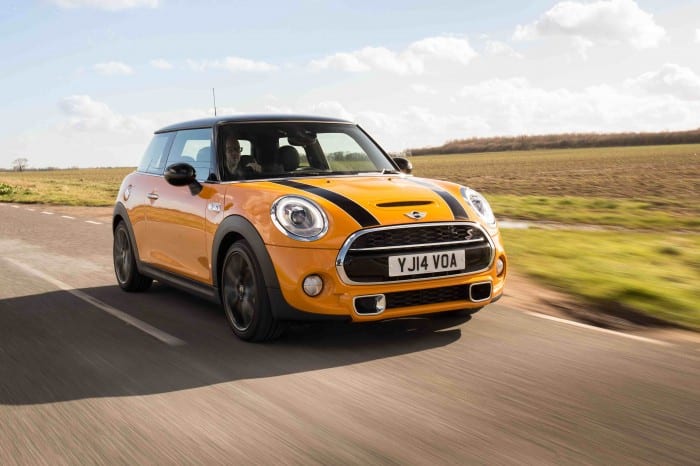 We were excited to sample the Mini’s newly-developed engines and they didn’t disappoint. The standard Cooper Hatch packs 100kW and 220Nm thanks to a turbocharged three-cylinder engine. It has a claimed 0-100km/h time of 7.9 seconds. More exciting is the Cooper S which now uses a two-litre engine kicking out 141kW and 280Nm. The performance headlines are impressive: 0-100km/h in 6.8 seconds and a top speed of 235km/h. Buyers can pick between a six-speed manual transmission or the six-speed Steptronic gearbox. 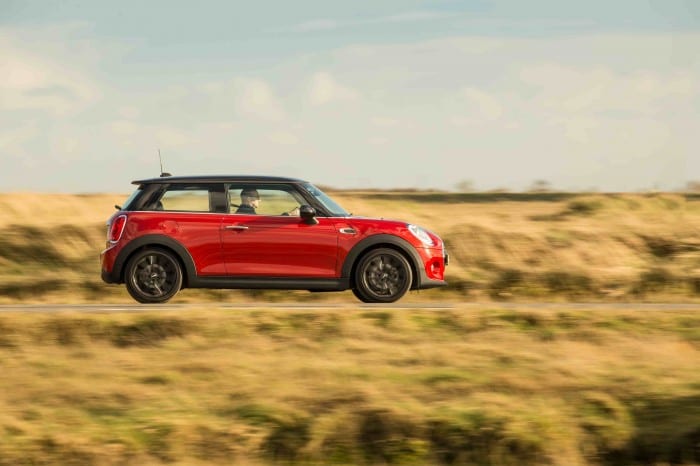 The spunky Cooper S entertained us with its responsive engine and eager-to-please nature. We enjoyed the six-speed manual transmission most: the essence of the Mini is fun and involvement after all. But we suppose most will go for the two-pedal model for city-driving convenience. The smoother engagement of gears was noted as compared to the old one. And a small steering wheel helps give a race car effect. The Mini was always famed for its go-kart handling ability; this is still a zippy performer around tight corners and pleases your inner driving enthusiast. 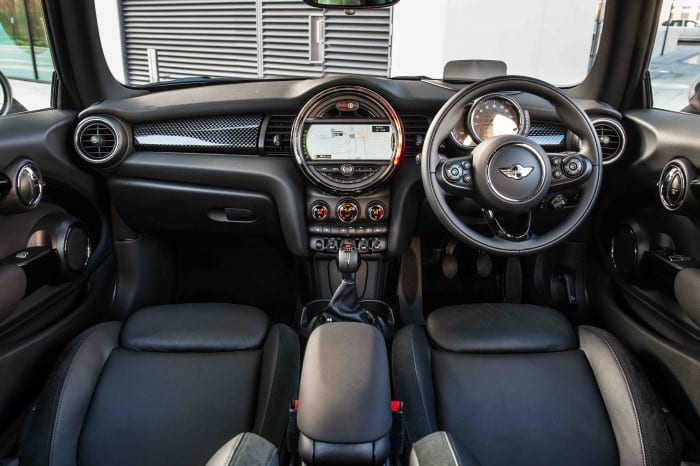 With a starting price of R287 500, many might find the Mini a little too expensive for what you get. Add R16 900 for the two-pedal derivative. The Cooper S Hatch goes for R352 500 or R369 400 for the Steptronic. Mind you, it wasn’t as if the outgoing one was cheap either – and that sold like hot cakes. It’s the newest in the arena, compared to older alternatives like the Volkswagen Beetle, Audi A1, Citroen DS3 and Fiat 500. And thanks to the engineering endowments from BMW, we feel it’s the most accomplished in its segment. To sweeten the deal, they’ve also extended the standard maintenance plan to a five-year/100 000-kilometre term versus the three-year/75 000-kilometre plan the old one had.