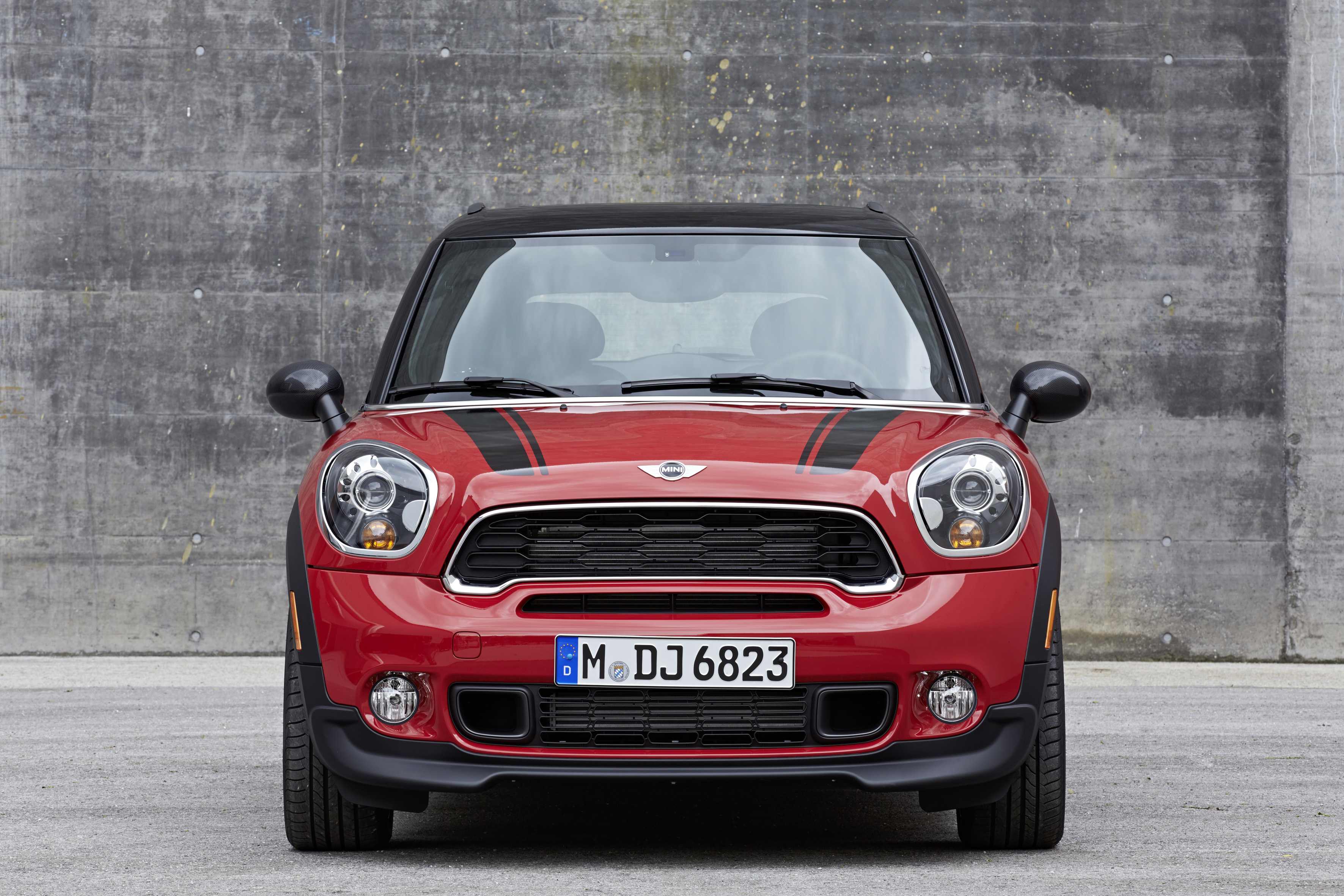 Let me state for the record that I would buy a Mini Paceman. You’re raising an eyebrow, because you know that as motoring scribes, we’re meant to be bastions of informed consumerism.

And let’s face it: nobody’s really sure what this Mini is supposed to be. It’s a mishmash of coupe, B-segment hatchback, aspiring track-racer, and mild SUV. This reinvented German-engineered British icon is as mad as a Bjork music video.

But I’m a sucker for dames with multiple personality disorders. Every layer has a story to tell.

So while the pricey Paceman John Cooper Works wouldn’t make much sense as a new buy, this hack thinks it’d bring superb second-hand value, much like its overly niche Coupe and Roadster siblings. 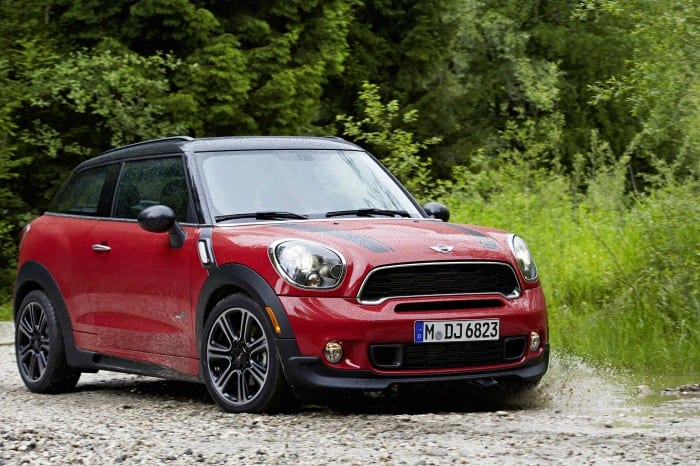 The Paceman has that distinctive frowning face which characterises the Countryman stablemate. Resign to the fact that, unlike your beloved labrador, your motoring companion will never be happy to see you.

Things take a happier turn once you hop inside. One is cheered up with a range of whimsical pings, bongs and chimes. Get the park-distance control option and reversing into bays sounds akin to a game of Pacman. You’ll be having too much fun, you’ll only stop when you hear the bang.

The driving position is good too. Not too tall. Not as low as a standard Cooper. Just right in a Goldilocks sort of way. Small steering wheel buttons only favour dainty fingers. And the throwback interior – sprinkled with a palpable BMW-ishness air of quality – is hard not to like.

The additional space as compared to its smaller two-door counterpart is also tangible. And while it has a two-plus-two layout, there is space in the back for people of average height. Look into my stripes

Kitted with the JCW accoutrements and red stripes on black paint, the Paceman looks properly wicked. Think of it as a manlier Mini offering. There’s a butch bulldog demeanour about the way it swaggers around town.

Of course, the designers couldn’t detract from the bulbous template of the original Mini – else it wouldn’t have looked like a Mini. So at the rear you’ll find puffy, rounded lights and a bulging tailgate that looks like its suffering from water retention.

Overall the meaner Mini might be an acquired taste for some. We recommend that you opt for some styling packages – if the budget allows – to best accentuate the chunky but funky looks. 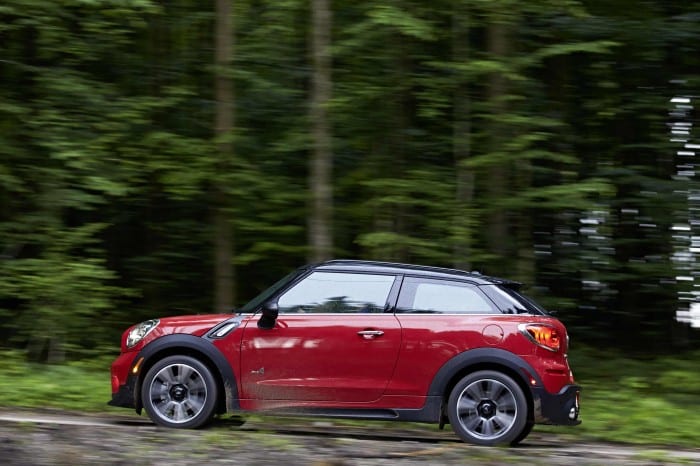 Perhaps if they’d called it the Paceman S With Extra Spice, buyers would’ve been more understanding. But when you see the letters JCW slapped on the rump of a Mini, you expect raucous performance and a terrier-like driving persona.

Sadly, the driving experience of this Paceman reflects its bulldog-like exterior. It feels lethargic, flaccid and only when the turbocharger spools up do you get a lumpy surge of acceleration.

What doesn’t help is the additional heft brought by an all-wheel drive system. Mini obviously did this to give some credibility to its claims as a “lifestyle” vehicle – which generally requires light off-road prowess. You’d be as happy with the S version, which is a fraction of a second slower to 100km/h anyway and is bound to be less thirsty. 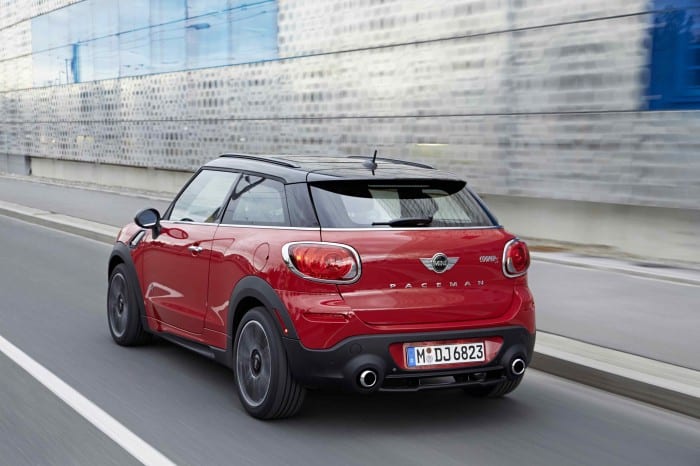 The quirky Paceman is unlikely to run off dealership floors. Especially given its steep asking price. The John Cooper Works ALL4 Steptronic model we tested has a base price of R468 100.

But loaded with extras like a sunroof, navigation system and additional styling pieces, it went just over the R500 000 mark. Buyers might simply find more value in opting for a the traditional Cooper, or a Countryman if they really, really want a Mini but also require space.

Like I said before – the Paceman is something I would buy, for its off-beat nature and exclusivity. But I’d wait for the big depreciation knock that will inevitably beset this car, and shop around on the second-hand market in two years’ time.