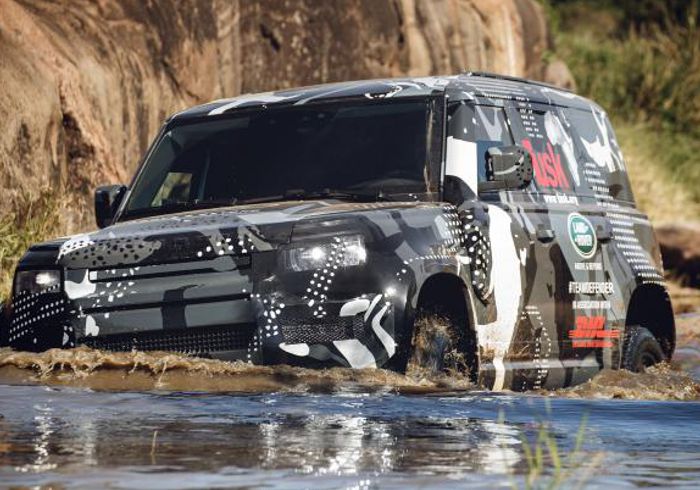 The forthcoming release of the 2020 Land Rover Defender has been the source of much speculation and curiosity, with people throughout the industry guessing and worrying about the new looks and design of the Defender. To put classicists at peace, the new Defender still follows the traits of its heritage, constantly leaking.

Looking at the leaked front end, assuming it is the final design option, we are curious to know what the public thinks about it. My initial response was that it looked like a Discovery, but when I showed the picture to a few friends they went as far as saying that they had ruined. Personally, I think we would’ve liked to see it follow the trend of how Mercedes resurrected the G-Wagon, with similar retro styling but bringing it into the modern age with updated technologies. Instead Land Rover seems to have produced another variant to match with its modern euro sleek styling range, with the white roof seen providing a small bit of solace that the Defender will retain some heritage. 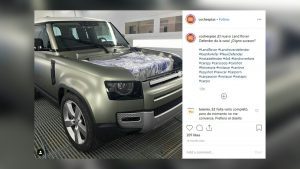 From the shot of the dash, to the recent Lego release, and now the supposed front-end shot found on Instagram, by the time it’s ready for release we will already know everything. The recent front-end image leak has provoked a Land Rover spokesperson to come out and declare that these unofficial images could possibly be just one of “many design options” and wouldn’t comment any further about the issue.

There have been further leaks, this time in regard to the specifications of the Defender, leaked to a Land Rover Discovery forum. These leaked documents show that the Defender will follow the tradition with three variants, released as the 110, in five, six, and seven seat variants, labelled the ‘Definitive Defender’, the 90, in five or six seat variants, dubbed ‘Halo, Image, Icon’ and then 130, with eight seats, tagged the ‘Premium Explorer’, following it later in the lifecycle. These documents are for an assumed overseas release so we will have to wait for Land Rover Australia to confirm if we are to get all the models and variants specified. The documents also reveal that the new Defender will have six engine variants to be optioned from: D200, D240, D300 as well as P300, P400, and P400 PHEV, a plug-in hybrid option. In terms of specifications within the range, there are four: S, SE, HSE, and X.

With what seems like continual leaks regarding the Defender, is it making you even more excited for it or is it just frustrating? We will be sure to keep a close eye on the official release of the 2020 Defender and see if all the mentioned leaks were true or just false rumours.