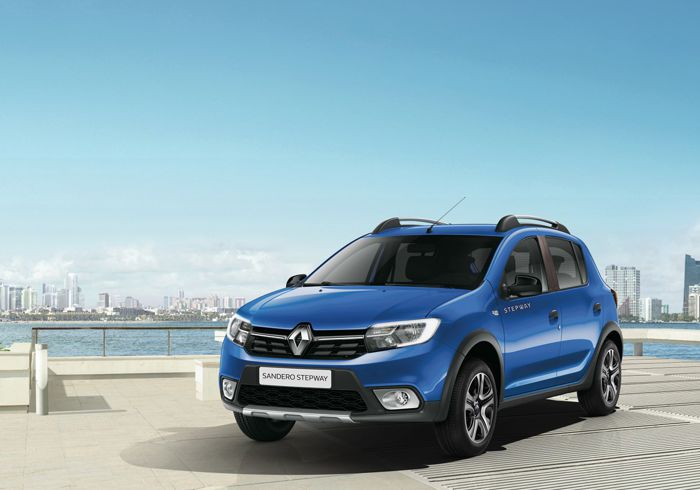 It’s been over a decade since the Renault Sandero made its first appearance in the South African motoring space. Renault’s main objective with the introduction of this hatch was to offer consumers a high-value proposition – and they have.

The layman generally measures a vehicles market success based on wheels on the ground, which is a simple assessment based on how common the vehicle or model is on the road. This isn’t the most accurate way of measuring anything, to be honest, and if you want to get a more precise picture of a vehicles traffic on the road you have to scrutinise the figures – because those never lie.

To date, the Sandero has sold over 64 100 units with nearly half of that amount attributed to the flagship Stepway variant. Now, as a way to commemorate the Sandero’s success within the brand, Renault has introduced a Sandero Stepway Techroad variant, which now takes rank as the model’s flagship.

On the exterior, the Renault’s design remains unchanged, it retains its crossover-like styling with a higher ride height, which has always added to the Stepway’s over-all appeal when compared to the standard Sandero. The C-shaped LED daytime running lights are still a part of Renaults core DNA and continue live on in the new Techroad.

When it comes additional features, the flagship variant of this French car has always offered a decent amount of equipment as standard including Hill Start Assist, a reverse camera, on-board navigation, as well as screen mirroring through Apple CarPlay and Android Auto. Cruise control and audio controls on the steering wheel have also been carried through to the Techroad.

Supplying power to the Renaults front wheels is a 900cc 3-cylinder turbo petrol engine, which from our experience has proven to be highly frugal in its consumption of fuel. Renault says the secret is in its F1 inspired DNA and a lightweight aluminium engine block. Whatever they’ve done, it works. The vehicle is equipped with an Eco mode to aid in achieving those low consumption figures and will produce 66 kW and 135 Nm from the small engine, through a 5-speed manual gearbox offering enough shove to buzz around the city without hassle. However, there is still that initial turbo lag at the lower end of the rev-counter. The claimed consumption figures indicate a sipping rate of 5.4 litres/100km on the Stepway with the more aerodynamically efficient Expression producing a marginally improved figure of 5.3 litres/100km.

Pricing begins at R209 900 for the Sandero Expression and will culminate at R243 900 for the range-topping Stepway Techroad.