Feast your eyes on the latest chapter of the widely-loved WRX STI story. The latest generation has been revealed. Like us, you may admit that you were tingling with anticipation at the thought of seeing the newcomer. On paper it seems unlikely to disappoint, nor disgrace the brilliant legacy of its predecessors. Let’s get the figures out the way. Power comes from a 2.5-litre, turbocharged Boxer engine (it wouldn’t be a real Subaru if it wasn’t) with an output of 305hp (224kW) and 393Nm of torque. It’s shifted through a traditional six-speed manual transmission. We hear you: that’s about the same as the current, outgoing version. But according to Subaru, the revised body structure and chassis will simply accentuate what is an already brilliant mill. Greater use of high-tensile steel features in the Scooby. The springs are stiffer than the ones on the standard WRX. They’ve equipped this new STI with what they call the “Multi-Mode Driver Controlled Centre Differential” version of their all-wheel drive system. Essentially, there’s a 41/59 torque split, a mechanical limited-slip differential and a trio of modes selected automatically by the car, depending on conditions. 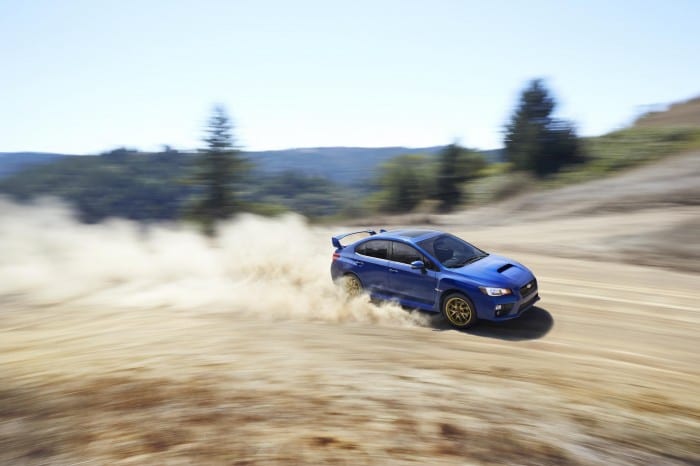 And then there are three modes the driver can pick from, courtesy of Subaru’s Intelligent Drive system. First up is Intelligent (for economy), Sport (no explanation needed) and Sport Sharp for when you want to go mad. We’ll let you decide on the exterior. It’s undoubtedly aggressive, but also a tad more mature than previous iterations. Faithfuls will relish the gold wheels and trademark rear wing. 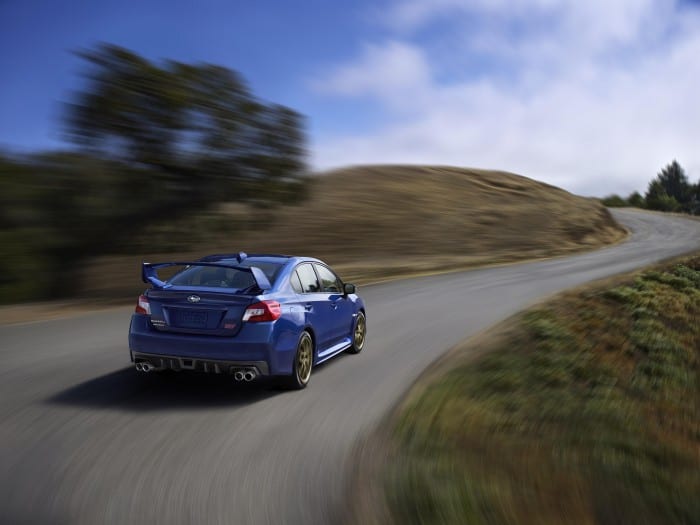 On the inside is where it really gets interesting though. Because Subaru has used the word “premium” to describe it. Anyone who’s experienced the outgoing WRX STI will concede to its lack of comforts. But this one has soft-touch materials, dual-zone climate control, heated front seats (optional) and a new colour-screen interface. Standard features have yet to be confirmed for our market. But North American buyers are being offered navigation, a Harmon Kardon audio system and a sunroof purportedly a full-inch larger than the one on the old model.

The new WRX is destined for local shores in the middle of this year. And it wouldn’t be unreasonable to expect the hardcore STI to follow quite closely afterwards. Stay tuned for more.