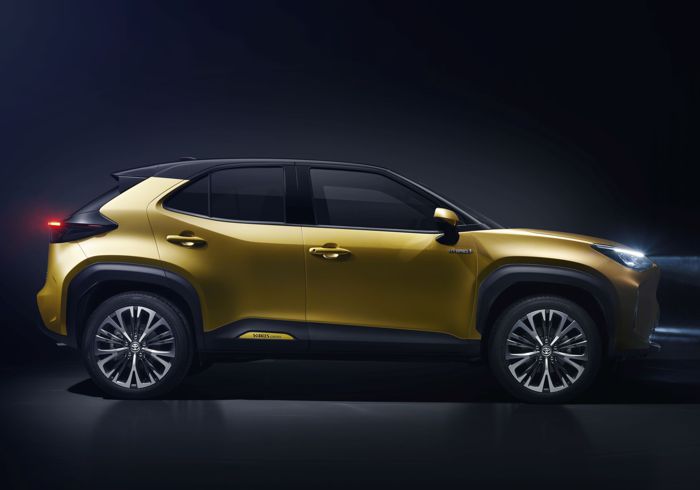 This sort of digital online launch could be the new norm for next year, or at least until new car launch constraints and automotive events are removed once the pandemic of coronavirus is free. The worldwide strategic Toyota Yaris Cross was unveiled last week on Toyota’s site and originally expected to debut at the Geneva Motor Show in early March.

Toyota has taken out its latest Yaris Cross virtual shell, and it looks more like a RAV4 baby than a Yaris on stilts as an ingredient to its success.

While Toyota shares a platform with the newly unveiled global Yaris, it did a lot to differentiate the Cross-Derivative styling with its own unique sheet metal and squared wheel arch like a more off-road SUV. Although the Yaris Cross is not intended to be an off-road racer, it is one of the only vehicles in its class offering an optional all-wheel drive.

The first official crossover photos, which sits on the TNGA platform and has the same wheelbase as the recently launched Yaris Compact, were unveiled by the Japanese car makers No. 1. Indeed, the Yaris Cross is the brother of the Yaris, which has a longer overhang, a 1-inch higher riding height and more space inside.

Toyota only mentions a hybrid version at the head of the engine and, according to the new Yaris, a 1.5-liter Atkinson tri-cylinder drive is usually pull in a system output of 85kW, with a drivetrain paired with an electrical motor.

The Yaris Cross brings the style to the next point, contrasting to the classic appearance of a sporty hatch with a large bulky windshield, wide headlights and wedge shape, to a look that is sure to appeal to the growing client base. After all, Toyota has two of the largest and best-selling SUVs on the planet in the CH-R and RAV-4, so the latest Cross comes from a decent stock. And Yaris is one of Toyota’s greatest success stories, with more than 8.7 million units sold since it first opened its doors in 1999.

The Yaris Cross offers high-end comfort, depending on the derivative, such as a powerful rear gate, while a full range of Toyota Safety Sense active safety systems are responsible for the safety aspect, which provide driver warnings and, if necessary, a braking and steering response.

According to Toyota SA, at this point the latest Yaris Cross is not on the cards for South Africa, as it is a model based in Europe and is a separate Yaris line-up from Asia in our industry sources.