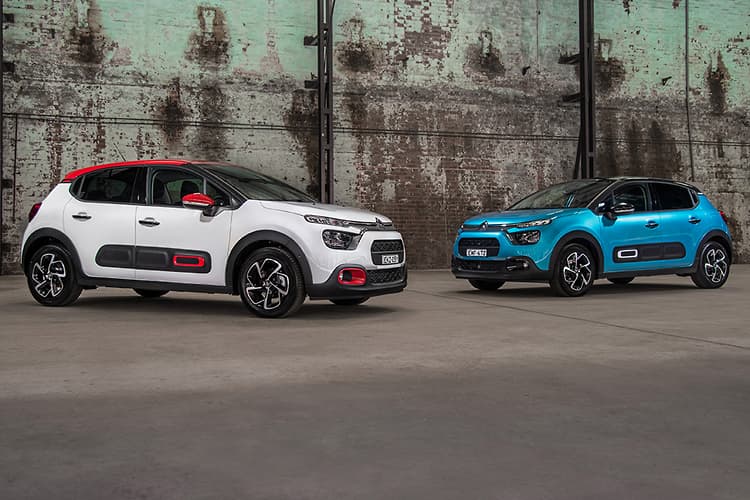 Citroën is back at it again in SA, this time under the Stellantis group. The group also happens to be responsible for other car brands such as Opel, Peugeot and the FCA brands which include Fiat, Alpha Romeo, Jeep and Maserati to name a few. It’s a lot of brands under one company but they have an adequate local team overseeing everything. A few products have been launched under this group recently, including the new Peugeot 3008, 2008 and the new Opel Corsa. This week was Citroën’s turn to take centre stage within the group, with the local launch of the new Citroën C3.

The trendy C3 was first launched in 2016 and now in its 3rd generation, the hatchback hasn’t lost its shine. It’s still very much the Citroën we’ve come to know, embodying expressive French design. With 6 vibrant exterior colours to choose from, the C3 comes across as bold and out there. Two-tone colour schemes seem to be the fashionable thing these days, and the C3 didn’t miss the memo. It is available with two-tone colour combinations and the brand’s signature Airbump technology on either side of the car, which serves two purposes. The first is to protect the doors from scratches and minor bumps, while the second is aesthetic, adding to the already out-of-the-box design of the C3. We believe that the latter is the real reason Citroën added it to their offering. New LED headlamps take their place in the slim light clusters upfront.

Interior layout and design is as you would expect it to be from a French brand, it matches the exterior in its creative flair. Peugeot says that this interior now has noise cancelling technology, to help reduce cabin noise and give the C3’s occupants an improved driving experience. They’ve also added some new features to this vehicle like Driver Attention Warning and Coffee Break Alert – their job is to ensure that the driver is always alert and fit to drive. ABS, EBA, EBD and ESP are some of the Citroën’s other safety features. It has also become smarter, now with speed limit recognition, which can pick up speed limit signs and displays them on the instrument cluster.

Two variants are currently available here, a C3 Feel and a C3 Shine. They both make use of a 1.2-litre petrol engine, even though it produces different output figures in the respective variants. The entry grade Feel has been tuned to produce 60 kW and 118 Nm through a 5-speed manual transmission, while the Shine variant makes 81 kW 205 Nm through an automatic gearbox

In a segment where conventional car designs are the norm, the Citroën C3 stands apart from the likes of Ford Fiesta and Opel Corsa. South Africans are still more likely to look at other options before considering a French car, maybe it’s time we put a marred past behind us and embrace the present.