News || New Toyota Land Cruiser is on its way! 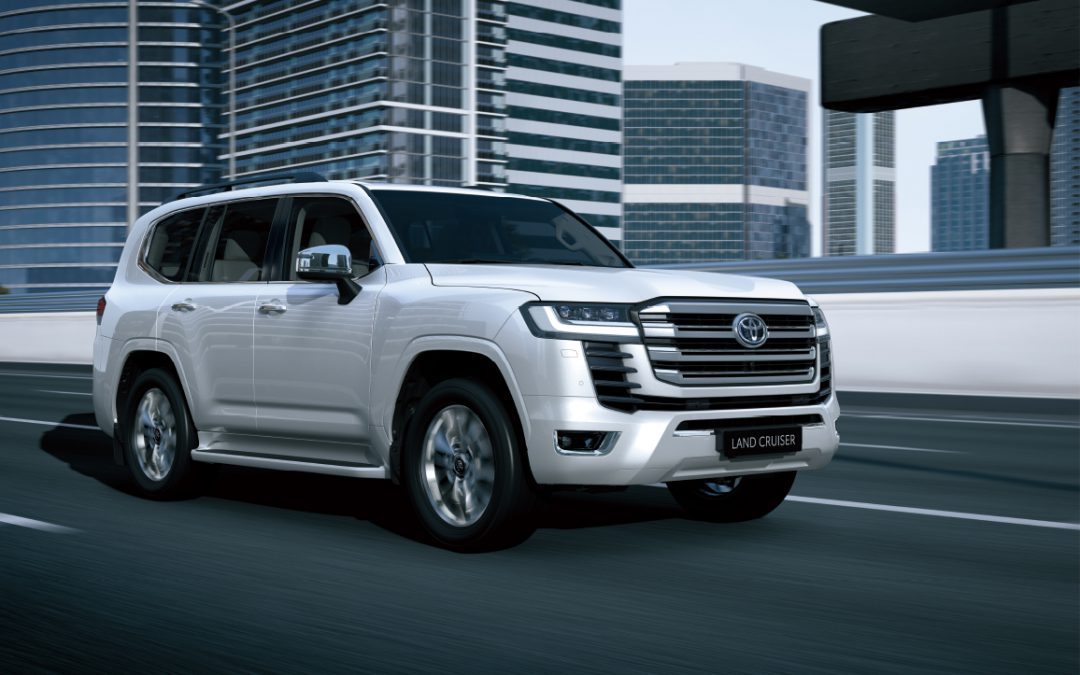 This past week Toyota pulled the covers off the next Land Cruiser 300 through a formal streamed across the globe through Youtube. In case you missed it, here’s a rundown of what you can expect in the next coming of Toyota’s largest SUV.

Toyota’s designers have put in the hours to produce a modern design that hasn’t strayed too far from the original blueprint. The truth is, you may not be a fan of the Land Cruiser’s design, and neither am I, but it does have a market and its audience love it, that’s why Toyota continues to produce it. When zooming in on the details you’ll see new LED daytime running lights flanking the new grille, which has what Toyota refers to as U-shaped radiator openings. From the looks of it, the Land Cruiser’s taillights will also be LED.

This is the part that Land Cruiser fanboys are most interested in “what’s under the bonnet?”. Well, Toyota will be giving customers of the upcoming LC300 the option of two engine derivatives, petrol, and diesel. Both will be armed with six cylinders, and the former is set to be a 3.5-litre twin-turbocharged unit capable of producing 305 kW and 650 Nm. This is the same engine currently used in the Lexus LS500 and is said to be ‘velvety smooth and strong’. On the other hand, the diesel drivetrain will lose two cylinders, from a V8 to a V6, but not to worry because the axing of the two pots won’t cost the Land Cruiser its output. Instead, the oil burner is set to gain an additional 32 kW and 50 Nm of torque, totalling 227 kW and 700 Nm. To run power to the wheels, Toyota has opted to use a 10-speed automatic gearbox on both engines.

Underneath the Land Cruiser’s body resides a Toyota Global Architecture (TNGA) platform which will be making its debut. According to Toyota, it will have more torsional rigidity and make the SUV lighter than the version it will replace.

Word is that the upcoming Toyota Land Cruiser will be available in three variants; a GX-R that’s all about utility, next is the ZX for city dwellers who rarely venture out into the sticks. Finally, one for serious off-roaders – the GR Sport. The Land Cruiser isn’t available yet available in Mzansi, but it will be soon. Pricing and further details haven’t been released yet, however, Toyota is aiming for a local introduction in August 2021 which is only a few sleeps away.