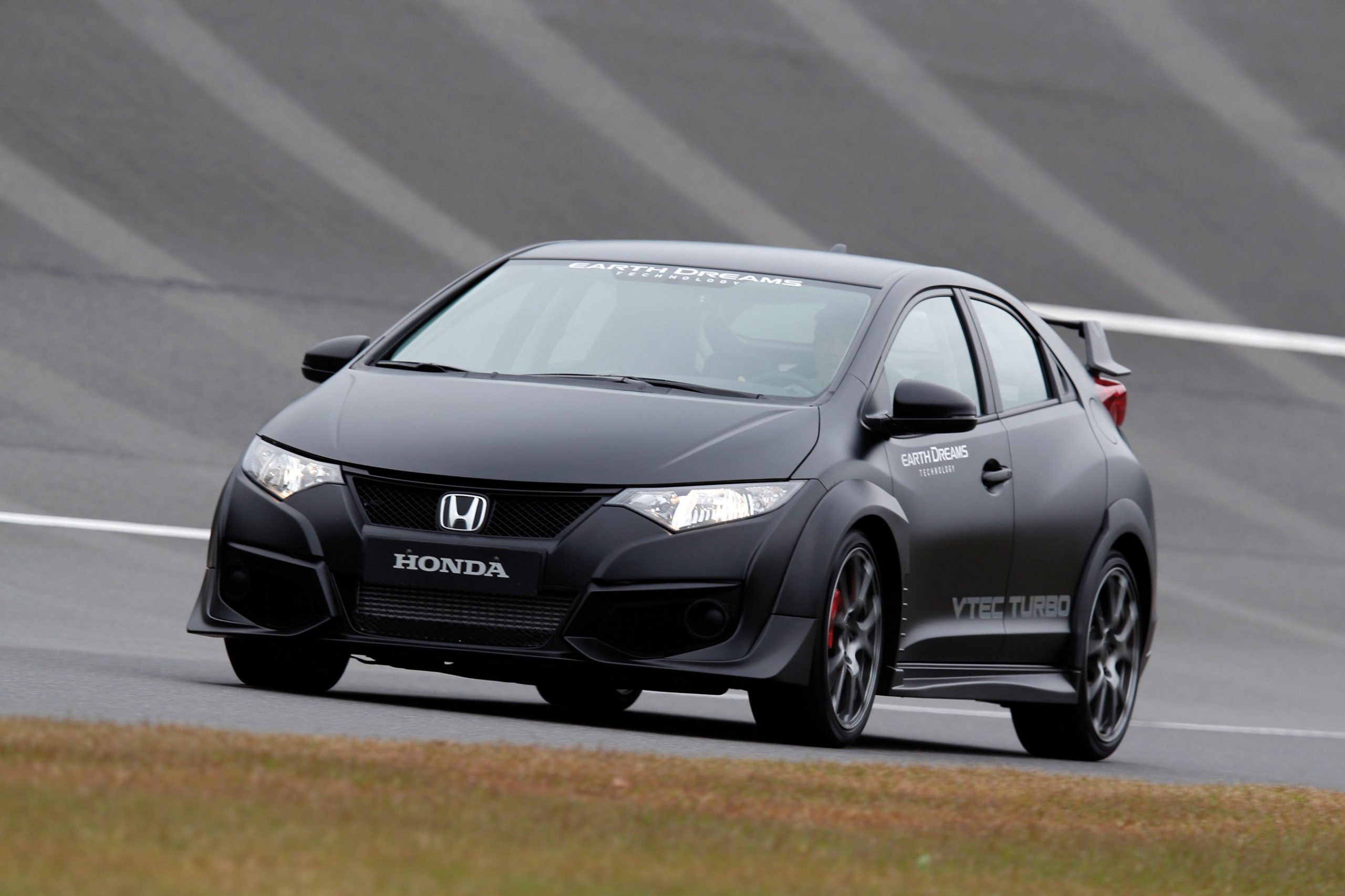 Honda prepares to rejoin the fierce hot hatchback fray with their latest Civic Type R. Ahead of its Tokyo Motor Show appearance, the automaker has released images of the Type R undergoing testing. 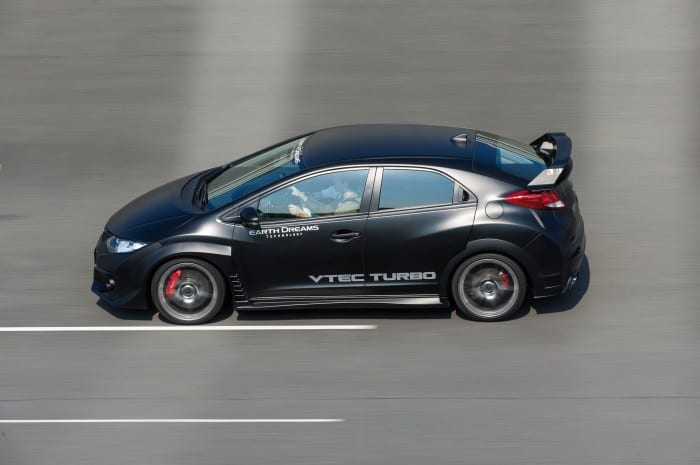 But wait. Before you get excited; it should be noted that Honda confirms the car will only be launched in 2015. Much can happen in a year and we wonder if it might be a case of too little, too late.

Fans can look forward to an all-new engine – which adopts turbocharging – breaking the normally-aspirated trend of its successors. Expected output from its four-cylinder source is “in excess” of 206kW and Honda says it complies with the EU6 emissions standards. 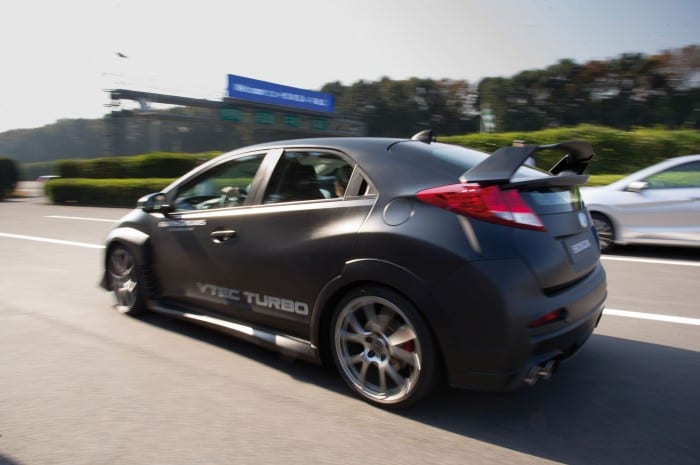 Brazenly, Honda has shown the car with little disguise. But then renditions and speculative images have been circulating around the World Wide Web for a while. It still looks angular and rocket-like. The bulging front arches look Subaru WRX-esque and you’ll also see that this Type R has four doors, while the previous one made-do with two.

Honda World Touring Car Championship driver, Gabriele Tarquini made a statement following his drive of the new Type R. After thrashing it around the Nurburgring, he only had positives to say, naturally. “I was really impressed by the power and torque of the engine, but also the set-up,” he explained. Tarquini also said that the front is “pointed” and “fast to change direction”, before concluding that it feels very close to his racing car. 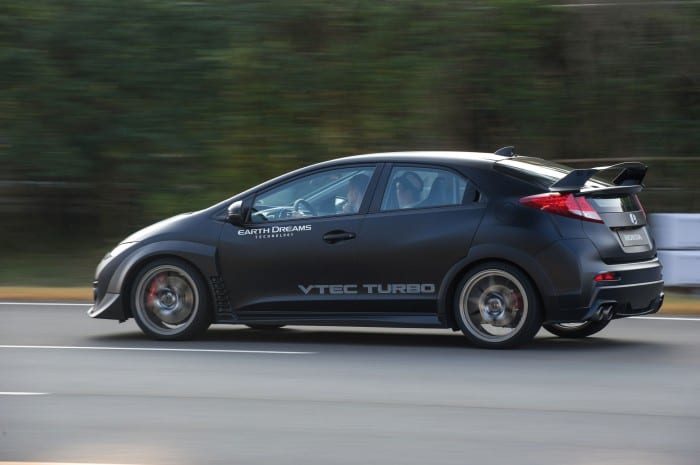 There are high expectations for this exciting Honda. We’ll have to wait until 2015 before we see if it has the mettle to ruffle feathers of the Volkswagen Golf GTI, Ford Focus ST and Opel Astra OPC.