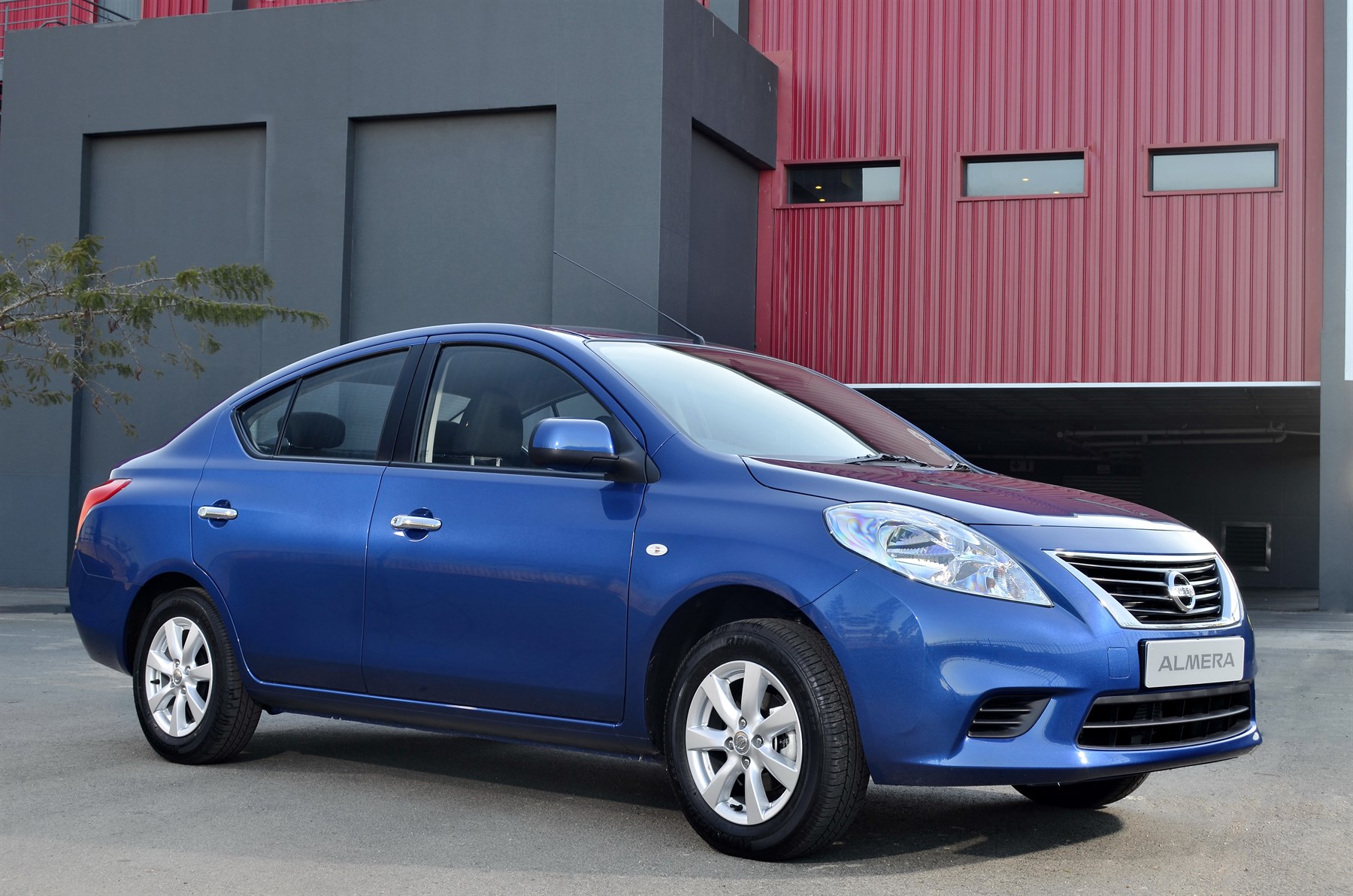 The Almera moniker made a return last year. Unlike its predecessor which was taken as a serious competitor to the likes of the Toyota Corolla, the newcomer has been repositioned as a budget-focussed compact sedan.

It’s perplexing that a company responsible for the revered GT-R supercar – and quirky albeit charismatic Juke – could create something as indifferent as this. But few cars can inspire as much as the Nissan Almera. A stint behind the wheel makes one want to reach further, aim higher and avoid the fate of having to settle for something so dreary. Of course, we wouldn’t be your preferred online car-buying resource if we didn’t provide balanced and objective assessments. Those putting roominess at the top of the criteria list will be pleased. The cabin is airy and front passengers will not knock elbows. Same goes for the rear; which also has its own ventilation slots and temperature dial.

There is only one model grade – the Acenta – and the bare necessities are included. Air-conditioning, electric windows all-round, dual airbags, anti-lock brakes, an audio system and satellite steering wheel controls are part of the mix. While hard plastics feature, surface finishes are generally inoffensive. Some bits lifted from other Nissan models do look out of place though. 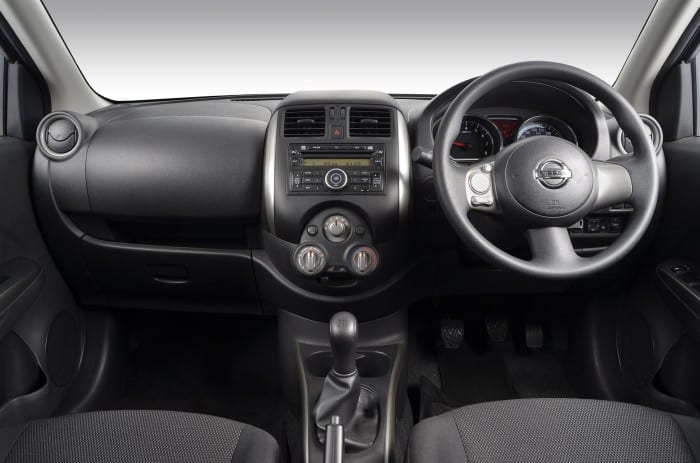 Subpar road manners instill little confidence. The suspension is bouncy; which is fine for pothole-ridden sections of town. But the Almera leans in and out of corners like an overweight thug. Which makes you weary when faced with the need to take evasive action and make swift manoeuvres.

The power-assisted steering barely relays a feel of connection. And the slack is incredible. You could measure play in metres. But that’s not the worst hyperbole we could come up with. On the freeway it seems more nervous than Piglet from Winnie The Pooh.

Power comes from a 1.5-litre normally-aspirated engine which does a surprisingly fizzy job. Although it’s noisy and sounds laboured when you really extract the most out of it. And the sound intrusion makes it a truly tiresome long-distance companion. Overall the Almera feels terribly dated. 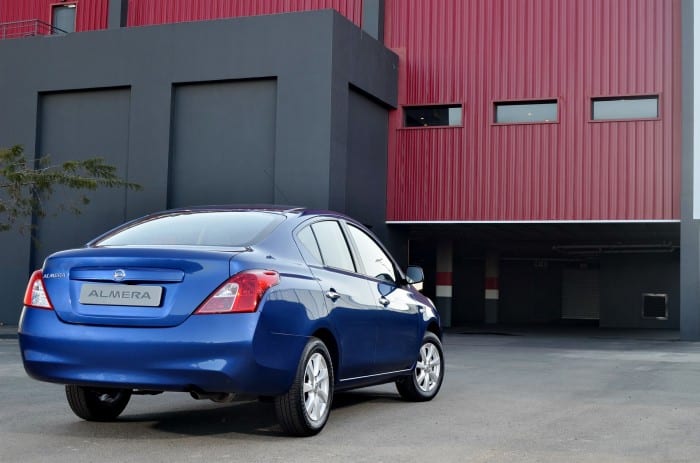 You can have the starter Kia Rio Sedan for R6905 less, which boasts more style, equal specification and feels a lot more accomplished on the road. For R13 700 more you could opt for the Honda Ballade. The Chevrolet Sonic Sedan and Volkswagen Polo Vivo Sedan start around the same price.

It seems brazen of Nissan to serve such an indifferent car to the market, especially when there is no dearth of better entry-level alternatives. Even though it trades on a nameplate that once adorned a respectable product, we doubt buyers will see much substance after their test drive.