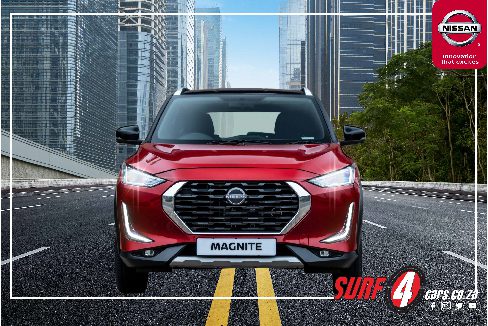 Nissan’s new design language certainly looks the part, and if you haven’t seen it yet, just take a look at the Nissan Magnite. It’s the latest entrant into their stable and carries all the new design elements such as the new logo, grille, and headlamps.

As many of you may already know, Nissan and Renault are under an alliance and models like the Nissan Magnite and Renault Kiger are a result of this budding relationship between the two brands. The two are essentially the same vehicle, just with different badges. Which of the two is the better pick is purely subjective and would largely depend on your taste in aesthetics. However, having driven the two vehicles we know which one we would go for, but we’ll touch on that later in this article. For now, let’s talk about what we liked and didn’t like in the Nissan Magnite.

It may be a compact crossover, but on the road, the Nissan Magnite feels like a big car. It’s the way it handles and carries itself which makes all the difference. A sure-footed stance and weighted steering wheel all aid in the Magnite feeling planted on the road. Even on highways at higher speeds, it still feels comfortable. Kudos to its engineers.

As we’ve already mentioned, Nissan did a good job on the design front. The Magnite is a striking and eye-catching car, especially in a two-tone colour combination with a black roof. Nissan’s new design blueprint is also very noticeable here, and the vehicle just has an overall premium look that cannot be overlooked.

Although not the most popular gearbox because of how it behaves in most cars, sometimes manufacturers manage to get the engine and CVT gearbox combination just right. Nissan has achieved that here, and the Magnite’s CVT gearbox paired to its 1.2-litre engine work so well that if you weren’t paying attention, you wouldn’t even know that there was a CVT onboard.

In most cars, the seatbelt warning tone beeps and gradually increases in volume the longer you take to fasten your seatbelt. Things are slightly different and annoying in the Nissan Magnite. Its seatbelt warning tone cuts off any audio coming through the speakers, forcing you to buckle up if you want to continue listening to the radio. What’s even more annoying is that it could be your passenger seatbelt that needs fastening, and the radio won’t come on until they decide to buckle up.

Once you’ve reached your destination, your instinct is to cut the engine, remove the key and exit the vehicle. Not so fast. The Magnite requires you to manually unlock your doors first before you can make your exit. You can do this either by pressing the unlock button or pulling the lock/unlock mechanism on each door. This can catch you off guard no matter how many times you’ve had to do it, and frankly, it’s annoying. The plus side to the lock/unlock system is that the vehicle locks its doors as soon as the wheels begin to move, it doesn’t wait until you reach a certain speed. Considering the country in which we live, this is a highly underrated safety feature. Ultimately, the Nissan Magnite is a pleasant car to drive and it just so happens to be good looking too. What boggles the mind is how different the driving experience is to the Renault Kiger when the two share everything but a shell. The biggest difference is in the responsiveness of that 1.2l engine, wherewith the Kiger you’ll experience very noticeable turbo lag, while in the Magnite it doesn’t exist. For this reason alone, we would opt for the Nissan.