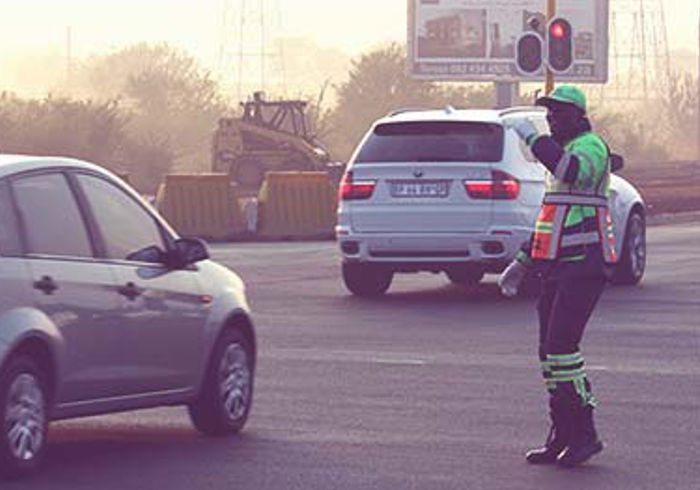 We have grown to love our pointsmen out on the roads almost every morning. Unfortunately for most Joburg citizens, we come across a traffic light or two that, for some reason, is not functional when driving to work in the mornings. The pointsmen are always first on the scene to try and control the traffic and make sure that everyone’s drive runs smoothly and trying to create as little traffic and delays as possible.

Now you can imagine the panic and disappointment just recently when we heard over the news that the pointsmen would be taken off the roads. The company in charge of the Outsurance pointsmen, Traffic Freeflow, says it has discontinued the services because there is no contract in place. Traffic Freeflow says it has operated under several extensions while an adjudication process for the tender has not been completed.

Besides the OUTsurance pointsmen, the Johannesburg Metropolitan Police Department (JMPD) deployed on average 300 officers daily to manage traffic covering 55 identified spots and 89 school points. There were also 150 extra traffic wardens daily to deal with the Johannesburg inner city traffic which has escalated while a portion of the M2 highway is closed due to maintenance.

The city said the JMPD would be increasing its efforts to ease traffic flow while the contract extension was being finalized.

OUTsurance could not operate without a contract extension as that would be contravention of the law. Traffic Freeflow operated traffic flow at both Johannesburg and Tshwane and had been providing a free service, although the cost had been borne by OUTsurance.

The City of Johannesburg said it had been engaging with the service provider of the OUTsurance pointsmen project, Traffic Freeflow (TFF), to extend its contract on a month-to-month basis for a period not exceeding six months. This came after TFF pulled its pointsmen from the streets stating it was yet to receive communication from the City and could not operate without an extension or a tender being awarded to it. The tender process for the awarding of the contract had not been completed by the City, resulting in TFF pulling its services because of uncertainty. 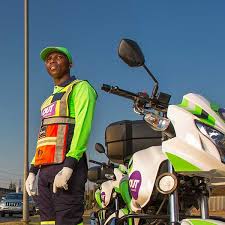 City manager Ndivhoniswani Lukhwareni confirmed this week it was engaging the service provider of the OUTsurance pointsmen with the intention of extending the contract on a month-to-month basis for a period not exceeding six months.

There can be no doubt that these traffic pointsmen have become a major part of traffic management in the city and are loved by many residents. This is a tradition we wish to see continued.