Petrol vs diesel, which one should you choose? 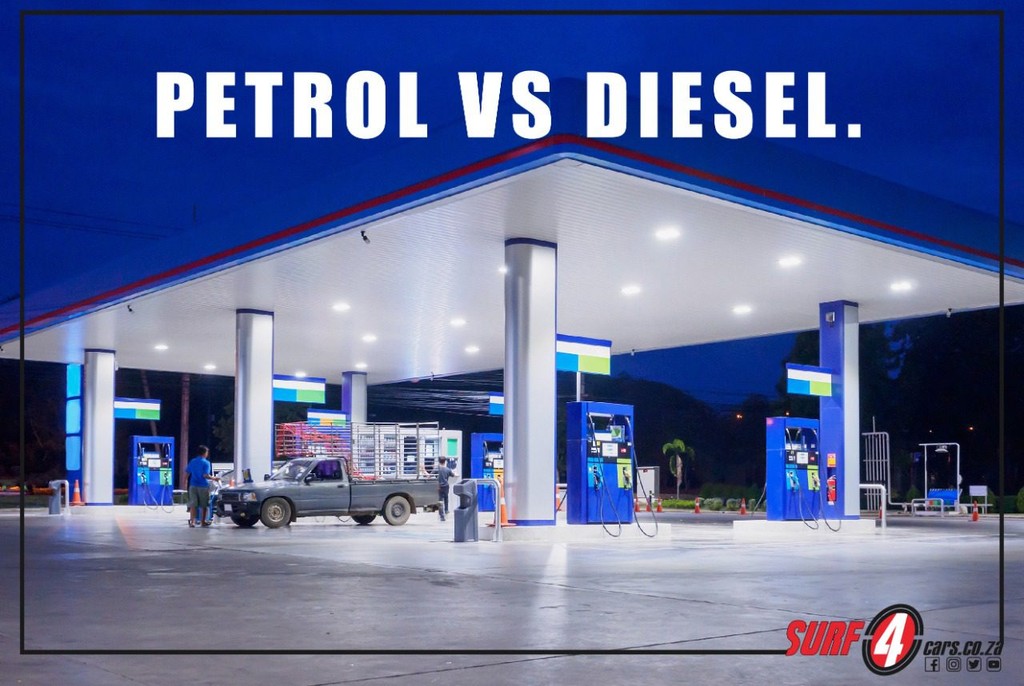 The petrol vs diesel debate has been a contentious topic for decades, and will likely continue until hybrid and electric vehicles dominate the motoring space. However, as things stand, consumers are divided and are either pro petrol or pro diesel. If you’re having a difficult time deciding which one your next vehicle should sip on, stay with us as we explain the differences between the two fuel grades so that you may make a better-informed decision.

You may or may not know this, but RPM stands for revs per minute. This is how many revolutions your engine makes per minute. One of the differences between petrol and diesel engines is that one is high revving and the other isn’t. Petrol engines are high revving, unlike their diesel counterparts that make fewer revolutions, have a longer stroke and produce more torque.

If you’re looking for pulling power or just enjoy a car that pulls strong, then you’ll probably appreciate a diesel vehicle. Diesel cars normally have a lot of torque, much more than a petrol equivalent, and this is one of the reasons why diesel fanatics are staunchly seated on this side of the fence. This increase in torque is nice for everyday driving, especially on the open road, as well as for towing.

Traditionally, diesel engines have been known for having very pronounced turbo lag compared to petrol variants. But with technology constantly advancing, this is no longer a factor to consider when weighing up the two options. Since both types of engines now come with turbochargers as standard, and with manufacturers eliminating a bulk of the lag, there isn’t much of a difference in turbo lag between petrol and diesel engines.

This is a big one, and one of the main reasons consumers will pick one over the other. When it comes to fuel economy, diesel engines are far more superior to petrol variants. You’ll make some noticeable monthly savings with a diesel car over one that runs on petrol. Since diesel burns at a slower rate than petrol, diesel cars consume less fuel and offer a better range. It isn’t uncommon for an average diesel car to have a fuel range of 1000+ kilometers per tank of diesel.

When comparing apples with apples, petrol cars always cost less to purchase than diesel variants. With petrol variants, you’ll save cash upfront but foot the bill later on when having to run the vehicle daily. Whereas things are the other way around with a diesel vehicle. Diesel cars are more expensive because they have more components that go into them, mainly for emissions control.

Since the two types of engines use different components, the service costs for both will be different. Servicing a petrol car requires replacing spark plugs among other things, whereas diesel engines don’t have spark plugs and only require an oil and filter change as part of a regular service. Therefore, it will cost more to service a petrol vehicle over the same model running on diesel. Ultimately, the decision to purchase a diesel or petrol variant lies with you. There are pro’s and con’s to both as is the case with everything else in life. Choose wisely.