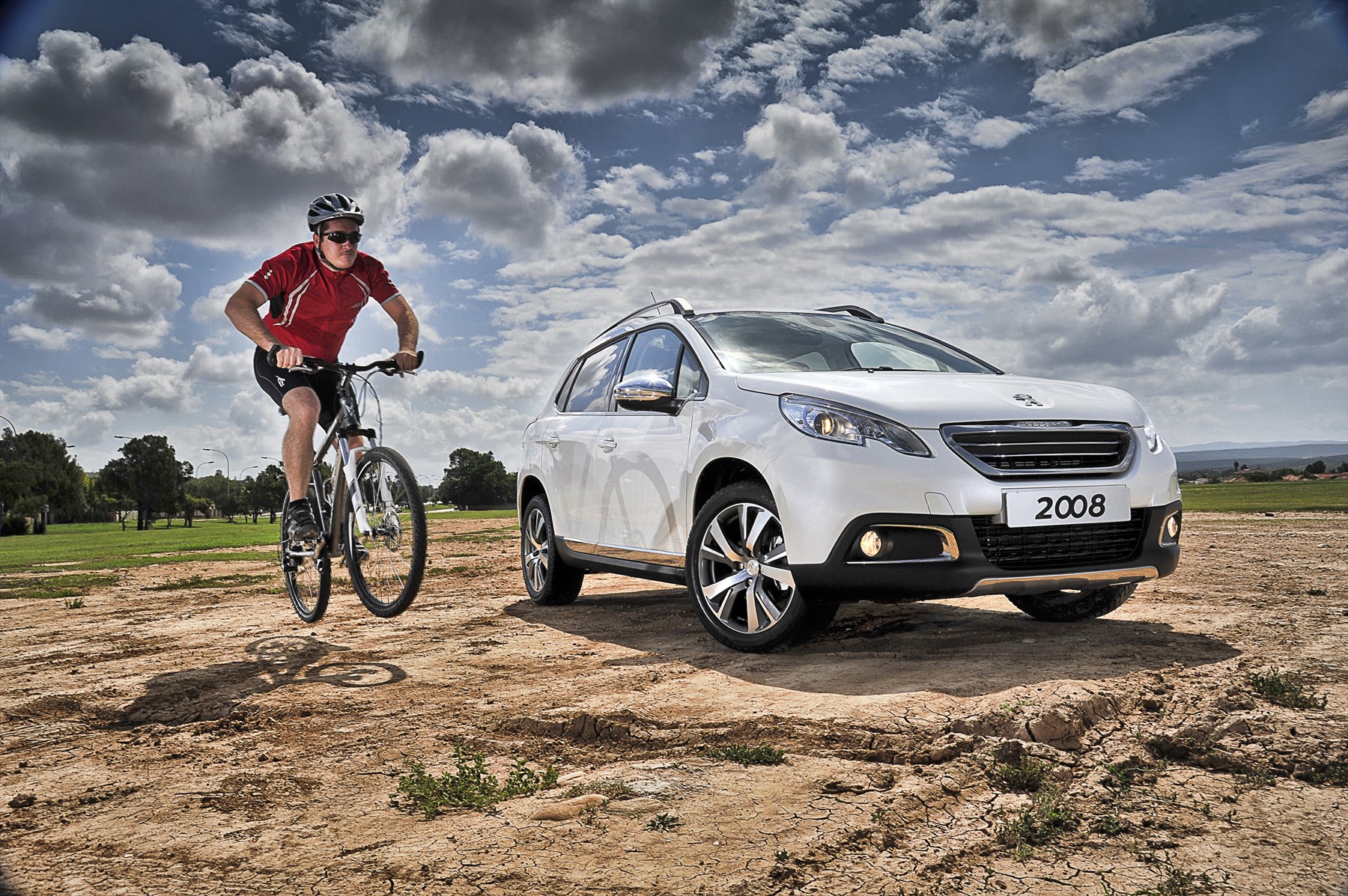 The Peugeot 2008 is significantly bigger than its hatchback sibling; the Peugeot 208. Though it has gained some weight, it keeps the same “cool” characteristics of the 208. It’s also tougher, more spacious on the inside and further off the ground. It’s a crossover that feels sturdy enough to take on some mildly rough terrain – no mountainous exploring though – Peugeot is pretty clear on the fact that this car’s habitat is the urban jungle. The 2008 is a decent looking car, from the outside to the inside. The body has some pretty curves and design effects that enhance the car’s aerodynamics. It has automatic LED daytime running lights that give the car a classy face, while the edgy features extend from the front to the rear, giving the car a sportier, more rugged look. 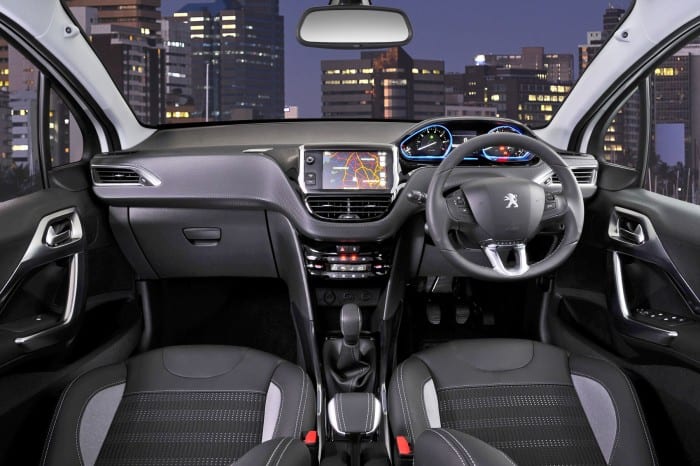 Inside it’s quite a different experience if you’ve never driven a Peugeot before, and it takes some getting used to. The steering wheel is really small which gives the illusion that the cabin is squashed together – but everything actually fits quite comfortably.

Drivers look over the wheel at the instrument panel which has a blue outline, giving the cabin a modern effect. It has a few technological surprises too including an easy-to-use colour touch screen which has Bluetooth, USB capabilities, radio and navigation. The best part of all of these features is that they come standard! Feline cues abound too. Like the decorative “scratches” on the roof of the car which are illuminated when the lights turn on, giving the car a gentle ambience while driving at night. The handbrake looks a bit like a lion’s paw. 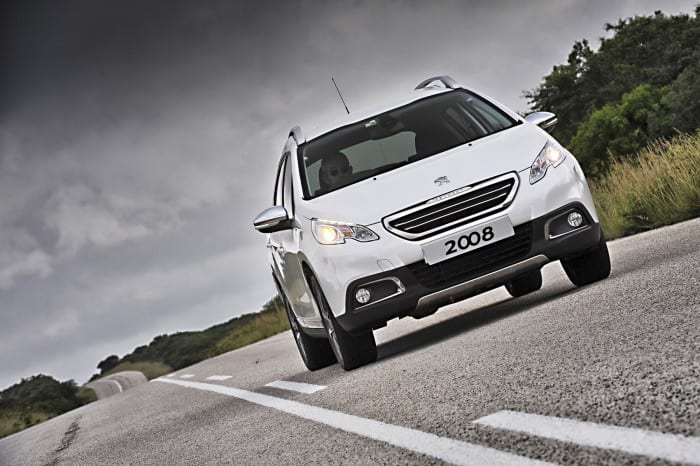 The Peugeot 2008 doesn’t feel much bigger than the 208. It is still able to fit into the smaller gaps in the city. It’s a comfortable drive – though it’s not for speed freaks. It is a little sluggish at times and it needs to be sternly encouraged when a burst of energy is necessary; and even then it is more like a gentle skip rather than a burst.

But of course, it’s geared towards family-friendliness: and no responsible parent would race while the children are in the back anyway. The gearbox feels extremely soft and sometimes you want to do a double take to check that you’re in the correct gear or even in gear at all. It only needs a gentle tap to be shifted. The 2008 braves the bumps decently, but as we have said, don’t go too far off the tarmac. It’s not built for more than a roughish gravel road. We would really like to see a diesel engine as a choice, though, the extra torque would be handy especially on long journeys with a fully-loaded boot.

The price is really keen considering all of its features. It will set buyers back by R269 900 and it’s sold with Peugeot’s Premium Plan three-year/100 000km warranty and a five-year/60 000km service plan. It competes against the Suzuki SX4 and the Nissan Juke – but the 2008 offers the best value for money in our opinion.

Gripes: Engine a little lazy, visibility could be better.