If you’re unable to find the right car in 2013 you’re probably too picky. There are so many niches, it’s impossible to claim you’re not catered for. We’ve even got sub-categories nobody thought were necessary.

Look at BMW with their Sport Activity Coupe label, used to describe curious cars like the X6 and Mini Paceman. This serious teutonic automaker ditched the rulebook by recently launching a hatchback iteration of the iconic 3-Series, wearing a more glamourous Gran Turismo moniker. 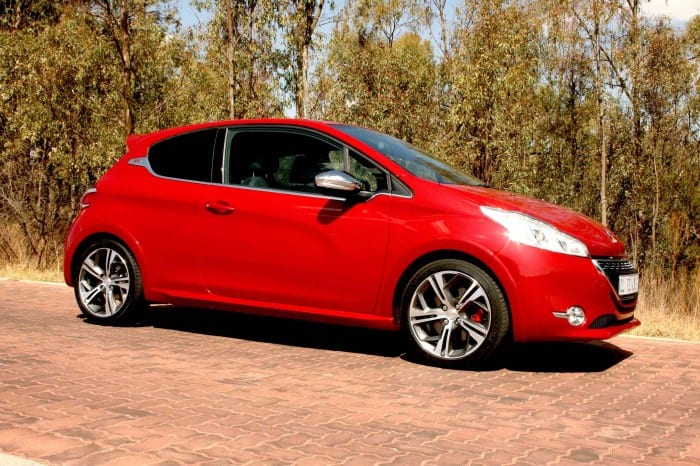 If you’re on a budget and have a hunger for performance, there’s no dearth of tasty offerings. Ford has the lauded Fiesta ST, Volkswagen continues with the popular Polo GTI and if you’re a fan of arm-wrestling, take the torque-steering Opel Corsa OPC.

Peugeot has joined the fray with the 208 GTi (a small i differentiates it from its German counterpart). The lion-badged French pocket rocket hopes to claw its share of the market. So why should you consider one over its competitors? 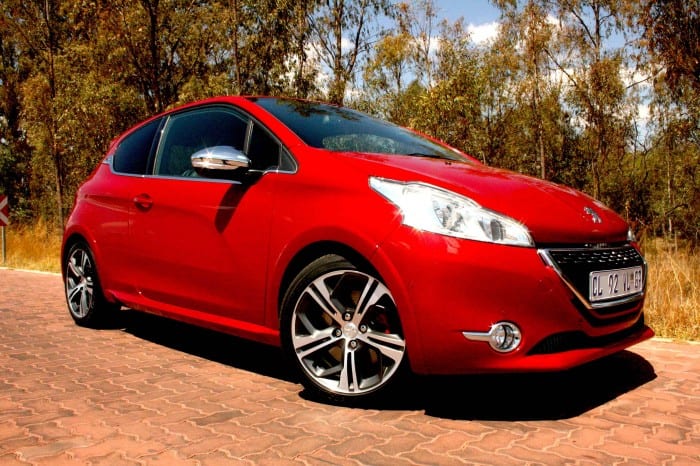 Gadget-loving buyers wanting plenty toys won’t be disappointed. And the best part is that Peugeot doesn’t charge extra for the niceties.

You might not get a CD-player – but you’re unlikely to care much because Compact Discs are destined to be obsolete anyway. Everyone uses USB devices and Bluetooth media functionality these days, both of which the GTi accommodates.

It’s also got a user-friendly touch screen interface, kitted with a navigation system. And there are many details to get excited about. Unlike rivals like the Fiesta ST, the interior of the Peugeot has a lounge that reflects the racy exterior.

The trim inlays on the door panels and fascia are glossy, with a kitsch paint scheme that blends black and red. Its seats are more accommodating of those with wider rear-ends and are finished in a leather and fabric combination. Even the safety-belts are treated to red striping.

Overall the interior of the GTi feels a lot more substantial, it certainly trumps competitors in the area of making you feel like you’re behind the wheel of something truly special. Not merely a quicker version of a humdrum B-segment car. 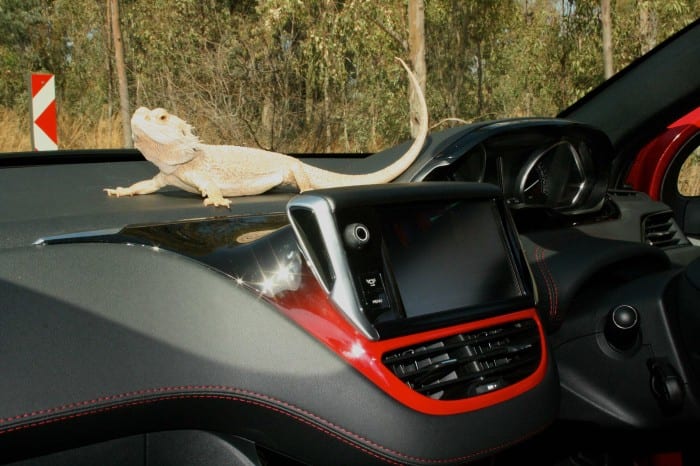 The swift Peugeot is cheerful enough to pervade the hardest heart. After a tiresome office-bound day it comes to your aid armed with its happy persona.

A compact steering wheel makes makes you feel like you’re 12 again, driving go-karts for the first time. The tiny conduit is more like a Playstation controller; enabling you to chuck the Pug around with ease.

Where is disappoints is in the area of feel. Sure, it’s agile and happy-go-lucky just like a Jack Russell.  But be sure to drive it back-to-back with the Fiesta ST when you’re shopping and you’ll notice the lack of focus. The steering is less sharper than it is in the Ford, pedal modulation could be more accurate and that gearbox is frustratingly sloppy for a hot hatchback.

But in a straight line it’s excitingly quick: there’s 147kW underneath your right foot. It’s crazy to think that in 2005, that’s the same amount of grunt the Volkswagen Golf 5 GTI was churning out.

Another redemptive feature is the Peugeot’s ability to cope with bad road surfaces. The suspension is supple and those seats do a good job of soothing. We do wish it sounded as aggressive as it looks. 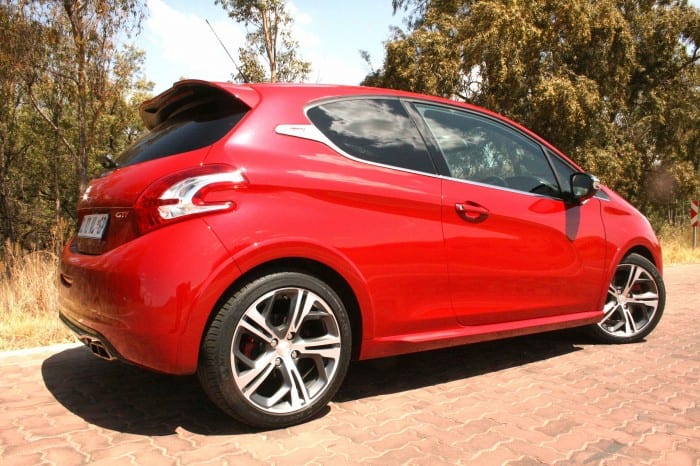 Priced at R259 900; there’s no doubt the GTi is competitive especially when you consider that it offers the highest level of specification in its class.

As a swift daily city-slicker, it fares well. And it should be considered if you can live without the engagement and immersive experience offered by rivals like the Ford Fiesta ST or Opel Corsa OPC.

But then it should be remembered that few buy a compact hot hatchback with comfort at the front of their minds. And aren’t those virtues of immersion and engagement responsible for making this genre so special in the first place?