Picking up Where We Left Off | AutoCity Mahindra Heidelberg: Mahindra Pik-up 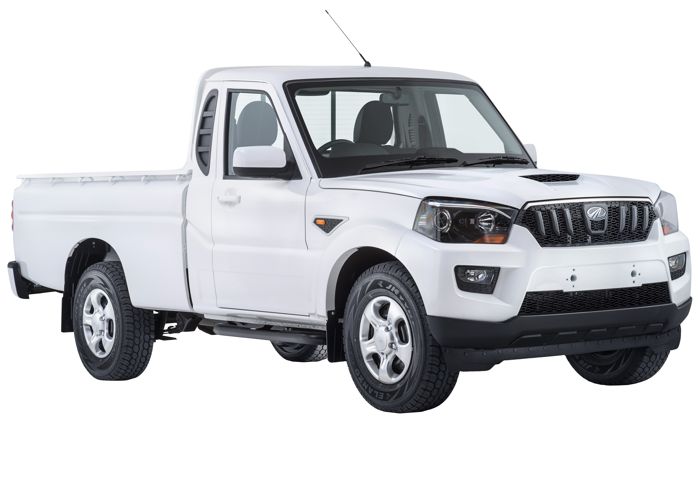 May was a month of celebration for the AutoCity Group who marked eighteen years of service during this time. AutoCity’s General Manager, Johan van Heerden remains proud of the team at AutoCity who continue to use their passion and drive to serve the local community through quality products and services, since the launch of the dealership many years ago. Giving credit to a team who understands the importance of the act of buying a car, this dealership is known for going the extra mile for the customers.

Douw Bezuidenhout is the Dealer Principal of AutoCity Mahindra Heidelberg. Bringing more than ten years’ worth of experience to the table, Douw is also known for his love for the brand, and the kindness and humility that he imbues his staff with. Having been awarded a variety of accolades during 2017 (most notably the coveted Dealer of the Year award for the second year in a row), this dealership has also recently been awarded the Gold Sales Award and Silver Aftersales Award in the Small Dealer’s category. AutoCity Mahindra Heidelberg also noted record months in terms of sales, Douw is positive about the continued growth of the brand. 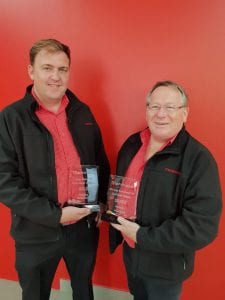 Similarly, Piérre Nel, who is the Sales Manager for AutoCity Mahindra Heidelberg, is proud of the fact that he can state that he has been with this specific dealership right from the start. This dealership was launched in 2012 and Piérre was one of the lucky few who were there at its inception. As a result, Piérre feels a deep connection to the brand and the dealership in its entirety. His loyalty and devotion are evident in my dealings with him.

The Sales Representative for this dealership is Chané Engelbrecht, who has spent the last six years right here at Mahindra Heidelberg, building up herself and the brand. Her career in motoring started with Mahindra Heidelberg, where her determined nature and competitive approach was identified and honed. As a natural saleswoman with an inherent affinity for working with people, Chané appreciated the value-for-money core of the Mahindra brand, and is really knowledgeable on both the brand and vehicles she promotes.

Looking at the Pik-Up – Mahindra’s answer to the need for a bakkie in the South African market – comes in two derivatives. Available as a single or double cab, the Pik-Up’s design is simple: uncompromising strength and practicality that promises to deliver at all times. The single cab has a 1000-kilogram maximum payload and 2500-kilogram braked towing capacity, which makes it the ideal workhorse. Available in 4×2 and 4×4 variants, the Pik-Up can also be ordered specifically for game-viewing and customised as such. 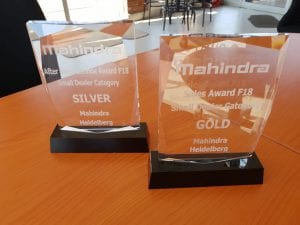 Without mincing words, it’s safe to say that the Pik-Up is not your average looking bakkie. With a totally different appearance to any other bakkie on the road, the Mahindra Pik-Up most certainly stands out and is recognisable from a distance. Although not sleek and modern by most standards, the Pik-Up conveys one message very well with its sturdy, angular appearance: hard work is effortless for this vehicle.

The interior of the Pik-Up is surprisingly generous. High-end finishes and innovative features are present, including a touchscreen infotainment system with GPS navigation, Bluetooth capabilities, CD/DVD and USB/Aux support. Vehicle information is also fed to you in real time, and the cabin is kept comfortable through automatic temperature controls. The steering wheel is multifunction too, and you can flip through your music selection or hit cruise control with a flip of your finger. A feature I am quite impressed by on the Pik-Up is the micro-hybrid technology that allows the engine to intelligently switch over into standby mode when not in full use, thus saving fuel. Intelligent rain-sensing wipers and light-sensing headlamps turn on in poor visibility too.

With its powerful 2.2 litre, 4-cylinder mHawk turbo-diesel engine, paired with a six-speed manual transmission, the Pik-Up delivers a fantastic 103 kW of power and 320 Nm of torque. With powerful acceleration and the gusto needed to power through heavy cargo and rough terrain, the Pik-Up is designed to do all of this and remain fuel efficient. With new cushion suspension and anti-roll technology, the Pik-Up remains stable and maintains great traction, while ABS and EBD provides additional safety. Dual front airbags and side-impact bars are also standard and a nod to Mahindra’s commitment to passenger safety.

Speaking of safety and security, Mahindra has also considered the need to secure your vehicle from theft and as a result provides an engine immobiliser that works through encrypted key recognition systems, and an anti-theft warning system that is triggered by illegal or unwanted entry into the vehicle.

This preview for the Mahindra Pik-Up has been quite exciting as many of the features available as standard on this vehicle caught me somewhat off-guard. Clearly a much more well-specced vehicle than I had originally anticipated, the Pik-Up is worthy of further exploration, and is also really well priced to boot. Ideal for the business or construction environment, the Pik-Up will make a welcome addition to your fleet.

Back at Mahindra Heidelberg, I feel a buzz of excitement when talking about the remainder of the 2018 year. An eagerly anticipated upgrade to the popular little KUV is being released later this year with an all-new interior.

With excellent support from Mahindra South Africa, AutoCity Mahindra Heidelberg promotes a comprehensive spectrum of products and services, as well as a family-oriented team who display round-the-clock care and empowerment of their teammates.