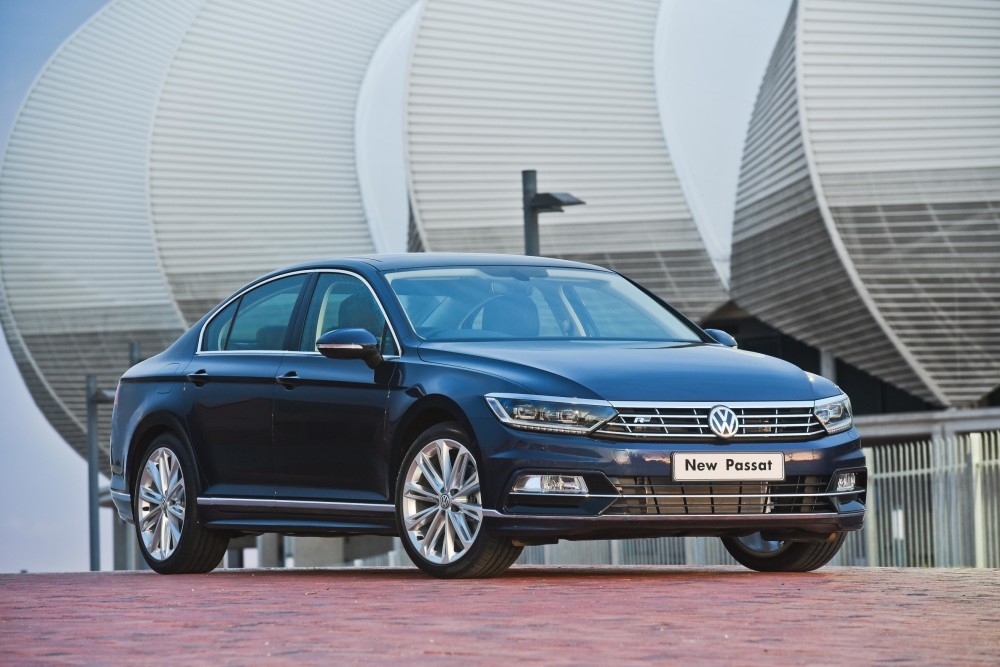 Forget everything you thought you knew about the Passat, whatever adage that reminded you of an old man smoking a pipe, its former lack of styling, performance and unreliability. Because the new Passat, is exactly that, new! The same nomenclature but a completely different character.

The new Passat features a power looking frontal-end; a finesse of chrome spices up the distinctive four bar slatted grill, which integrates seamlessly with the swept-back headlights creating a serious/prominent but sophisticated look. Following the profile of the cab-backwards design, the rear-end is highlighted by a flared shoulder section and dominant boot-line: This is not an illusion of space, there is enough boot capacity to hide a VW Up! (Think of the new Passat as a German university Physics Professor who also happens to be the varsity basketball coach). 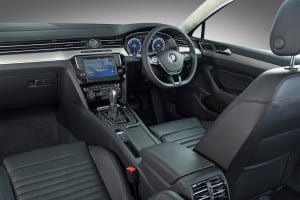 Its premium design is aimed at a demographic of twenty nine to fifty nine years of age, who may find the new Passat a bit to serious, albeit, its on-board technology will quell any ideas of it being boring. The look of the long horizontal air vents left me going mm, but the magnificent TFT touch screen got me saying wow. Besides its zero gravity comfort, interior space and GTI performance figures – it’s the Passat’s candy store of tech functions that may just tag the early achiever, or young millennial family. R-Line trim is standard on the 2.0L TSI only. 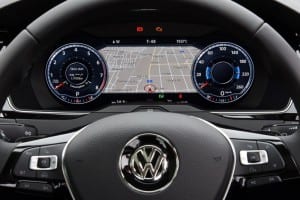 With three petrol engine derivatives, (1.4L TSI-110kw, 1.8L TSI-132kw and 2.0L TSI-162kw, all come standard with BlueMotion technology) to choose from, it is the 2.0L TSI that certainly makes the biggest impression. Frame and chassis are bolted onto VW’s MQB, (Modular Transvers Matrix), platform and with its 162kw of power and 350nm of torque,(likewise to that of the GTI), the Passat can sprint from 0-100km/h in 6.7’s and is limited to 246km/h. An excellent throttle response and a 6-speed DSG auto-gearbox gives it a great deal of pace off the line, as well as on the open road, making it easy to perform spectacular overtakes, while Passat’s Dynamic Chassis Control, selected to Sport mode serves up a more agile style of driving. D.C.C relies on information from the Chassis-CAN bus, which matches the exact dampener force to driver behaviour –or driving situation. Also among its bag of tricks is XDS+ (electronic diff), which improves traction and significantly reduces understeer. XDS+ is available only on the 2.0L TSI. 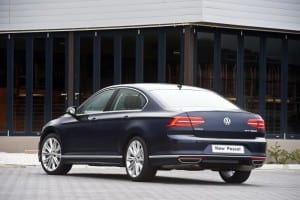 According to Volkswagen, they bench marked the new Passat against the C-Class Mercedes Benz, the Passat’s 5-Star Euro NCAP rating makes it one of the safest cars in the world and at a price of R476 800, VW are confident they will capture that segment of the market. So when you think new, think new Passat!