Ranger Rover Fifty marks a milestone for the British carmaker 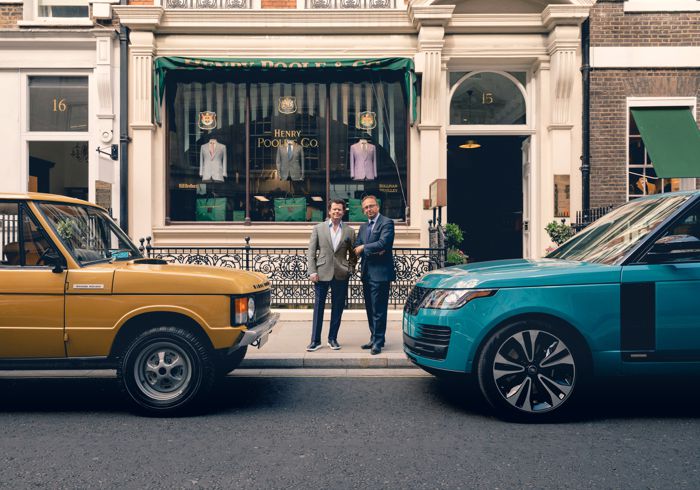 British car manufacturer Land Rover has been responsible for producing some notablemodels over the years, including the renownedand heavy-dutyDiscovery. There is one model, however, which has also developed a strong following over the last few decades – it’s the Range Rover and this year marks its 50th year of seamless production.

On 17 June 1970 Land Rover introduced the first Range Rover to the world, it was powered by a lightweight aluminium V8 and of course, it had 4WD. In only two years adventurers had discovered the reliability and go-anywhere prowess of the model and took the first Range Rover on an expedition across the length of the Americas and Darien Gap, the expedition saw man and machine cover a distance of nearly 30 000km. 400 of those km’s were through dense jungle and took a gruelling 99 days to cover.

Fast forward to 1986 and the first diesel Range Rover was introduced to the market. The oil burner was a 2.4-litre 4-cylinder turbocharged unit and after a long 24-years of production, the first generation Range Rover had to be put to rest, to make way for the long-awaited second generation in 1994. The firm made some serious progress with this iteration of the 4×4 SUV, this iteration was offered in a long-wheelbase chassis and available with air suspension. Between 1994 and 2012 two more generations were conceived as the model gained popularity, then in 2014, the brand decided to up the ante by introducing a potent Range Rover Sport with SVR treatment. The unhinged SUV set a new benchmark as the fastest production SUV in the world during its era. Not only did it have quick legs, but it also overflowed with charisma channelled through that supercharged 5-litre V8, which at the slightest provocation of the throttle cried out with a sonorous roar from its inner core.

To date, the brand has produced models such as the Velar and Evoque to beef up the Range Rover lineup, and in 2020 the Land Rover is celebrating five decades of producing the successful nameplate. To commemorate this milestone the company has partnered up with bespoke London based tailor Henry & Co who will create 50 custom made jackets for men and women. The jackets will be made from lambswool fabric with colours are inspired by the three original 1970’s Range Rover’s exterior hues. These colours will be combined to create the check fabric once-offblazers.

On the vehicle side, the firm marks this milestone by producing a limited-edition Range Rover Fifty – based on the luxurious Autobiography.The Fifty will be available in seven colours, including the original three heritage colours; Tuscan Blue Bahama Gold and Davos White. Since this is a special edition, only 1970 of them will be made.