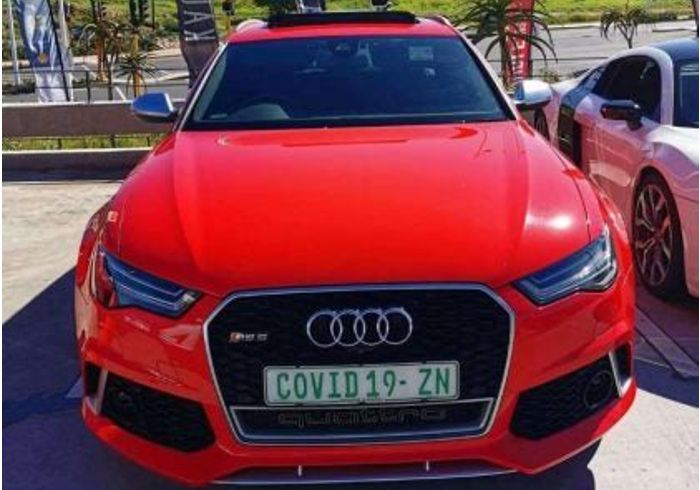 South Africans are guaranteed that measures are set up to identify, oversee and contain any instances of Novel Coronavirus since it has hit our shores. Up until this point, there are seven presumed cases revealed.

A recent picture of a red Audi Rs6 has been making the rounds on social media. Reason for the this is the interesting number plate that reads “COVID 19-ZN”. Traffic officials from Kwa Zulu Natal have confirmed that the spotted car is not registered to any owner.

The number surfaced recently after the first South African Coronavirus victims had been reported. This was after a group of 10 South Africans had travelled to Italy and contracted the virus there.

An official from the Road Traffic Management Corporation also confirmed that these plates were not registered to anyone. He also made it very clear that this is a criminal offence. According to the law, anyone found displaying a false number plate that is not registered on the Natis system can be arrested and charged with fraud as this is seen as an act intended to deceive a law enforcement officer. The punishment for this office is the car could be impounded to detect if the vehicle has been involved in any illegal activity.

Director of the Department of Transport Victor Chetty has asked that if anyone spots the vehicle to report it immediately to the traffic department as they are on the lookout for the vehicle.

Social media had a mixed reaction to the image. Some were able to see the lighter side of things while others made it clear that they did not find it funny as the virus was serious and has already claimed so many lives worldwide.