The folks at Seat must have spilled their tea when they heard the news. Just a few months after their hottest Leon Cupra set the fastest time around the hallowed Green Hell, Renault announced today that its Megane RS 275 Trophy-R stole the title. But it was only a matter of time we suppose: lately Renault has been fascinated with blitzing the famous circuit. They did it in 2008 with the R26R and again with the RS Trophy in 2011. 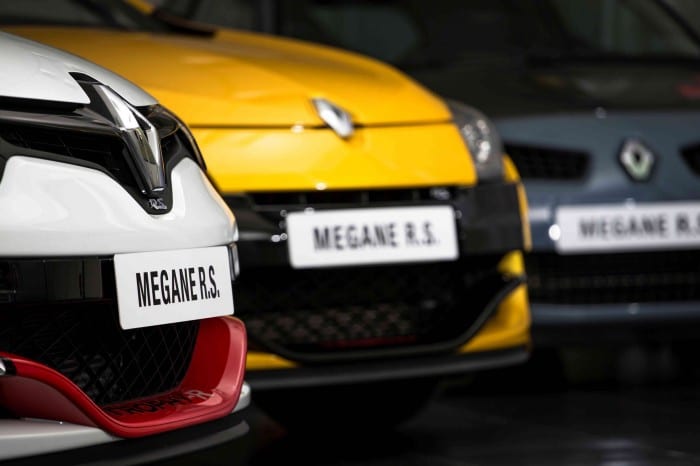 The RS 275 Trophy-R managed a lap in 7:54.36 (The Seat Leon Cupra 280 did it in 7:58.4) and Renault has only manufactured 250 units to be distributed over 15 countries. It received a thorough going over. Based on the recently-launched RS 275 Trophy, this model gained the letter “R” but lost almost 100 kilograms compared to its sibling. It is a strict two-seater and comes standard with the Cup Chassis, boasting a limited-slip differential. 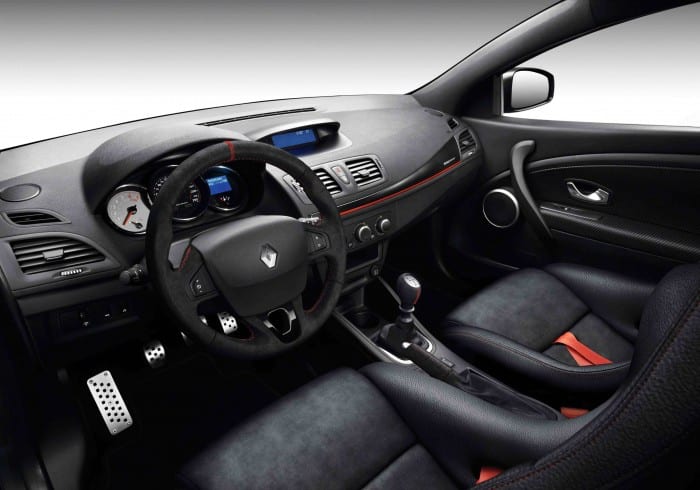 Power is rated at 205kW, it benefits from a titanium Akrapovič exhaust system and a adjustable dampers from Öhlins. Inside you’ll spot Recaro polycarbonate seats, which can be had with a six-point racing harness. Since there are no rear seats, a retention beam and safety nets hold luggage in place. Stopping power comes in the form of steel and aluminium discs which promise “sharper bite” according to Renault, for those track days. 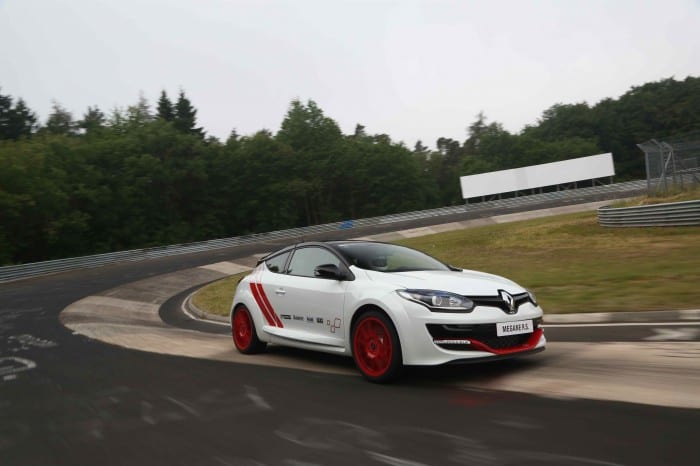 On the outside, the Trophy-R wears a two-tone colour scheme: black on the roof white on the body and the 19-inch Speedline wheels can be had in black or red. It’s interesting to note that this latest lap time is a whopping 14 seconds improvement over the record set by the RS Trophy in 2011. Renault attributes this to the insight gained in rallying and Formula 1 efforts, as well as hundreds of hours of testing in France, Spain and Germany. Whether the Trophy-R will be brought to our market is yet to be confirmed.