The puns were plentiful at the launch of the Renault Duster. South Africa’s motoring hacks pondered if the newcomer has the stuff to sweep buyers off their feet. And whether it’s able to clean-out the competition.

We put the Duster through hard-to-reach crevices in the Western Cape. It surprised us and the short answer is yes: it’s a competent, likable crossover that should seize the attention of buyers in this segment.

It’s less pretentious than its sibling, the Sandero Stepway and it doesn’t need the endorsement of a plastic-looking blonde to help it garner sales. 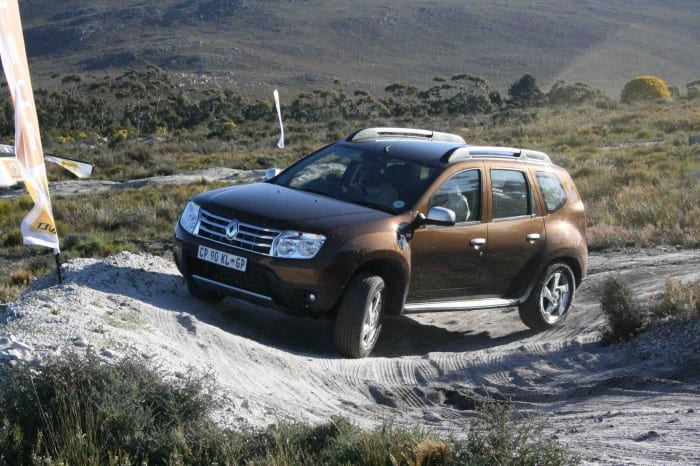 Although the perceived competition is the Nissan Juke and Ford EcoSport, Renault hopes the Duster will sway buyers from conventional C-segment saloon offerings.

The Duster aims to be all things, to all people. The space of a C-segment saloon, the cargo area of a D-segment SUV, off-road prowess to shame more expensive SUV offerings a specification level and price that’ll hit high on the bang-for-buck chart. 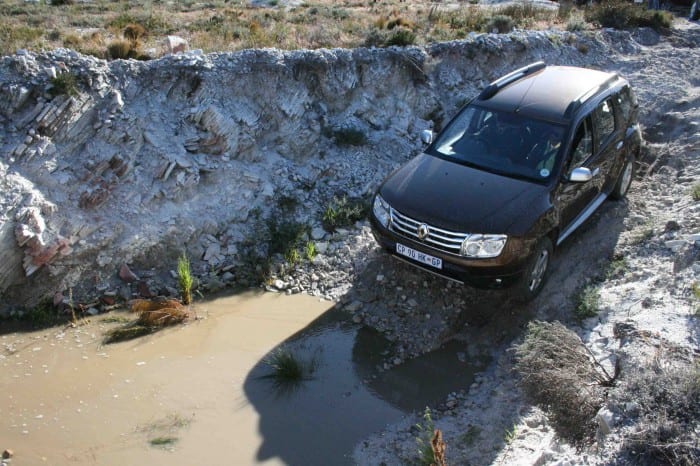 As much as Renault is trying to tout it as something for the real men out there, we think it’s going to curry more favour with the fairer sex.

And that’s despite the automaker’s choice to use a rendition of Boys Don’t Cry by The Cure in their advertisement.

The styling is chunky, funky and there’s something cute about the Duster’s ambition to be a real SUV.

Thankfully there are other shades available, rather than the dark brown hue you see in the pictures. All Duster models we sampled at launch were finished in this colour. 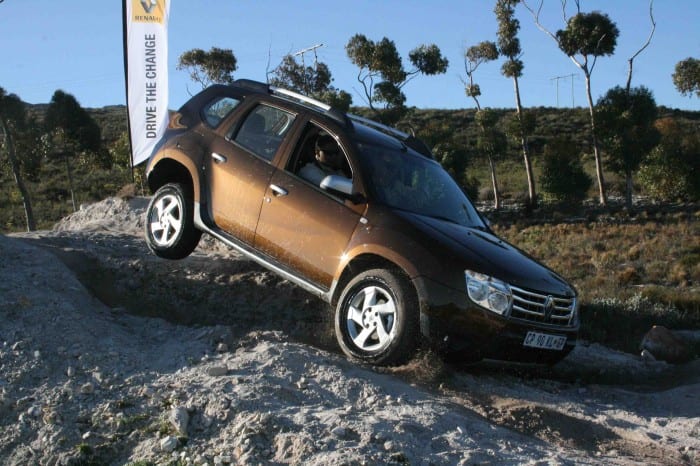 The Duster is available in four flavours. At the bottom-end of the scale is the 75kW 1.6 Expression. Renault anticipates it’ll account for 15% of sales in the range. Then there’s the 1.6 Dynamique.

Next is the 80kW diesel 1.5DCi, offered in Dynamique guise with 4×2 and 4×4 versions. Just like the Clio; standard kit is plentiful.

A colour, touch-screen interface with navigation is standard on Dynamique models. You also get electric windows, air-conditioning, USB connectivity and airbags – as you’d expect from a car in 2013 – across the board.

Boot space is one of the Duster’s biggest trump cards. The 4×2 derivative has 475 litres of cargo space; while the 4×4 version boasts 408 litres, because the all-wheel drive components demand the spare tyre be relegated to the boot, rather than under the car where it is on the 4×2 version. 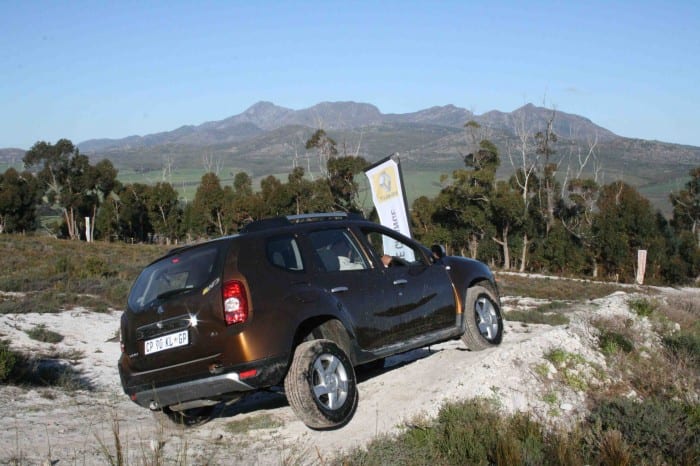 Dust in the wind

We spent all our time with the 1.5 DCi Dynamique 4×4 – the other derivatives were still on the ship, unavailable at launch.

It employs a revised version of Renault’s familiar K9K engine, which also features in the Megane and Scenic. Mercedes-Benz have even employed it in their A180 CDI.

There’s ample torque (240Nm) for uphill climbing in fifth gear and freeway cruising is its forte. Economy is good too, even with the all-wheel drive system doing its work. Expect figures in the region of 6l/100km. Shifting is dispatched via a six-speed manual transmission.

Since it’s been engineered with rough-and-tumble conditions in mind, the suspension is supple and compliant. It handled the rippled dirt roads of the Western Cape well. 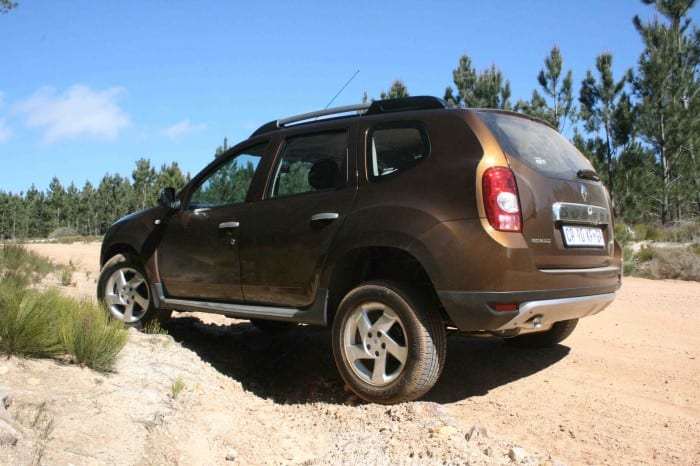 Out of the rut

Renault was so confident about its car’s rugged credentials, they let us take it out on a fairly challenging off-road course.

Now the Duster doesn’t have hill descent control or a diff-lock. You’ve got all-wheel drive and a mode which optimises braking and power deliver for off-road obstacles.

We gave our Duster test unit a workout most models will see in their lifetime. If you plan to conquer uphill climbs, log-bridges and steep descents, it works.

Ground clearance is instills faith, rated at 210 millimetres and it has a 30-degree approach angle and a 36-degree departure angle. 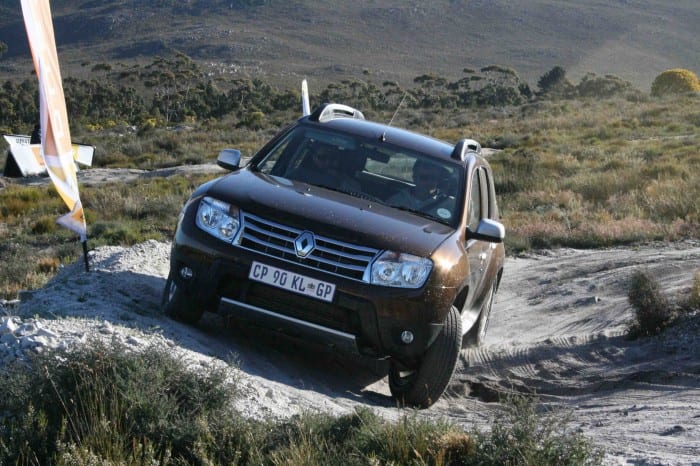 Renault has enjoyed a good year, thanks to newcomers like the Clio and naturally they’re confident this Duster will resonate well with local buyers.

Pricing is keen, ranging between R194 900 and R239 900 for the range-topping model. You also get Renault’s five-year/150 000-kilometre warranty, which has done well to boost the marque’s reputation for reliability.

It’s a complete offering. But we’re not sure if Renault’s hopes to dethrone established, evergreen players like the Corolla and Focus will materialise – as ambitious as they may be.