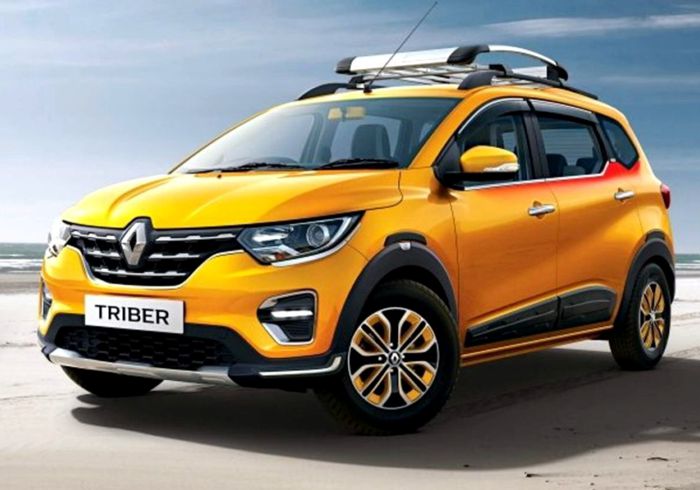 Renault has always been relatively reasonable when it comes to the pricing of their vehicles. The recently launched the Kwid which was impressively priced between R144 900 and R174 900. The Kwid was offering most cash strapped South Africans the opportunity to own a brand-new car at such an affordable price. Which would explain its popularity since its launch in 2016.

Even though the Kwid didn’t have much to offer in terms of variety in range and shape (as it is only available in hatch), most consumers could still choose from a variety of colors.

Now this French brand has decided to put themselves up or a challenge. Renault is hoping to make up for the lack of variety with the Kwid by introducing the Renault Triber. The Triber is set to be a bigger version of the Kwid and is set to be launched in February 2020.

The Triber will boast a bigger body and promises more space than the Kwid. It will be built on Renault’s CMF-A platform although it will be a modified version. The all new MPV will carry features that make it instantly associable with Renault’s other MPV/SUV variance.

Based on the pictures, it looks like the Renault Triber will be quite an eye pleasing offer. Looking at its features and front design, I can’t help but be reminded of the Kadjar. Renault opted to implement the Kwid’s 999cc three-cylinder engine. This engine produces 56kW and 96Nm and can be paired with either an automated manual transmission or a five-speed manual gearbox. Impressive!

So, what’s the catch? Or is it in the pricing? Although the Kwid is price competitively with a maximum price of R175 900, it can be expected that the Renault Triber will retail for under R200 000. Because the Triber is based on the Kwid, it’s only fair that it continues the budget friendly price tag. Renault wouldn’t want to chase away any potential buyers or scare off any current clients so it might be a smart idea to introduce it at a great price and gradually increase it over time.