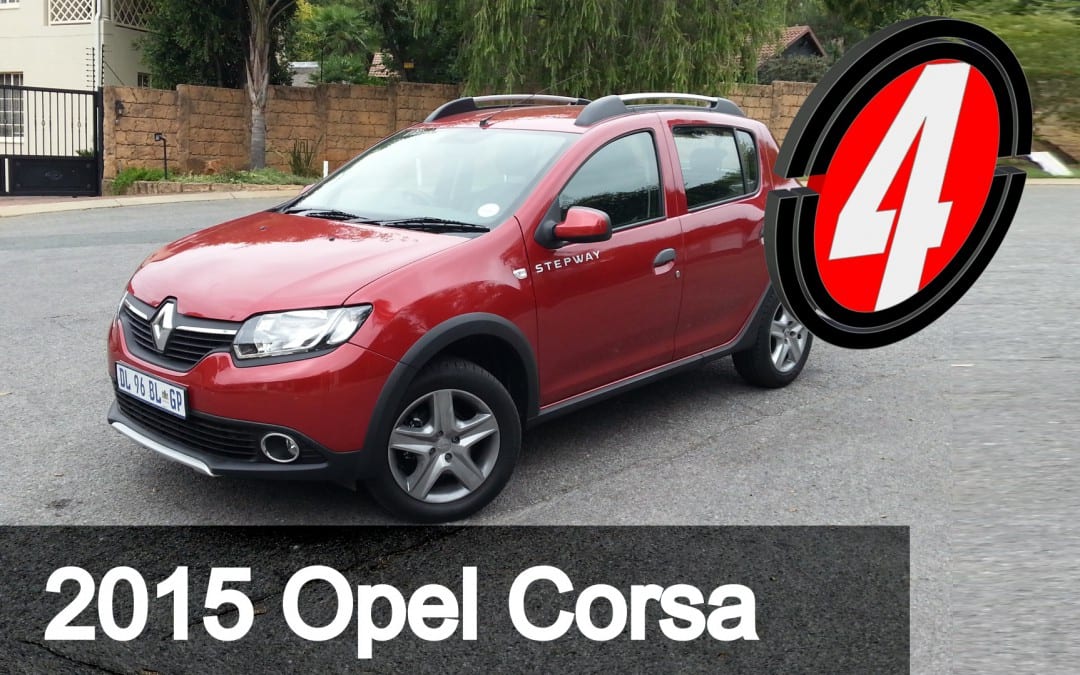 The new 2015 Renault Sandero Stepway doesn’t step to far away from its previous generation models and still offers entry level modest motoring with a feasible price tag. The five door cross-over is a shining light in the dark tunnel of South Africa’s overpriced car market – satirical for being brand conscious and status driven. 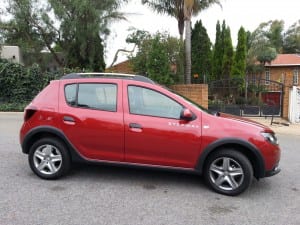 The Sandero’s stylish and contempary aerodynamics are nothing to sneer at – and its distinct ground clearance unveils the Stepway’s versatility and outdoorsy impetus. On some remote island somewhere no one would really care that the front electric window switches located on the centre console and the rear window switches between the driver’s and passenger seats, offer very little ergonomic value and are a possible distraction while driving. The shape of the steering wheel for some reason reminds me of a piece of clothing belonging to Miss Bridgette Jones. The bare necessities are on hand, the Sandero features an easy to use BLUETOOTH/AUX/USB Audio function – very analogue but a standard accessory on the Stepway and not an addition that comes at an extra cost on other cross overs of the same class. 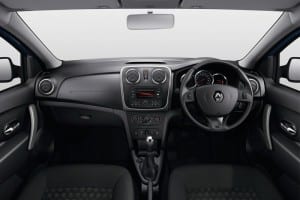 It’s a genuine open road cruiser and on the contrary the 66kw, 135nm 900cc 3-cylinder turbodiesel engine is light footed to keep up with an ant farm of urban traffic, that dollops along without a care in the world. Full safety specs include ABS with EBA/EBD, ESP and most useful HSA and rear parking sensors. Handling feedback from the car is clear, BOTH HANDS ON THE STEERING! The body roll quite nervously off-sets the balance of the vehicle -so avoid driving like a runaway glacial ice sheet and the Sandero Stepway whose go with the flow suspension rides in comfortable tandem with the terrain of the tarmac -humming to the tune of, Celine Dion’s, My Heart Will Go On! The Stepway does offer superb fuel saving with Renault claiming a fuel economy of 5.5L/100km on the combined cycle. 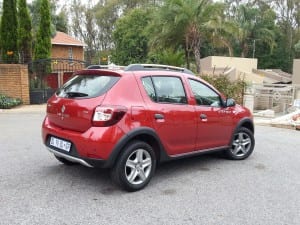 The new 2015 Renault Sandero Stepway is competitive with all other cross over brands of its segment. Renault’s rabbit in the hat price of R174 900 which may just be a better value for money option against other flagship cross overs like the Suzuki Ertiga, Toyota Avanza and the Nissan Grand Livina – because at the end of the day, Sushi is still just raw fish and Ratatouille is still A French cuisine.