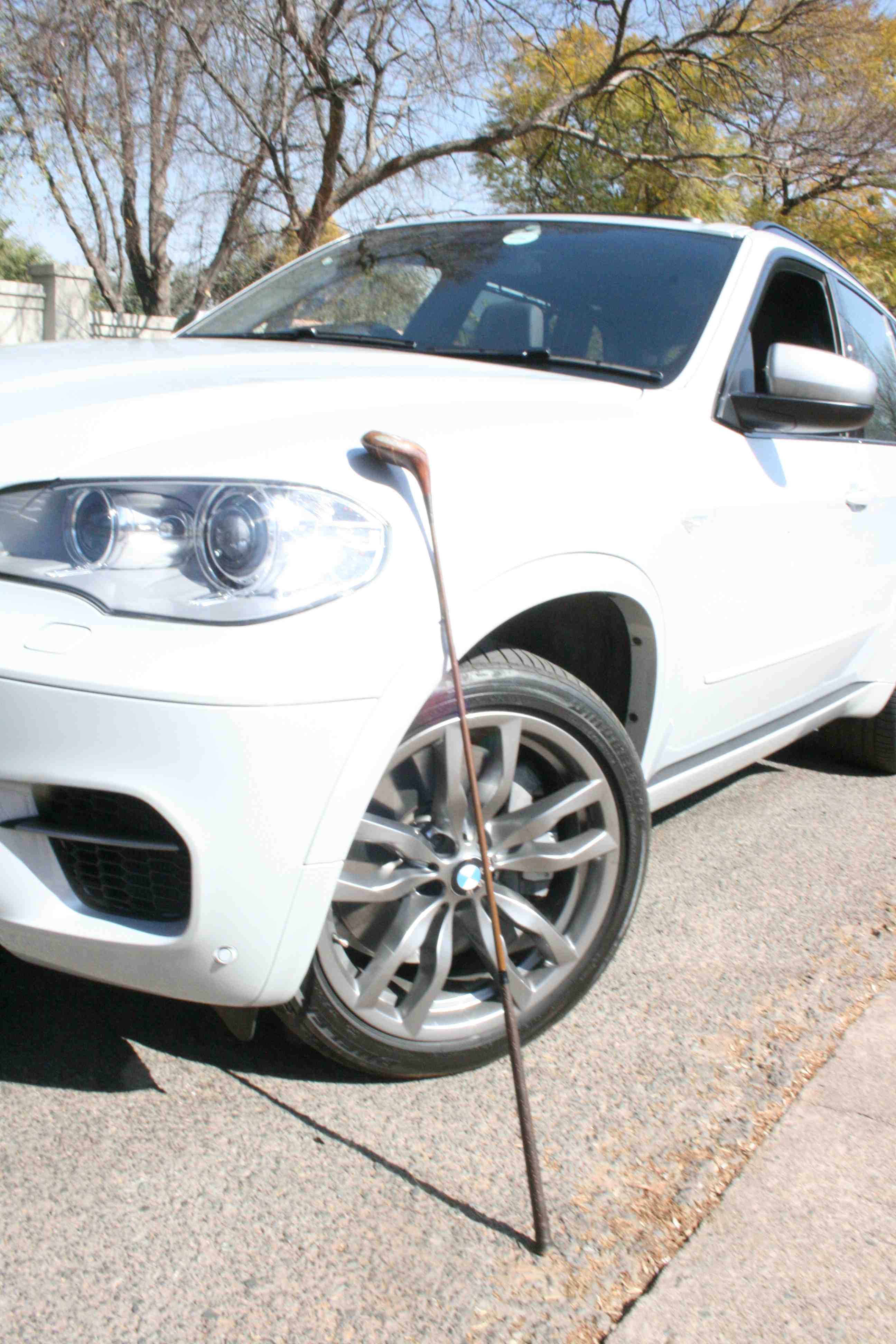 The jury is out on whether the BMW X5 M50d is a bona fide M-badged offering. Aficionados often expound vehemently on how the hallowed Motorsport moniker has been diluted. Nowadays you can have the most humble 116i with “M” accoutrements. 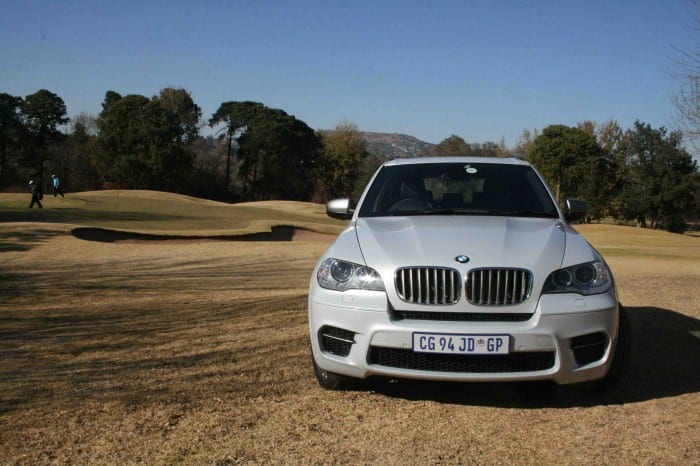 What can’t be doubted is this model’s progression of diesel technology. It’s an ambassador for the institution, proof that in 2013, it’s possible to have your cake and eat it. This M50d derivative will have the staunchest petrol-heads reconsidering their stance.

Fire the M50d up and it idles with a smoothness that rivals the equivalent petrol-engined derivative.

All that gives its diesel heart away is a mild clatter on start-up – but those with less keen aural senses won’t even detect this.

In typical BMW fashion, it’s a straight-six affair. While it’s not as sonorous or sultry as the petrol counterpart, it growls fiercely. Take any diesel stigma you know and discard it. This is a far cry from your beloved uncle’s tractor-like Audi A4 1.9 TDI of old.

Not only is it willing to hit the higher units of the tachometer – uncharacteristic for a diesel – lag is nonexistent. As it should be: there are three turbochargers strapped to this mill.

Yes, forum trolls will point out that the xDrive50i is in fact more powerful, even thought it goes without the M badges. But we implore you to try and achieve 13l/100km with that derivative, driving with a hard foot. And if you really want to get pedantic, you can drop the fact that this diesel Beemer is 0.1 of a second faster to 100km/h. 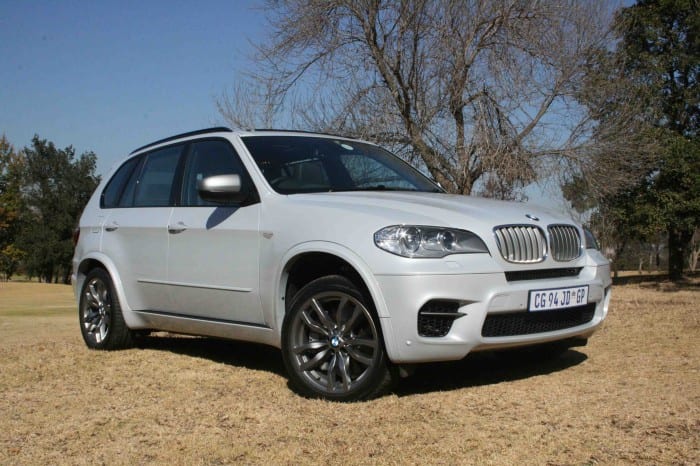 Large Sport-Utility Vehicles have a tendency to lumber along with all the grace of a circus elephant. Take the Jeep Grand Cherokee for example.

As you would expect from the purveyors of “Sheer driving pleasure”, the X5 moves with a tangible measure of grace. It feels more maneuverable and nimble than its size suggests. You can throw it into twisty bits without pushing the limits of dignity.

But it isn’t devoid of criticism. The ride is hard. Too hard. Harder than the average family in want of an SUV would appreciate. On rippled road surfaces it’s jarring and uncomfortable. At town speeds, the steering feels heavier than it needs to be: this artificial weight its, no doubt, to achieve a sense of connection and “sportiness”.

On the freeway it tracks forth with admirable fidelity. No crosswinds nor tram-lines can tempt the Beemer astray. A heads-up display ensures eyes are always kept on the road ahead. 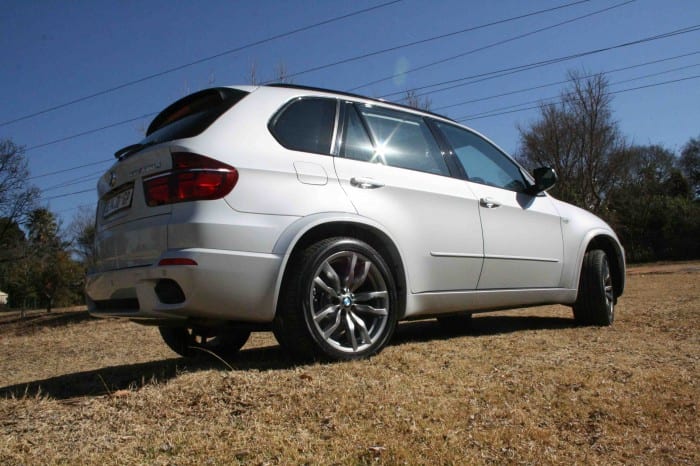 Apart from faithfully serving well-heeled families, you know this X5 will land employment as an efficient minister-mover.

The brutish, imposing persona of the X5 lends itself to such a role. Decked with the beefier “M” embellishments, it’s a venerable Teutonic rhinoceros. Nobody dares mess with it.

If you’re lusting after the M50d derivative, this X5 would be the one to have over the hopelessly pretentious X6 “Sport-Activity Vehicle” sister. 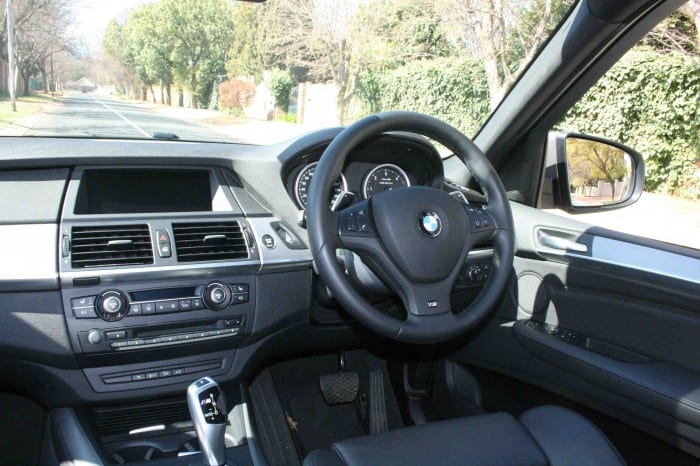 The M50d performs like a healthy athlete and despite its heft handles with the poise of a ballerina.

We can’t forget that it’s a bastion for the wonderful honing, refinement and all-round advancement of diesel technology.

But unless a 0-100km/h time of under six seconds is at the top of your list of criteria, we think the cheaper xDrive40d would serve just as well.