There is no standalone automaker in this age. For survival it is imperative that manufacturers hop into bed with each other.

Synergy, cross-pollinating ideas and resources is what has saved numerous nameplates from falling into obscurity.

Chrysler and Fiat are bedfellows and the relatively young Italo-American relationship has borne sweet fruit. The Chrysler 300C is one of them. 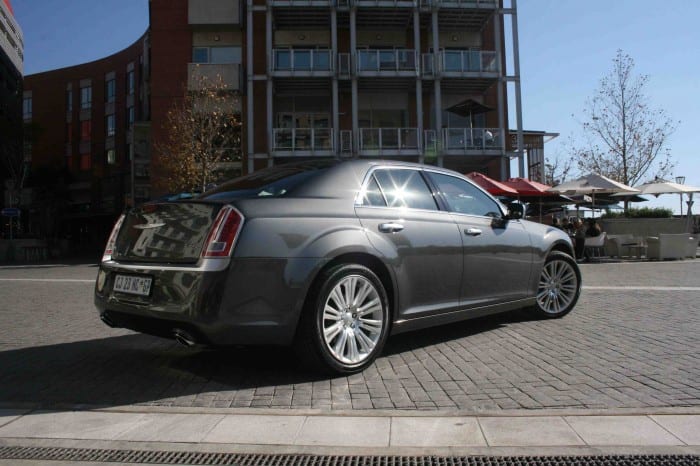 You can tell the Chrysler was made for the long, straight American roads after a stint behind the wheel.

If we compare it to the benchmark BMW 5-Series or underrated Audi A6, it feels less sharper. But not all buyers want the firmness and cornering poise of the Beemer. Let’s face it: in Johannesburg motorists spend most of their time in traffic, rather than on the sinuous layout of the province’s backroads.

We thoroughly enjoyed the cosseting and comfortable ride of the 300C – which, by the way, relies on the underpinnings of the previous generation Mercedes-Benz E-Class. This is one of the last pieces of evidence testifying to the Daimler-Chrysler marriage.

The three-litre diesel engine, developed with Fiat, is a gem. It delivers an abundance of power without straining your wallet. If the SRT version is out of your range, this is the one to get. Avoid the thirsty, asthmatic Pentastar V6. The old Chrysler 300C had an interior as tawdry as that of the local Teazers. There was cheap plastic everywhere and everything felt more synthetic than the average exotic dancer.

Things are more upmarket this time around. Natural leather and real wood are some of the things to get excited about.

And its front seats are supremely comfortable. It’s like settling into your favorite couch at home. They’re also heated and ventilated – rear passengers benefit from this feature too. The man who conceived the idea for the heated steering wheel should be given a Bell’s.

The UConnect touchscreen interface means an uncluttered fascia. But the system is so fiddly you wish for conventional buttons instead. We like the placement of the steering audio controls – behind the right and left spokes of the rim. They’ve tried to tone down the “gangster” styling on the new model. But it still looks pretty thuggish – even Dr. Dre approved, starring in the 300C commercials for the US market.

This 300C wields more presence than its German rivals. It’s an executive saloon for those who want to stand out. Most buyers mind find it too bling; compared to the classy albeit reserved Teutonic trio.

But if you’ve got a keen eye, there are many cues to admire. The sloping rear incorporates slight fins, like any American car from the 1950s. And the front LED lights, when illuminated, look like the striking make-up on a Maori warrior’s face. 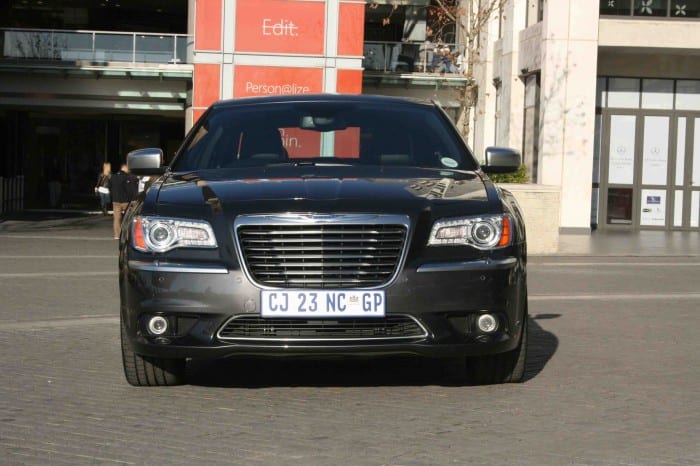 This medium-sized executive saloon segment is fierce. The German triumvirate dominates the scene and this young American has to fight hard for its share of the pie.

Since its August 2012 introduction, Chrysler has managed to sell 275 units of the 300C. It will always be a niche offering.

The 300C is a well-sorted car from the American manufacturer, but its bold, bling personality might not appeal to everyone.